Tax Day is coming. TikTok wants you to #BeCyberSmart. 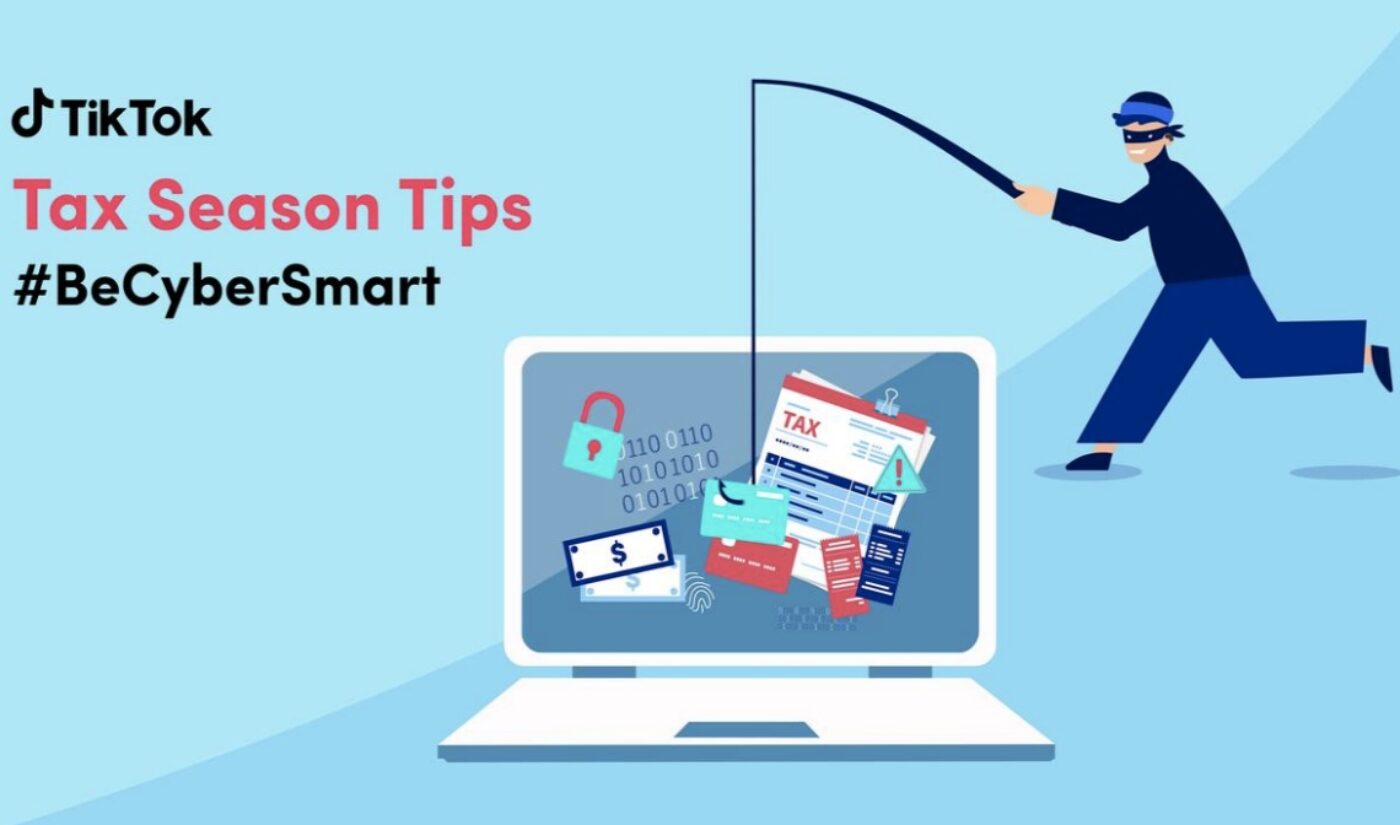 Believe it or not, it’s possible to get credible tax advice from TikTok, but not everyone is out to save you money. The days leading up to April 15 are high season for scammers, shysters, and identity thieves, so TikTok wants to do its part to protect you from those ne’er-do-wells. Its #BeCyberSmart campaign is taking on tax fraud with an array of informative videos from CPAs, lawyers, and cybersecurity efforts.

The tax season edition of #BeCyberSmart is a response to the increasing popularity of the content category known as #TaxTok. Videos sporting that hashtag have received more than 367 million views, which suggests that plenty of young filers are turning to TikTok in order to figure out how to send the government as little of their money as possible. Because they don’t have as much experience dealing with the IRS, those first- and second-time taxpayers are common targets for fraudsters who pose as federal agents.

“Last year, the IRS identified over $10 billion in losses from tax fraud and financial crimes,” reads a TikTok blog post. “With Tax Day around the corner, cybercriminals may be primed to unleash a range of nefarious tactics — whether on a connected device or a landline — to trick people into unwittingly handing out sensitive information.”

The tips offered in the #BeCyberSmart clips tend to be pretty straightforward: Watch out for phishing scams, use VPNs and two-factor authentication to secure your tax documents (particularly when on public wifi), and remember that the official IRS website ends in dot-gov. Many of the videos, such as the ones posted by cybercrime fighter Ian Mitchell, discuss common examples of malfeasance in simple terms. You won’t need an encyclopedic knowledge of tax codes to understand Mitchell’s messages.

@ian.t.mitchell_ Advice from my son Leif about watching out for tax fraud. His real reactions… maybe a future fraud fighter like dad? @theknoble #becybersmart ♬ Too Good To Be True – Ian Mitchell

If you’re browsing TikTok and you see a scam that sounds like the one Mitchell is describing there, the app wants to make sure you know how to report it. After tapping the three dots in the upper right-hand corner of the screen, you can navigate through the drop-down menus until you find the “frauds and scams” category. You can also share suspicious videos with the FTC, IRS, Treasury Inspector General for Tax Administration, and Identity Theft Resource Center.