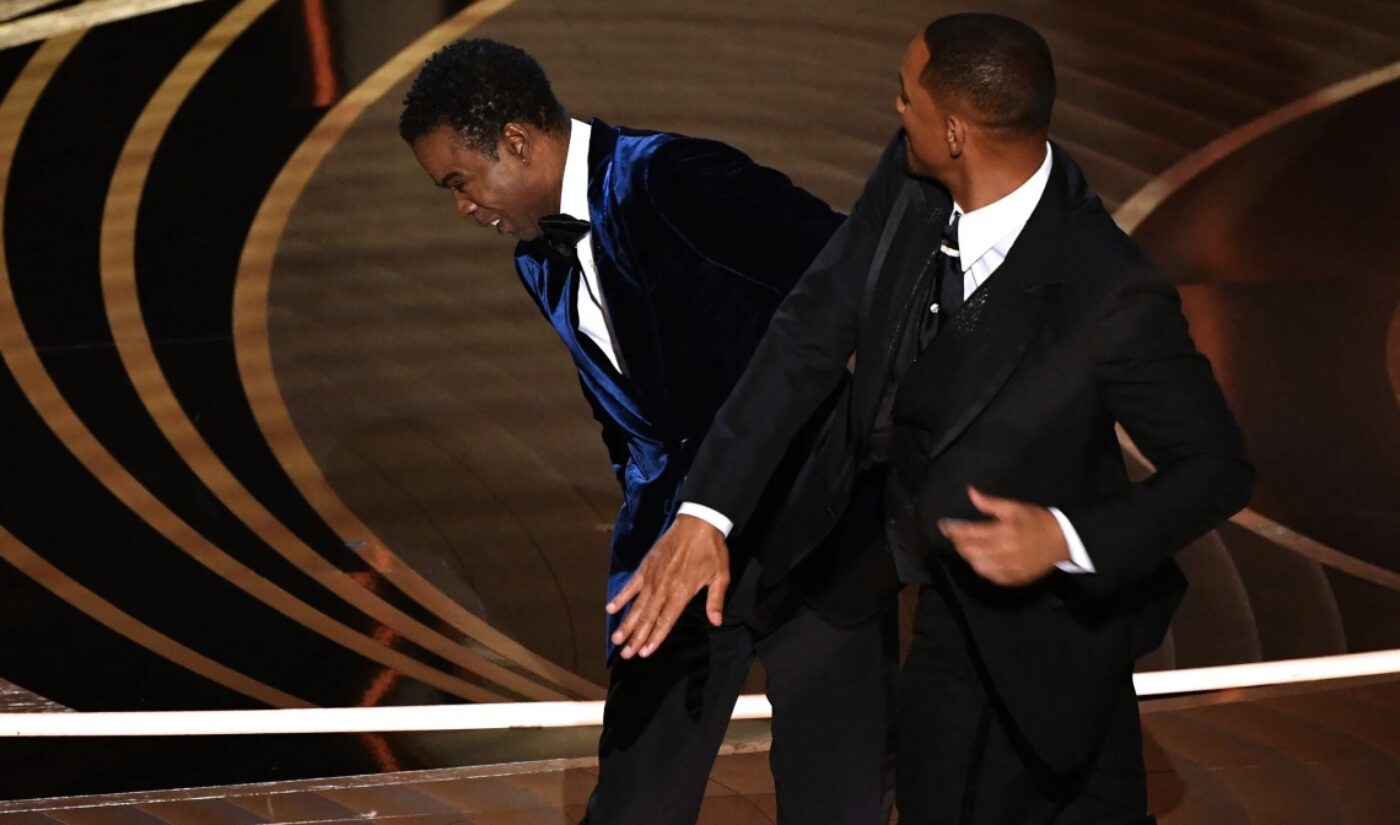 Will Smith hit Chris Rock at the Oscars, and ever since, YouTube viewers can’t stop slapping the play button.

In the days following Oscar Sunday, videos related to The Slap have dominated YouTube’s trending tab. The channel sitting atop that feed is the official home of The Guardian, which hit the jackpot by uploading footage of the incident. That clip has proven so popular that the British newspaper has broken several viewership records set last year by MrBeast.

Last November, MrBeast got 42.6 million views in a single day after he debuted his recreation of the hit Netflix series Squid Game. At the time, the only videos to get more YouTube views in a 24-hour period were either music videos, movie trailers, or past editions of YouTube Rewind.

Not anymore. Though ABC was quick to hit the dump button once Smith and Rock started cursing at each other, some international feeds remained uncensored. The Guardian provided that unedited perspective on its channel, and YouTube viewers ate it up. According to Dexerto, the Guardian video rolled up more than 48 million views in just 16 hours. That was more than enough for it to smash MrBeast’s one-day mark, and it will probably beat the Squid Game recreation to 100 million views, too. MrBeast needed about four days to cross that threshold, and at the time of this post, The Guardian‘s clip has more than 73 million views in less than two days of activity.

It shouldn’t come as a surprise that this video is shattering records; after all, the reason YouTube was invented in the first place was to provide access to this type of content. Famously, co-founder Chad Hurley was inspired to develop a video hosting platform after he was unable to find footage of Janet Jackson’s Super Bowl nip slip on the internet. That moment and this one have a lot in common. In both cases, viewers were eager to get another look at a network TV moment that had been altered by quick cuts in real life. And both incidents left approximately one million-bajillion hot takes in their wake.

No matter how many records The Guardian ultimately claims, this video is sure to go down as the most-watched slap in YouTube history. Sorry to Logan Paul, Davie504, and “How can she slap!” Will Smith has them all beat.