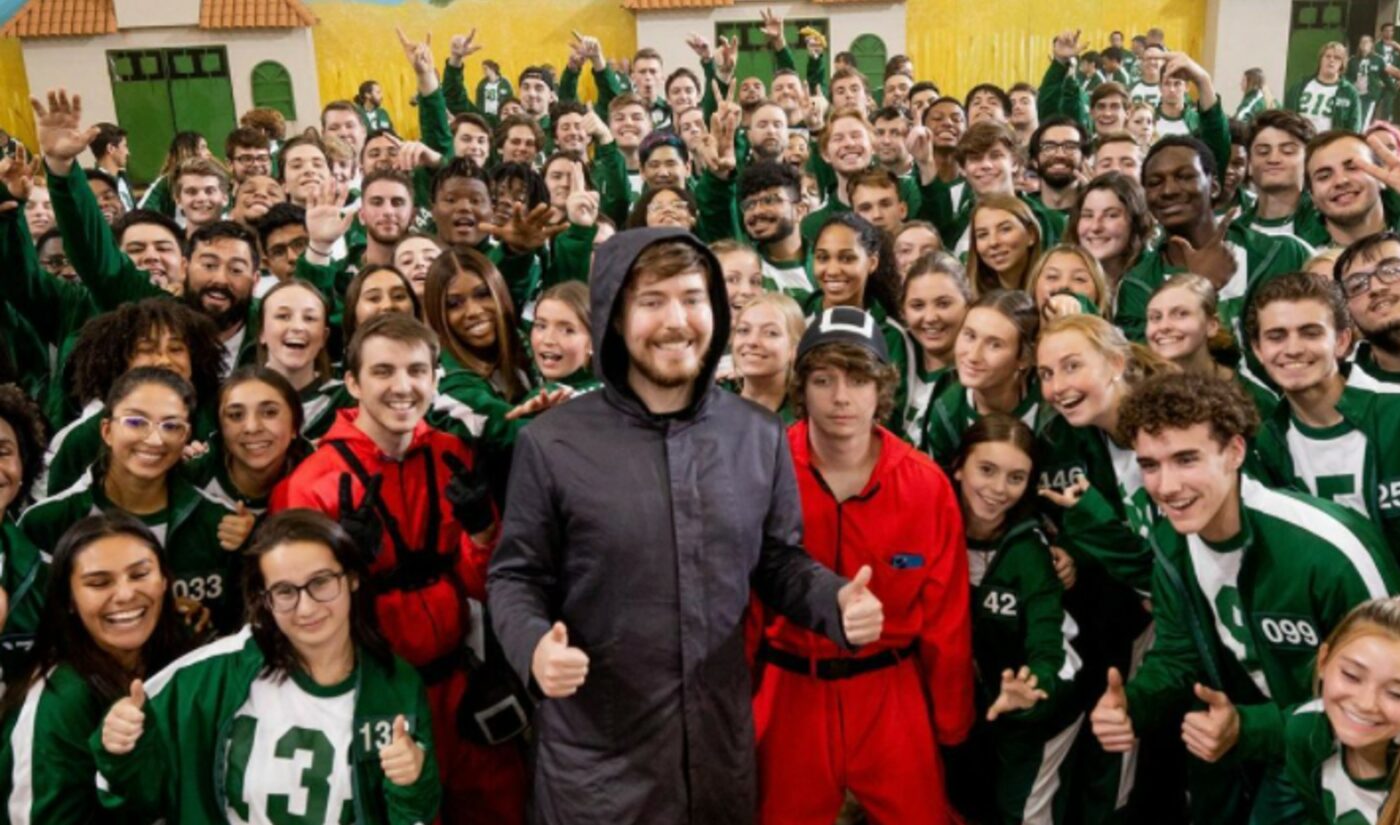 Reed Duchscher, the founding CEO of talent management company Night, who reps MrBeast, says the 26-minute video has broken a litany of records beyond its staggering 123 million viewcount.

$456,000 Squid Game In Real Life!, which published on Nov. 24, is the most-viewed non-music video, non-movie trailer, or non-YouTube Rewind video within a 24-hour period, Duchscher said — to the tune of 42.6 million views. It’s also the fastest non-music video to reach 100 million views, achieving the feat in less than four days, Duchscher tweeted.

MrBeast, whose real name is Jimmy Donaldson, has been teasing his Squid Game video for weeks, after the grim Korean Netflix drama — in which down-on-their-luck citizens participate in childhood games for the chance to win millions of dollars, but are killed if they lose — became a viral smash in September. Donaldson has said that recreating the series’ eerie and eye-catching sets cost him a cool $3.5 million. All 456 contestants received $2,000 for participating, with the runner-up taking $10,000 and the winner going home with $456,000.

The video was sponsored by Brawl Stars, a mobile game from the Finnish publisher Supercell, with cameras provided by GoPro and visual effects by SoKrispyMedia.