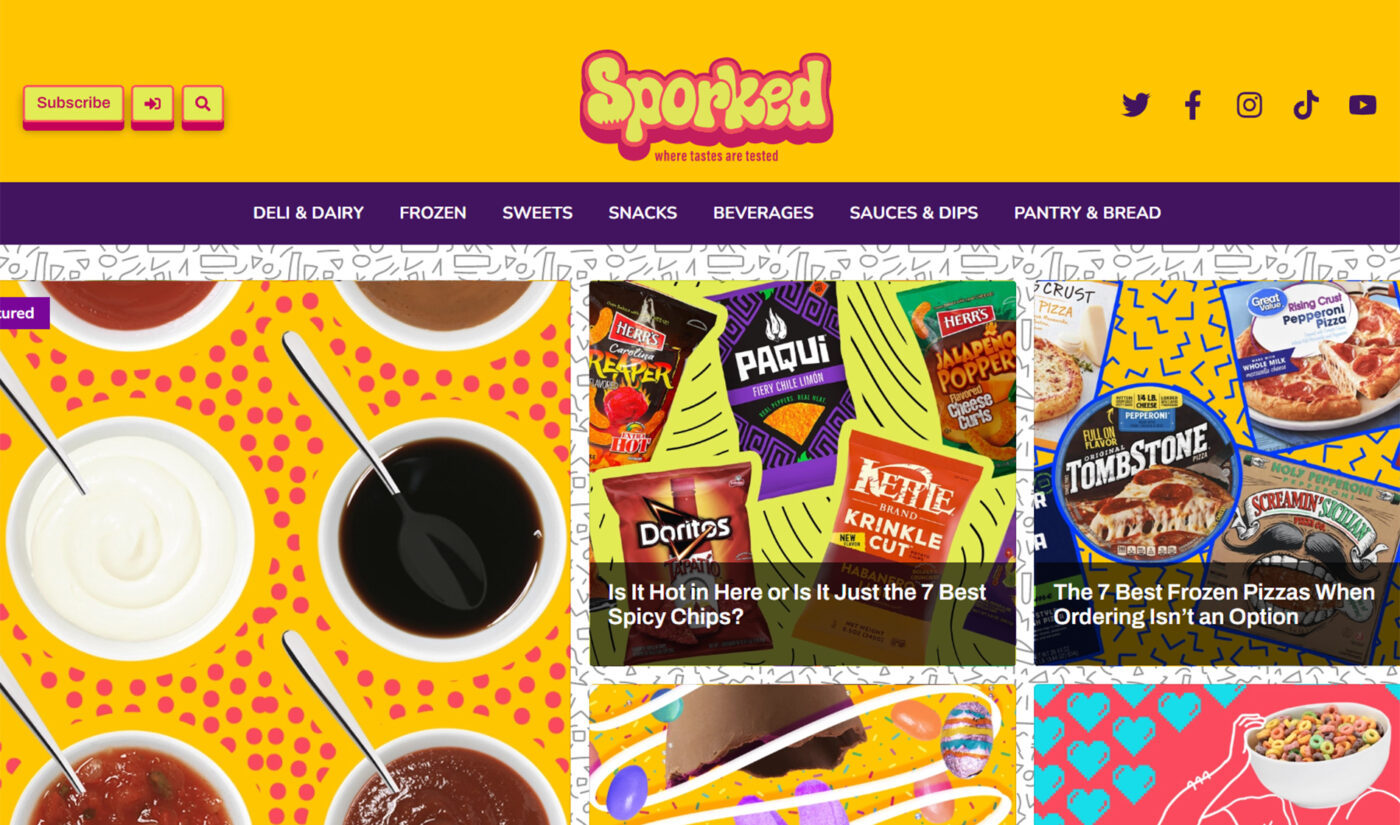 Rhett McLaughlin and Link Neal’s Mythical is dishing up its first foray into publishing.

Foodie-focused Sporked launched today stocked with vital insights like a definitive ranking of uncomfortably sexy cereal mascots, an (objectively correct) argument for why it should be normal to consume sauces like soup, and “why Easter candy absolutely rips.”

Mythical—owner of McLaughlin and Neal’s long-running YouTube series Good Mythical Morning as well as comedy group Smosh—decided to launch the site after McLaughlin found himself stymied at the grocery store, trying to remember which jarred marinara sauce he and Neal had rated No. 1 in a past episode of Good Mythical Morning (17.5 million subscribers).

He opted not to rewatch the episode in the middle of the store, but figured: What if there was a text version of Good Mythical Morning’s years of culinary discoveries?

And thus, Sporked was slipped into the Mythical oven. Now it’s emerged with a goal of “being the go-to source for all grocery aisle (or online checkout) decisions,” Mythical says.

In addition to naming Sterling its editor-in-chief, Sporked has brought in Gwynedd Stuart as managing editor, plus Jordan Myrick and Danny Palumbo as staff writers.

McLaughlin and Neal are also expanding their culinary portfolio elsewhere: The duo is set to host Food Network/discovery+ show Inside Eats, premiering April 24.

Friends and @Mythical stars @rhettmc and @LinkNeal are going behind closed doors and into secret test kitchens and research centers of America’s favorite foods! #InsideEats with Rhett & Link premieres Sunday, April 24 at 10:30|9:30c. Stream it the same day on discovery+. pic.twitter.com/qedsAIwoUp