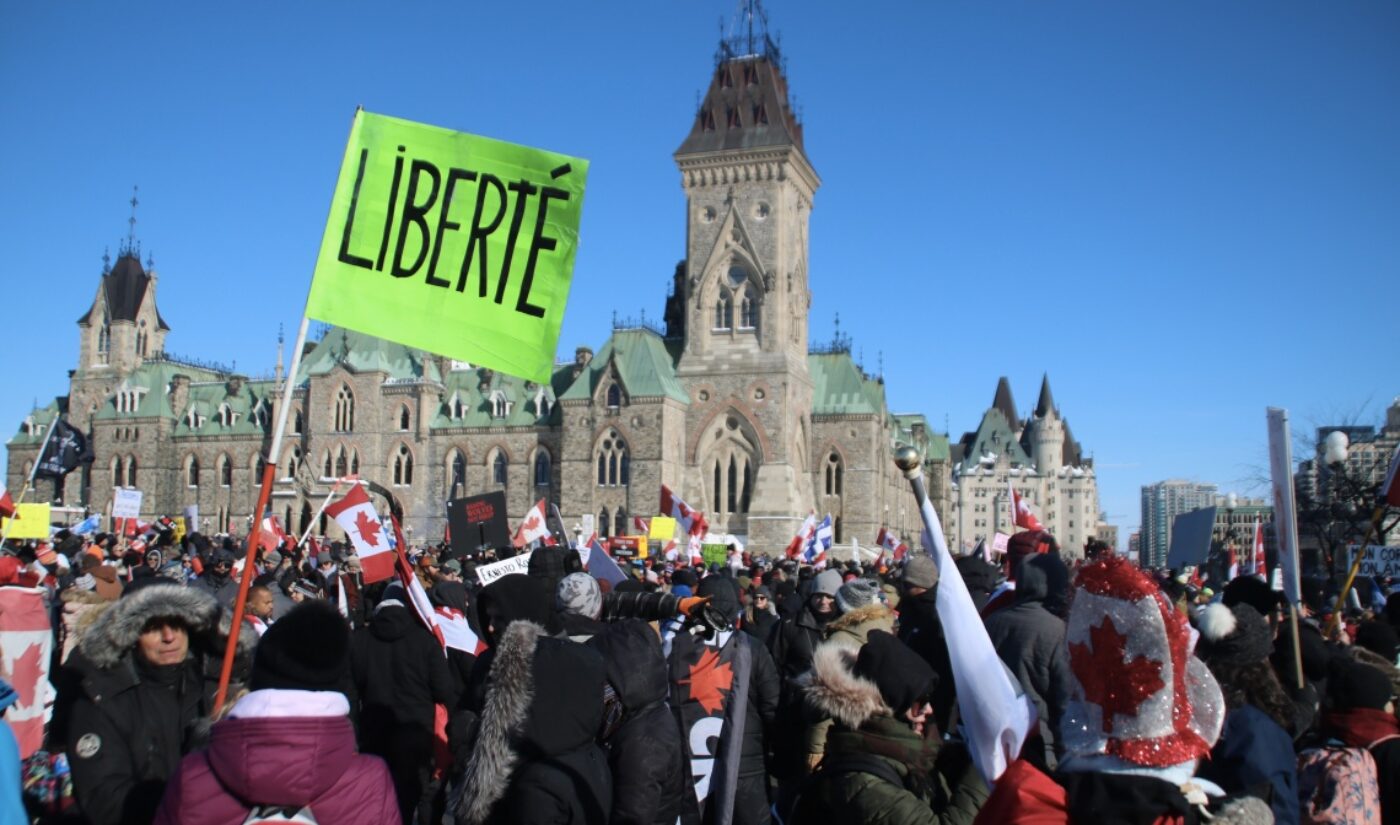 When events like the Canadian trucker convoy protests (pictured above), the COVID-19 pandemic, and the January 6th insurrection occur, misinformation spreads across the social web. During those times, YouTube relies on edicts like its sensitive events policy and borderline content policy, which give it license to demonetize videos that could be spreading misleading statements.

Demonetization is (in theory) one of the most powerful tools in YouTube’s arsenal. After all, if bad actors can’t make money on videos, they can’t fund new ones, right?

It’s not that simple. New research from Cornell Tech details the moneymaking strategies used by creators of “problematic” content. Compared to their rule-abiding counterparts, these videomakers are 12% more likely to utilize revenue streams outside of the YouTube Partner Program — including merch, affiliate programs, and fan-funding services like Patreon.

Cornell Tech examined the monetization habits of 130,000 YouTube channels. The first takeaway is simple: Off-YouTube revenue streams are growing in popularity. In 2008, only 2.7% of the channels in the sample utilized “alternative monetization.” Of course, at that point, platforms like Patreon and Spring didn’t exist yet. By 2018, 20% of the surveyed channels had added off-YouTube revenue streams. Now, in 2022, that figure is up to 61%. The steady stream of demonetizations since the 2017 Adpocalyse has surely contributed to this rising trend.

The people who have their videos regularly demonetized by YouTube are more likely to make use of these “alternative” sources of income. According to the study, 68% of channels making “problematic” content — which includes alt-right and conspiracy videos — have turned alternative monetization, compared to 56% among channels that don’t fall into that category.

Protocol discussed the case of Turd Flinging Monkey, which is (shocker) frequently demonetized on YouTube thanks to the risqué nature of its content. When it announced it was “Leaving YouTube” in 2020, it shared links in the video description that led to hosting platform BitChute, chat server company Discord, and Patreon. According to the study, that channel is making between $900 and $4,000 per month on Patreon.

That monthly gross is small potatoes compared to some of the problematic channels that are using Patreon. The study noted there are at least a dozen such channels hauling in six figures there; the fan-funding platform announced plans to crack down on QAnon in a 2020 blog post.

“But wait!” I hear you saying, “Isn’t this a good thing? Shouldn’t it be easy and profitable for creators to expand their revenue beyond YouTube ads?”

You’re not wrong. A YouTube spokesperson informed Fast Company that there are 10 different ways to monetize on YouTube, with new features being added all the time. No one should suggest that this preponderance of fundraising options is anything but a net positive for the creator community.

The ‘let’s all work together’ model of demonization is nice in theory, but it gets upset if even a single platform panders to the financial needs of rabble-rousing influencers. In truth, the root of this problem goes deeper than any of these individual companies. Unless we decide to unplug from the internet forever, the bad actors will find some site where they can spread their ill-informed viewpoints.