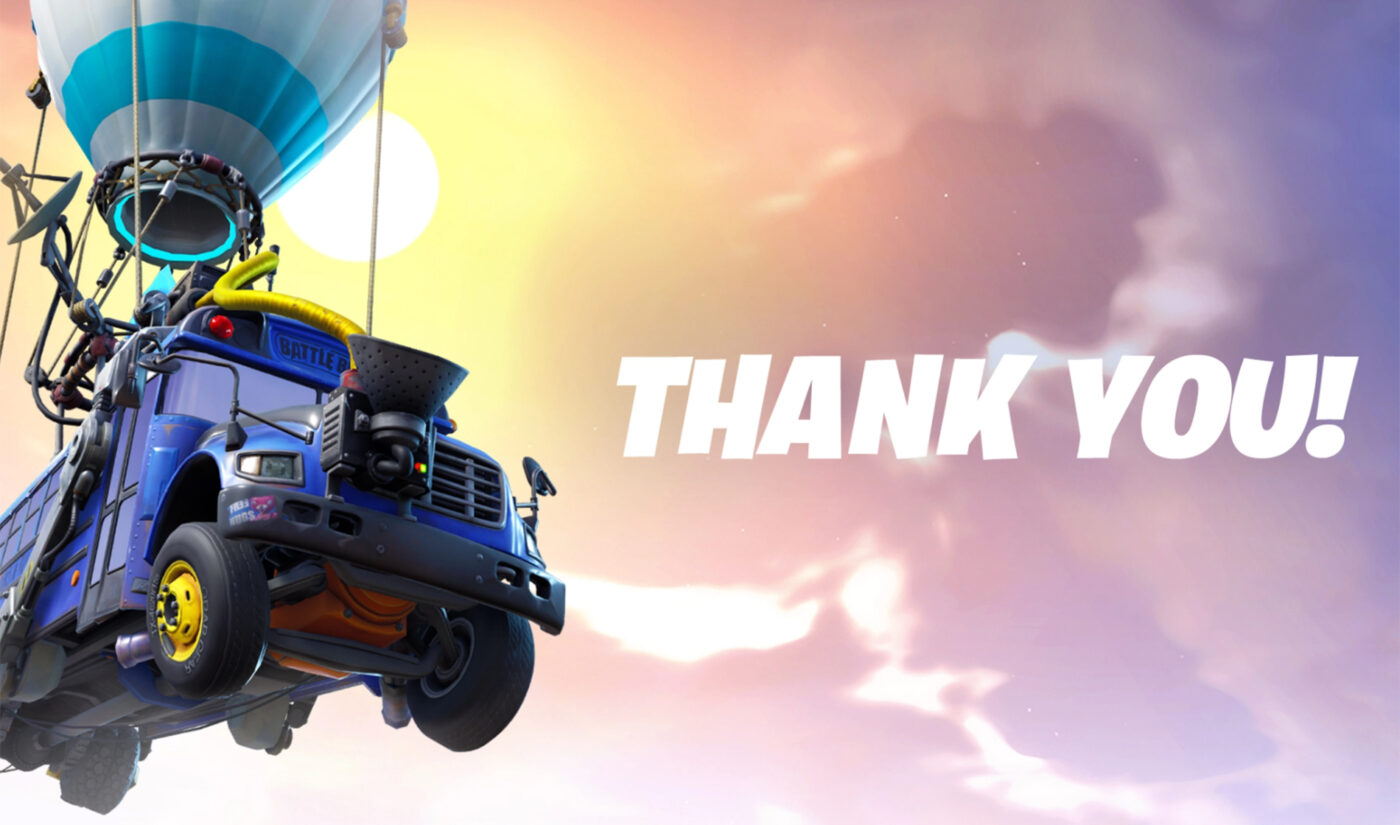 Epic announced yesterday that from March 20-April 3—the first two weeks of Fortnite‘s new in-game season—it would donate all proceeds from Fortnite purchases to relief efforts.

“Fortnite purchases” covers a broad range of buys, from the base game itself to packs of Fortnite’s currency V-Bucks to character cosmetics. (And, since the new season just launched and it’s stocked to the gills with popular Marvel characters, we’re betting a lot of proceeds are being generated by purchases of the season battle pass, which costs around $8.)

Fortnite took to Twitter this morning to reveal that in just over 24 hours, players’ purchases have already sent $36 million to UNICEF, the United Nations World Food Programme, refugee agency UNHCR, and Direct Relief.

In a company blog post, Epic Games said it is supporting orgs that are “on the ground providing emergency aid, including health support, food and clean water, essential supplies, legal aid, and shelter.” It plans to add more organizations to the list “in the coming weeks,” it added.

Funds are being distributed to organizations as quickly as possible, Epic said.

“We’re not waiting for the actual funds to come in from out platform and payment partners, which can take a while depending on how the transaction was processed,” it explained. “As transactions are reported, we’ll log them and send the funds to the humanitarian relief organizations within days.”

Epic’s FAQ also touched on something concerning creators. For anyone wondering, donations won’t affect creator code earnings. Epic said that for the next two weeks, it will fund creator affiliate code payments itself, separately, so creators will still get paid their slice even as all proceeds go to aid.

If creators want to chip in and donate their affiliate code earnings, they should try to partner directly with a relief organization, Epic advised.

In addition to aid money coming from Fortnite purchases made through Epic Games’ own store, proceeds from Fortnite sales on Xbox will be donated, too. Microsoft-owned Xbox confirmed on Twitter that it will donate “net proceeds” for the two-week period.