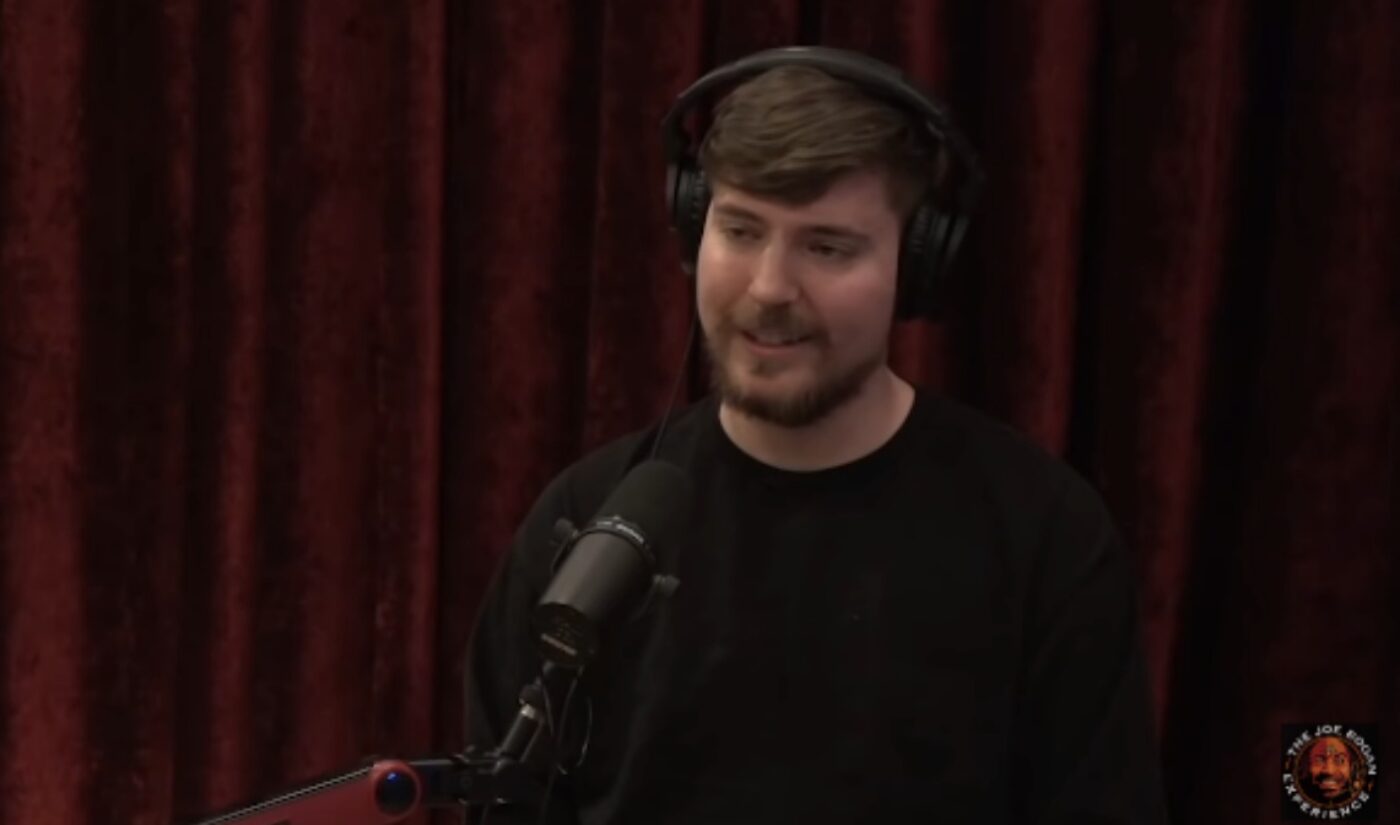 The app known for its hyper-addictive algorithm has claimed another victim, and he just so happens to be the biggest YouTube star in the world.

Jimmy ‘MrBeast‘ Donaldson was Joe Rogan‘s guest on an episode of The Joe Rogan Experience that was released on Spotify on March 7. During his chat with the controversial podcaster, Donaldson enlightened listeners regarding his work ethic, production strategies, and consumption habits. Among other details, Donaldson noted that he uninstalled the TikTok app from his phone, because he was spending too much time on it.

The MrBeast channel is far bigger on YouTube than it is on any other platform. Donaldson is actively attempting to expand his reach — he told Rogan about the process he uses to dub his videos into languages like Spanish, Portuguese, and Japanese — but don’t expect him to become a TikTok power player anytime soon. He said that “90% of his work” goes into YouTube, compared to “1 to 2%” for TikTok.

Why isn’t Donaldson a fan of the app so many other people love? He and Rogan both have concerns about TikTok’s lack of security and the massive amount of data tracking that happens on it. But the simplest answer is that Donaldson doesn’t want to spend that much time scrolling. “I found I was spending two hours a day on TikTok,” he told Rogan, “that’s when I uninstalled it.”

Here, via Dexerto, is the portion of the podcast episode that concerns TikTok:

Joe Rogan and MrBeast think TikTok is spying on them 👀 pic.twitter.com/gAHFkh1zeM

Plenty of other interesting tidbits came out of the episodes. Rogan has always been a curious person, for better or for worse, and his inquisitive nature wrung plenty of insights out of his guests. Including:

Donaldson prefers making a few great videos to a lot of mediocre ones.

To put this philosophy into action, Donaldson must be unafraid to scrap a video idea, even if he’s already spent $1 million on it. He is able to support this risky videomaking style thanks to the dependable, lucrative formats he uses on his gaming and reaction channels.

Despite his fame, the star of MrBeast isn’t interested in lavish spending.

Aside from his massive production budget, that is.

Donaldson says it would be “hypocritical” if he carried out the mission of his Beast Philanthropy channel while living in a $10 million mansion. “I think living your life chasing a nicer and nicer car, and a bigger and bigger box to live in is kind of like a dumb way to go about life,” he told Rogan.

He didn’t always feel that way. He described one phase when he splashed on expensive designer clothes, but he ultimately lost those possessions when his home was burglarized. That incident seems to have given him a lot of perspective on his spending habits.

The creator said he looks to Elon Musk when it comes to long-term goals. The Tesla, PayPal, and SpaceX co-founder uses his wealth to help him jump from one company to the next. “Maybe when I’m 30 and if I’m not doing YouTube anymore, I’d move, take the money and move on to the next business,” Donaldson said.

The idea of YouTube without MrBeast may be hard to imagine right now, but as he thinks about it, nobody would have ever predicted a college dropout from North Carolina could make it this far. “People would have bet a million dollars I wouldn’t be a YouTuber,” he said. “It didn’t make sense.”

For more details from Donaldson and Rogan’s conversation, head over to Spotify.