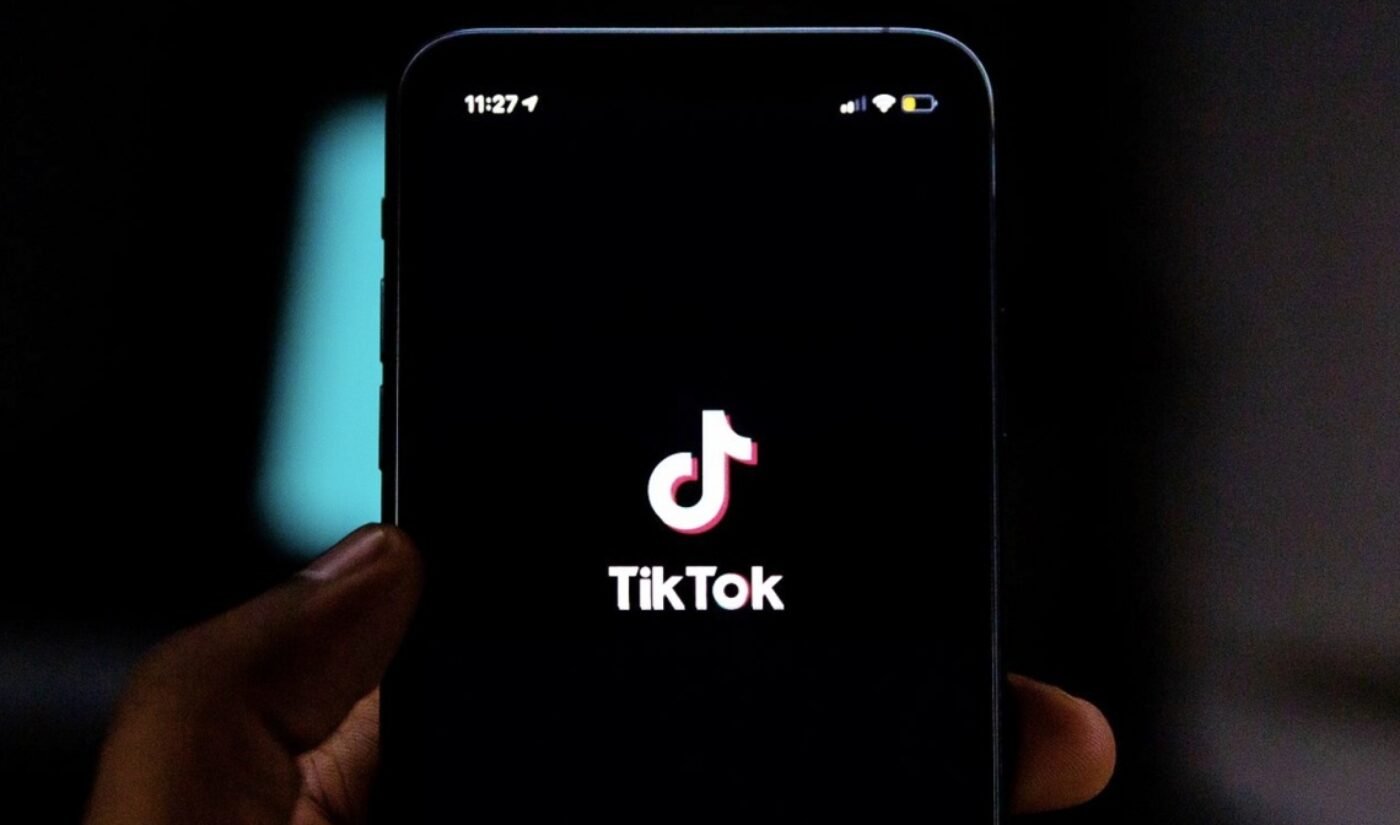 YouTube has been the undisputed top dog in the online video industry for a decade and a half, but TikTok is cultivating an astonishing user base of its own. According to new data from eMarketer, TikTok’s market share is advancing at a faster rate than YouTube among Gen Z consumers.

To compile its latest report, eMarketer surveyed internet users from five different generations about their media consumption habits. The first and foremost conclusion we can draw from the resulting data is that YouTube is as dominant as ever, with two-thirds of the U.S. population tuning into Google’s video platform at least once a month.

Among one specific generation, however, TikTok is gaining ground. 82.7% of Gen Z respondents said they visit YouTube monthly, compared to the 60.7% of that population that logs onto TikTok. To put those numbers in perspective, keep in mind that YouTube’s total user base is more than two times bigger than TikTok’s.

Also, among certain demographics, TikTok adoption is increasing at a rapid rate while YouTube adoption stays relatively flat. Among U.S. consumers between the ages of 12 and 17, YouTube usage rose 1.5% percent between 2020 and 2021, while TikTok usage jumped 13.6% over the same period. For the 18-to-24 age group, 85.4% of respondents visit YouTube monthly, while 73.9% of them venture over to TikTok. If current trends hold, eMarketer’s data suggests that the gap between those two percentages could be closed later in the 2020s. 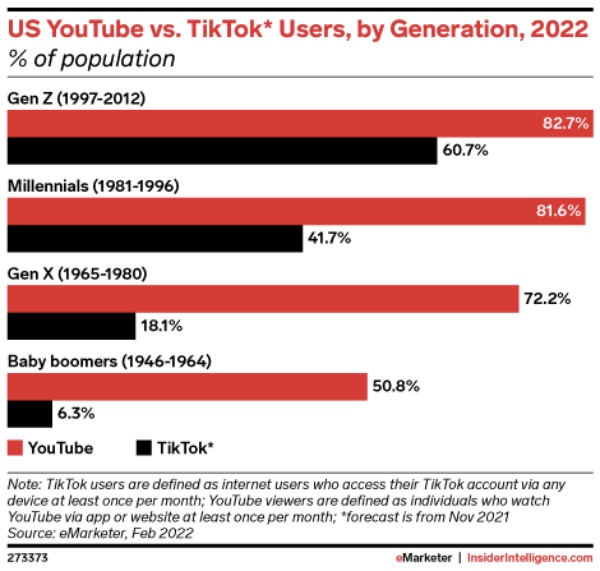 Careful readers will notice that I said five generations were included in the report, but only four are included in the above chart. The missing cohort is Generation Alpha, the little kids born after Gen Z. More than half of children between the ages of 0 and 11 watch YouTube on a monthly basis, eMarketer said. Comparatively speaking, TikTok has yet to achieve market penetration among that group, with just 4.6% of Alpha (Alphans? Alphabets?) watching the Bytedance-owned platform.

It’s not just young kids who love YouTube: The eMarketer data also revealed that the gap between monthly TV viewers and monthly YouTube viewers has shrunk to just 15 million. Don’t be surprised if you hear a YouTube exec repeat that one when they take on the upfronts this year.

You can get your hands on the full version of eMarketer’s US Social Video Usage 2022 Report by clicking here.