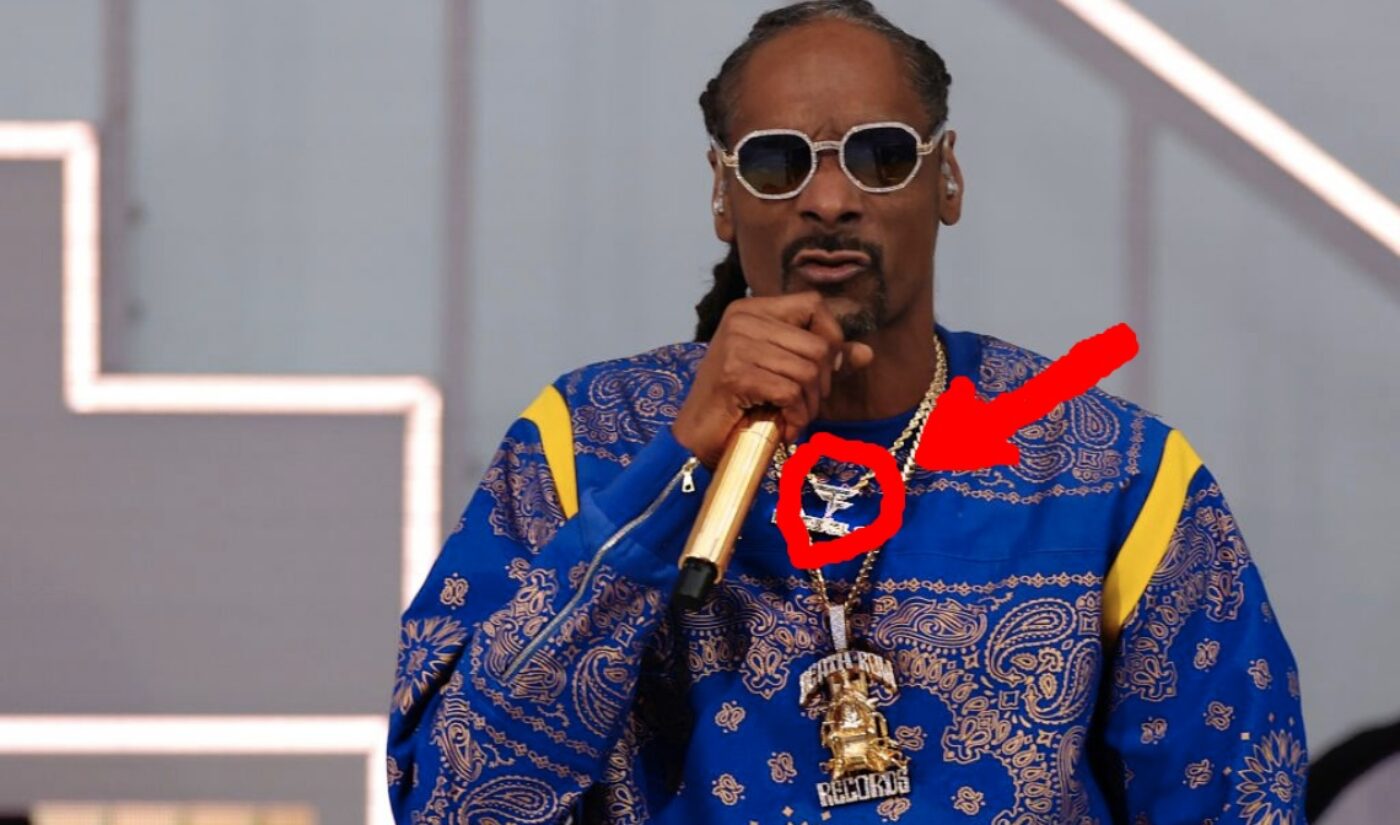 During this year’s Super Bowl halftime show, if you looked closely at Snoop Dogg‘s chest, you could see a glittering letter F right above his Death Row Records bling. That emblem is the logo of FaZe Clan, the entertainment company known for its massive network of gaming and pop culture content.

As it turns out, the FaZe chain around Snoop’s neck was an easter egg. The iconic rapper has signed a deal with FaZe Clan that will see him create content under the name FaZe Snoop. When FaZe becomes a publicly-traded company, Snoop will join its board of directors.

As part of the deal, the D-O-Double G will participate in key FaZe initiatives and will work with the company to launch new merchandise. He is expected to assume his place on the FaZe board at some point in Spring 2022; that’s when FaZe plans to arrive on the NASDAQ exchange. The gaming network is going public by merging with B. Riley Principal 150 Merger Corp (BRPM), which is a special purpose acquisition company (SPAC). That transaction comes with a $1 billion valuation for FaZe.

Snoop Dogg was introduced to FaZe thanks to his son Cordell, who is a fan of the popular talent collective. With Cordell’s help, FaZe founder Tommy “Temperrr” Oliveira dropped off a “FaZe care package” at Snoop’s compound in Inglewood.

More recently, FaZe donated $25,000 to Snoop’s Youth Football League as part of a charity flag football game that occurred on February 12th. Initiatives like those will be a big part of Snoop’s identity as a FaZe content creator. Through his partnership with the brand, the West Coast hip-hop legend will launch a community outreach program that will support at-risk youth.

“It only makes sense to partner with FaZe Clan as both a team member and on the Board of Directors,” said Snoop Dogg in a press release. “The youth identifies with their brand and that’s something my son Cordell knew, which is why he brought us together.”

Snoop may be a new member of FaZe Clan, but he’s hardly new to the online video world. His 2012 agreement with Maker Studios was a landmark deal between a traditional celebrity and a multi-channel network, and his official YouTube channel now reaches more than eight million subscribers. He’s made music videos alongside YouTube trendsetters like Psy, Ricky Dillion, and Jesse Wellens, launched a web series with AOL, and teamed with YouTube for an April Fools joke.

A lot has changed in the online video industry over the past decade, and when Snoop joins FaZe Clan, he will be one of several traditional media celebrities to have his own channel within the sprawling network. FaZe’s roster of more than 85 partners includes sports stars like Kyler “FaZe K1” Murray and Lebron “FaZe Bronny” James Jr., as well as musical artists like Lil Yachty (“FaZe Boat”) and Offset (“FaZe Offset”).

FaZe said that it will deliver a full list of its post-merger board of directors “later this month.”