Creators can run ads in Facebook Reels. And take home a cut of the revenue. 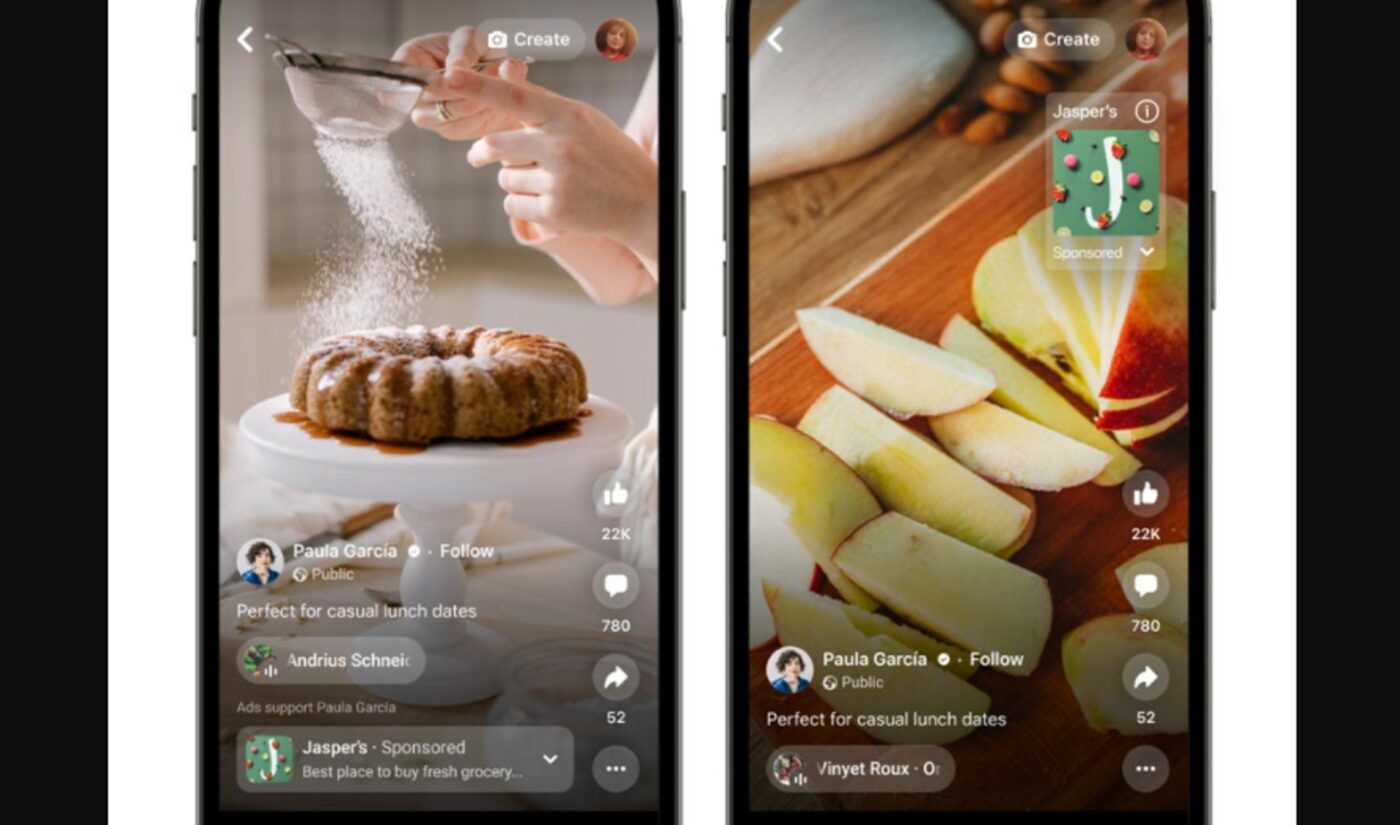 Facebook is going global with its TikTok-like Reels format — which arrived on Facebook last September after debuting on Instagram — and introducing new ways for creators to monetize them.

“Reels is already our fastest growing content format by far,” Facebook CEO Mark Zuckerberg shared in a post announcing the updates. The company also said that video currently accounts for almost half of the time that people spend on Facebook and Instagram. Beginning today, Facebook Reels will be available in 150 different countries on both iOS and Android.

On the monetization front, Facebook is bringing overlay ads – which include semi-transparent banner and sticker ads – to all Facebook Reels in the U.S., Canada, and Mexico today, and to other countries in mid-March. While banner ads appear at the bottom of a Reel, Stickers can be placed anywhere within a Reel by creators — though creators don’t have any creative involvement in the ad beyond placement.

In order to be eligible for overlay ads, which are opt-in, creators must have at least 10,000 followers, 600,000 total minutes of view-time in the last 60 days, and at least five active videos. During the tests, Facebook tells Tubefilter that it will give 55% of revenues to creators, and retain 45%.

It’s worth noting that all of the aforementioned updates only apply to Facebook Reels, and not those on sister platform Instagram.

Additionally, Facebook will roll out fullscreen, immersive ads between Reels “soon,” Zuckerberg said — though there won’t be any creator rev share for these placements. The company will also begin testing Stars – which allows viewers to send creators tips in the form of a virtual gift — on Reels in coming weeks.

Facebook has already been compensating creators for their Reels as part of its $1 billion investment announced last summer. The Reels Play bonus program, for instance, pays creators up to $35,000 per month for their Reels, and Facebook says it’s expanding this bonus program to more countries.