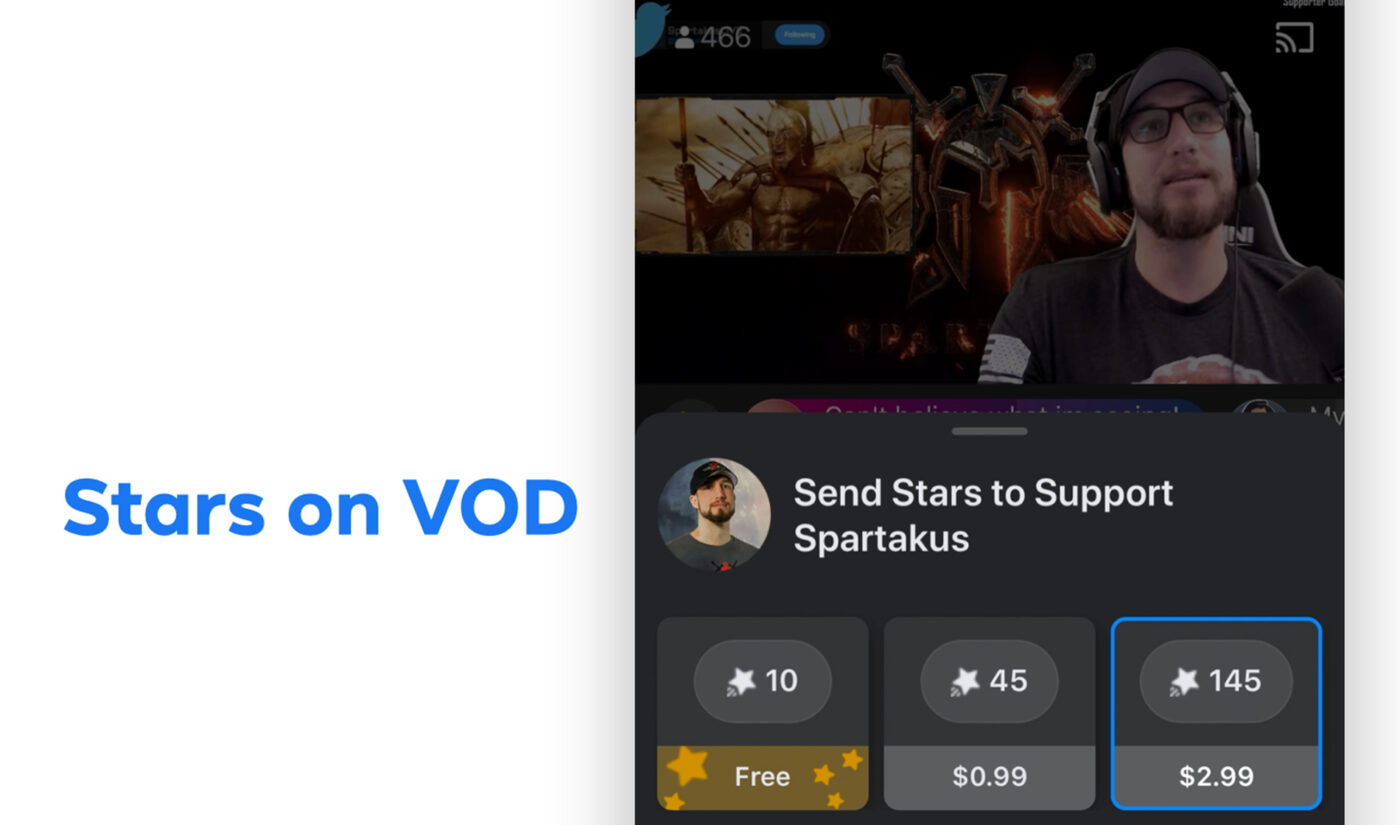 Facebook Gaming has historically focused its monetization attention on creators who livestream. But that’s now changing.

The social network today introduced its first monetization tool for creators who upload video-on-demand (VOD) content rather than live streams. It also unveiled new ad breaks for livestreamers, and announced the expansion of its Level Up program to nine new regions.

“We want to build the best platform for millions of creators to make a living,” Facebook CEO Mark Zuckerberg said in a post on his Page. “That includes game streamers and gaming creators, and today we’re starting to test some new tools to help them.”

Facebook’s monetization for VOD creators is starting with a single feature: an expansion of Stars, the onsite tipping currency users have long been able to give creators during live streams. The company is working with a “small group of creators” to pilot test gifting Stars on VOD content, it says.

This test involves figuring out how to carry over Stars’ main feature–the ability for users to attach personal messages for creators to their contributions–from live streams to VODs. On live streams, creators can respond directly to these messages while broadcasting. To replicate this for VOD content, Facebook is adding a tool that’ll let creators respond to Stars messages individually or in batches.

Creators can also set Stars goals for each VOD upload, Facebook says. A real-time counter on the upload will display the goal and the amount of Stars gifted thus far.

Called Live Breaks, the feature consists of manually triggered 30-second, 90-second, or 150-second ad breaks that “incorporate a mixture of standard mid-roll video ads and creator-generated or viewer-generated content, such as highlights and clips of amazing plays or curated calls to action for viewers,” Facebook says.

Live Breaks are only available for Facebook Gaming partner streamers, and for now are being tested with a “limited number” of creators, Facebook says. They will roll out more broadly after the test.

As for Facebook’s Level Up program, it has now been opened to creators in Hong Kong, Kenya, Nigeria, Norway, Paraguay, Sri Lanka, Switzerland, Ukraine, and Venezuela.

Level Up is essentially a middle ground between a creator who’s unaffiliated with Facebook and a Facebook Partner (the highest tier). To join Level Up, a creator must have streamed gaming content for at least four hours within a two-week period over the course of at least two different days. Their Page must also be at least two weeks old, with more than 100 followers.

With today’s expansion, Level Up is available to creators in more than 80 countries.