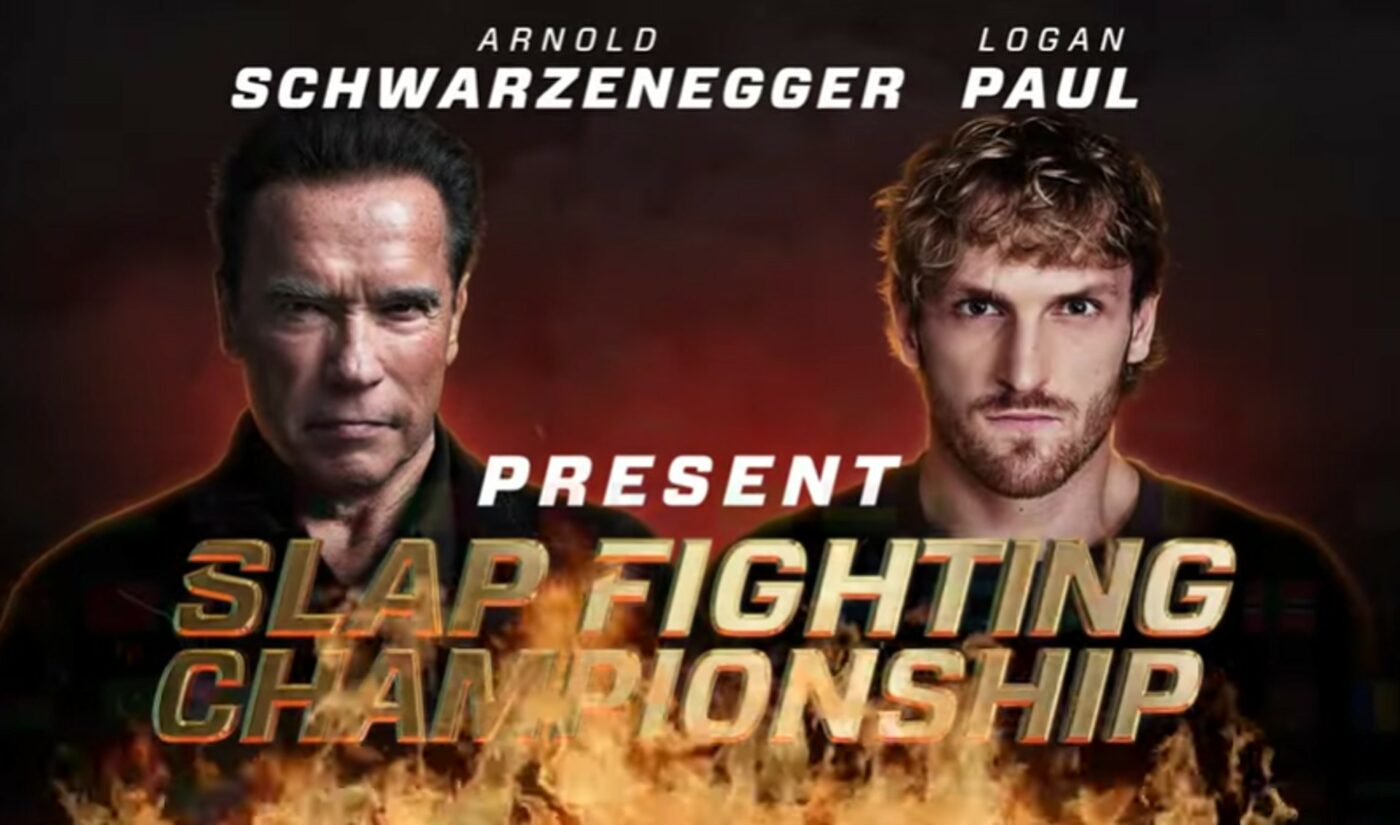 Logan Paul is going from boxing to slapping.

The YouTube megastar has partnered with none other than Arnold Schwarzenegger to host the Slap Fighting Championship on March 5, during Schwarzeneggers’ annual Sports Festival in Columbus, Ohio, USA Today reports. The event will also be streamed for free on Paul’s YouTube channel, Facebook page, and on the live events platform Fanmio.

The Slap Fighting Championship will see two contestants alternately slapping one another in a bid to be the last man standing. The two fighters are Dawid ‘Zales’ Zalewski and Koa ‘Da Crazy Hawaiian’ Viernes.

“I love the absurdity of it,” Paul told USA Today. “I love the idea that two guys could just stand across from each other and just slap each other and see who falls down first. It’s hilarious to me. It’s like, how is that a real event?”

Paul, who most recently boxed Floyd Mayweather, last night announced that he would participate in WWE’s Wrestlemania event in April alongside tag-team partner The Miz. In 2019, Paul made a video about potentially foraying into slap fighting, though he ultimately opted against it.

“I was too scared of getting my brain slapped out of my head,’’ he told USA Today. “So I backed out. But I’ll gladly watch other crazy people do it.”