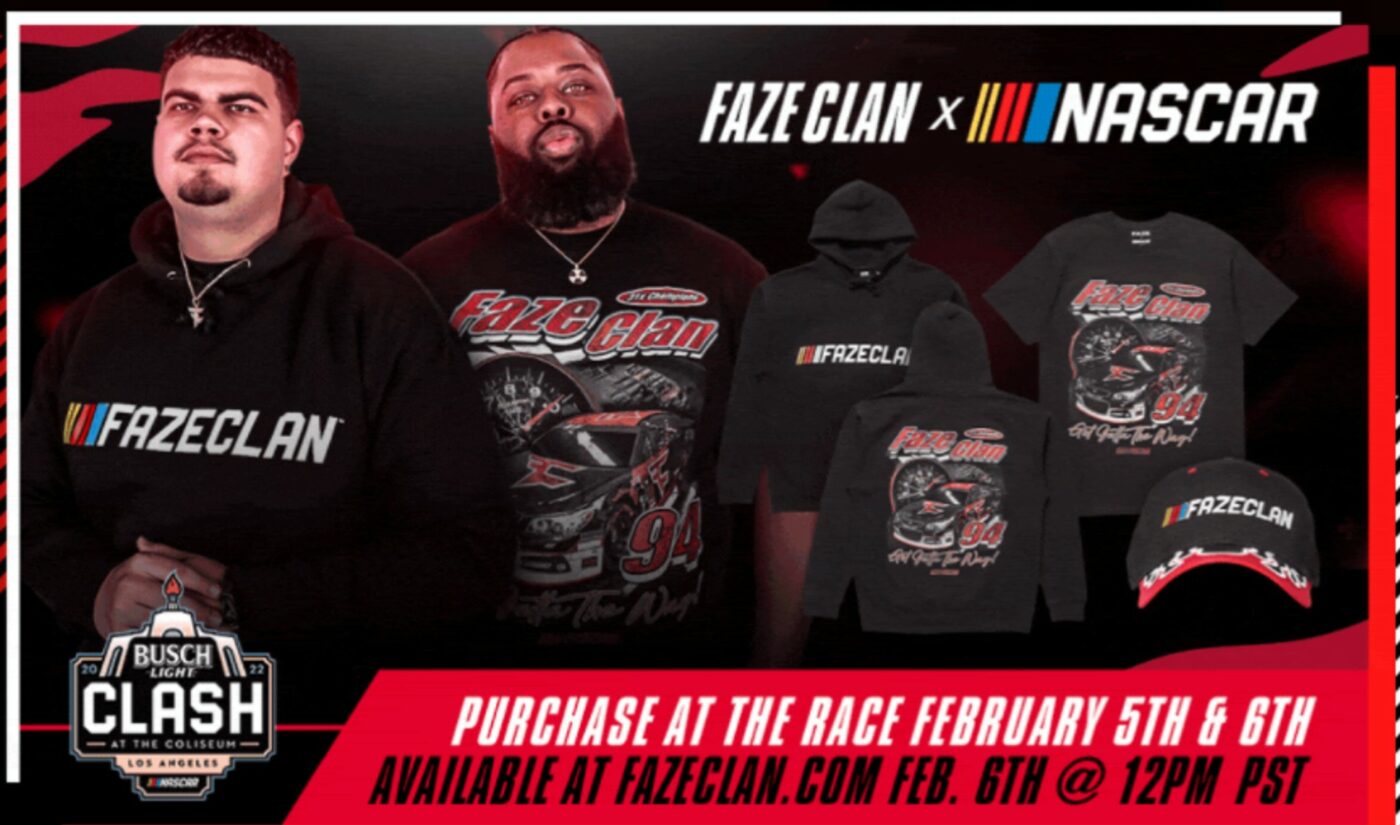 FaZe Clan’s latest merch partner is none other than racing brand NASCAR.

The two companies partnered on a limited-edition clothing and headwear collection, which debuted at NASCAR’s season opener yesterday and is currently being vended online.

The items were designed by FaZe Blazzy, who took inspiration from vintage NASCAR looks, ranging in price from $30 to $70.

“In recent years, we’ve really been inspired by gaming culture, and FaZe Clan specifically, to connect our brand more authentically with the next generation of fans,” NASCAR SVP and chief digital officer Tim Clark said in a statement. “This collaboration showcases the traditional NASCAR and racing iconography, but with a modern gaming twist.”

Reports have surfaced dating back to 2020 that NASCAR was seeking to get FaZe involved in sim racing, hosting members of the group at events and sending the group an iRacing rig.