Rhett & Link Are ‘Taste Buds’ In Their Own Food Network Show 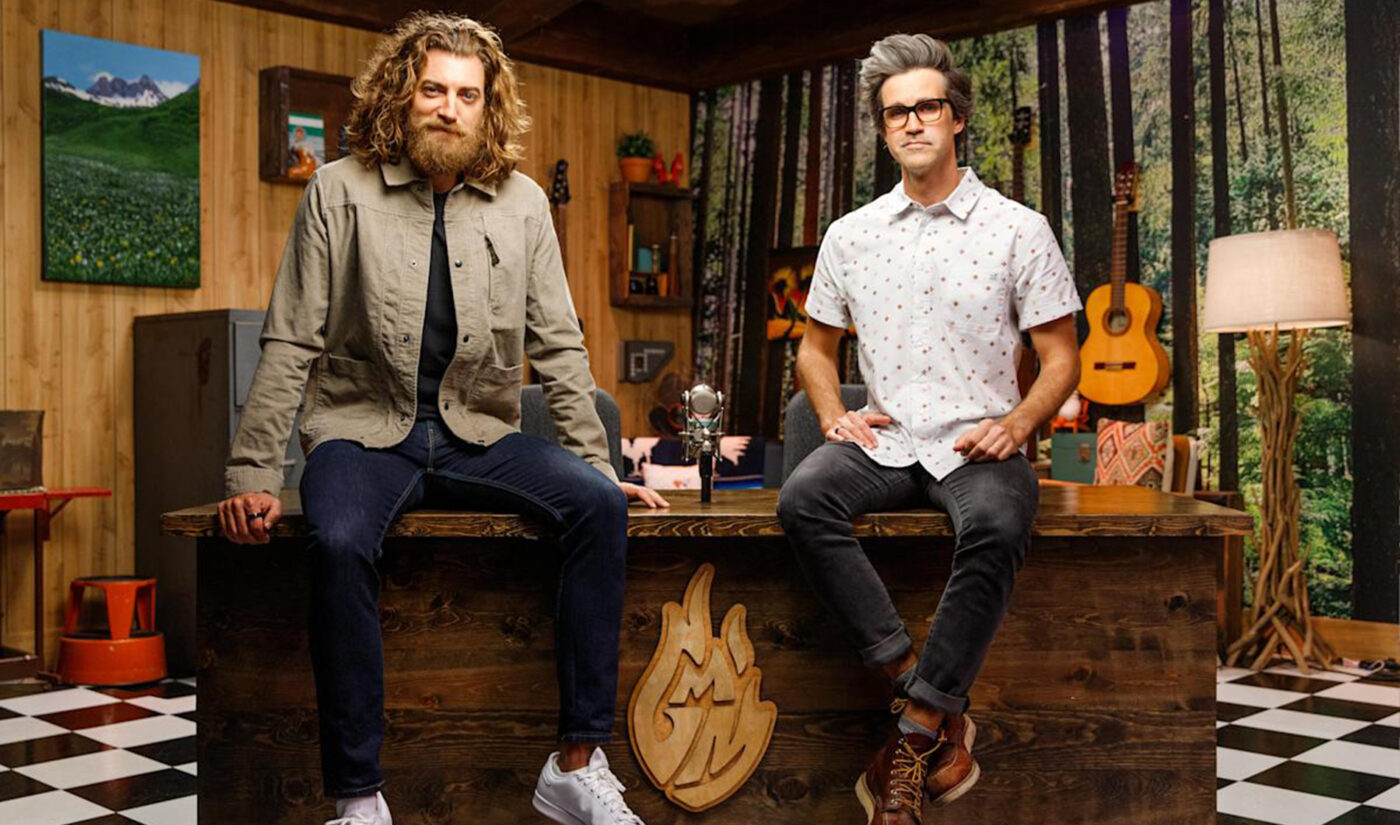 Rhett McLaughlin and Link Neal, best friends and the creator duo behind YouTube channel Good Mythical Morning, have snagged their own spot on Food Network.

For those unfamiliar, Good Mythical Morning is a long-running weekday series that often has a foodie bend. McLaughlin and Neal have tried hundreds of dishes on the channel (some of them delicious and some of them…not), often in the process of figuring out whether a particular food will survive a particular “cooking” process, or during a variety of game shows.

The Taste Buds with Rhett & Link will debut later this year on Food Network’s linear TV channel and on its parent network’s streaming service, Discovery+.

Variety reports that the show will follow McLaughlin and Neal as they go behind the scenes at some of the most popular food brands in the United States.

“Rhett & Link have captivated audiences for years with their humor, insatiable curiosity and commitment to answering life’s burning questions like ‘what’s the best pickle-flavored snack?’ and ‘where in the world did this bacon dish come from?’” Courtney White, president of Food Network and of streaming food content for Discovery, said in a statement.

She added, “Now we are thrilled to have them bring their chemistry and creative gusto to Food Network and Discovery+ as we introduce them to our audience and offer up an exciting new project for their millions of fans.”

The Taste Buds with Rhett & Link recently wrapped production on its first season, per Variety. It’s being produced for Food Network by B17 Entertainment and by McLaughlin and Neal’s company Mythical.