Here Are The Legal Issues Affecting Content Creators In 2022 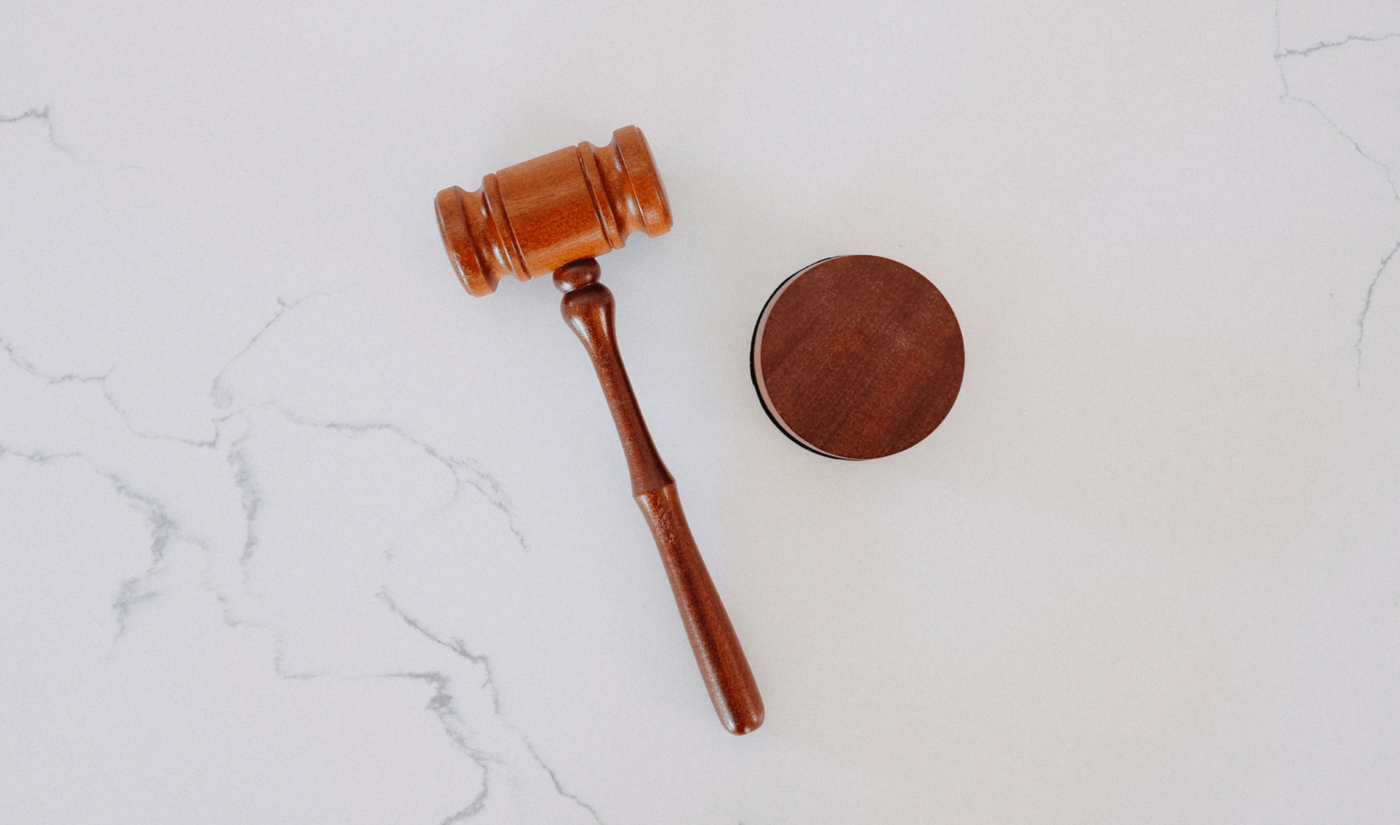 For internet creators, the year 2021 brought a wide range of legal issues and opportunities, many of which will have a lasting impact into 2022 and beyond.

Intellectual property laws, namely copyright and trademark, continue to drive revenue streams into and out of the creator economy. Regulatory oversight by the Federal Trade Commission (FTC) played an important role in how creators and businesses interact with consumers. And student athletes finally gained control over their name, image, and likeness rights.

2022 is shaping up to bring its own challenges (we see you, NFTs!), but there’s plenty to reflect on from last year, with valuable takeaways that can help carry us forward into the future.

In December 2020, Congress passed, and the then-president signed into law, the U.S. Copyright Alternative in Small-Claims Enforcement Act—or CASE Act, for short.

The CASE Act created a new, voluntary way to protect the copyrighted works of internet creators, as well as a new way to bring infringement claims against someone else who may be using a copyrighted work without permission.

The U.S. Copyright Office spent much of 2021 gearing up for the establishment of the Copyright Claims Board (CCB) and pending launch of the small claims tribunal, which will begin hearing copyright infringement disputes as early as June 2022.

More information about the CASE Act, including what can be done by creators who want to utilize the small claims tribunal or receive a notice of a claim from the claims board, is available from the Copyright Alliance.

Influencers can be held liable for trademark infringement, according to a U.S. federal court ruling in August 2021.

It turns out that another company owns the registered trademark “Brow Boost” and sued both Rodan & Fields and Sims for trademark infringement. Defending against infringement claims—copyright, trademark, or otherwise—is costly and can greatly impact a creator’s business.

“The decision seems certain to embolden trademark plaintiffs,” writes Megan Bannigan, a partner at the law firm Debevoise & Plimpton and adjunct professor at New York University School of Law, on the IPWatchdog blog. “We would expect to see influencers now routinely named as defendants where two conditions are met: the influencer is a celebrity with deep pockets, and the case for confusion is facially strong.”

Bannigan’s article includes a list of considerations influencers and their team should keep in mind when negotiating sponsorship agreements.

In 2021, we saw the rise of Black creators taking steps to protect their work through the use of intellectual property laws, most notably the registration of copyrighted works.

Additionally, Black creators—and their fans—used the power of social media to shed light on blatant ripoffs and appropriation by other influencers and celebrities.

“Cultural appropriation is not a new problem and I don’t see it going away anytime soon,” says Terrica Carrington, VP of legal policy and copyright counsel at the Copyright Alliance. “However, one thing that became very clear in 2021 is the collective power and leverage that Black creators have.”

TikTok launched a dedicated accelerator program, TikTok for Black Creatives, in an effort to support Black voices on the platform.

“If platforms like TikTok are not willing to address these issues simply because it’s the right thing to do, they will certainly take notice when Black creators harness that collective power and take their talents elsewhere,” Carrington says.

JaQuel Knight, famed choreographer for Beyoncé and Megan Thee Stallion, notably launched a company to manage not only his own copyrighted choreographic works, but to assist others in the protection and rights management process for choreography.

Creators interested in learning more about registration of original choreography with the U.S. Copyright Office can review Circular 52 and Compendium Chapter 805, as well as work with an attorney knowledgeable on the registration of choreographic works.

Considerations for creators going into 2022 include:

“My belief has always been that copyright is a tool for empowering creators from marginalized backgrounds,” says Carrington, “and my hope is that by continuing to educate those creators about their rights, they’ll be empowered to protect themselves and the works they create.”

The FTC was busy during 2021 sending over 700 letters to companies that work with influencers for marketing campaigns.

The letters did not point to any instances of wrongdoing, but rather served as a notice of penalties that companies may face (up to $43,792 per incident) if they violate the FTC’s endorsement rules.

The FTC’s continued focus on influencer activities is a warning sign to any creators who financially benefit from endorsements, affiliate programs, or similar revenue sharing streams. Creators should, if they haven’t already, develop a compliance plan to ensure they are properly following disclosure requirements (see the FTC’s previously released guidance).

In June, the Advertising Standards Authority (ASA) issued public reprimands of U.K.-based influencers who fail to follow advertising rules. Some influencers have been added to the list as recently as December 2021, while others appear to have been removed after satisfactorily meeting the ASA’s compliance requirements.

Will this activity impact the ability of U.K. influencers to secure future sponsorships? Brands may think twice before working with influencers who have faced scrutiny over their previous sponsorship activities.

Creators and brands should consider how, if at all, a sponsorship agreement covers the following:

In June 2021, the NCAA adopted an interim name, image, and likeness (NIL) policy, opening the doors for college athletes to benefit financially from the licensing and use of their NIL rights.

Additionally, 2022 will bring about many new state laws attempting to establish boundaries and guidelines for student athletes, academic institutions, and other businesses and individuals who surround student athlete influencers.

Influencers working in the NIL space should start with the following two questions:

The realm of student athlete influencers will remain the Wild West until more uniform standards are released from the NCAA or enacted by the federal government.

Diving deep into the waters of fair use

Fair use was a hot topic for litigation in the U.S. in 2021, highlighted by an important U.S. Supreme Court decision in the long-running battle between Google and Oracle America, Inc., involving the use of copyrighted software code for application programming interfaces (APIs).

In April 2021, the court found that Google’s use of parts of Oracle’s API code qualified as fair use, finding that all four factors of the fair use test, including whether or not the use was transformative, were in favor of Google.

In a separate case involving the Andy Warhol Foundation’s use of Lynn Goldsmith’s photographs of the late music artist Prince, the Second Circuit Court of Appeals held that Warhol’s use of the photographs to create silkscreen portraits did not qualify as fair use.

The court’s March 2021 decision examined the distinctions between a transformative use and a derivative work, as well as rejecting a subjective opinion as to whether or not a person’s use of a copyrighted work is transformative for the purposes of fair use considerations in favor of an objective test for courts to determine “how the works may reasonably be perceived.”

In August, the Warhol Foundation attempted to overturn this judgment; however, its attempt failed, as the Second Circuit reinforced the Supreme Court’s limited applicability of the Google v. Oracle decision beyond software or similar copyrighted works that serve a utilitarian function (as opposed to creative, artistic works).

In June 2021, the U.S. Supreme Court refused to review a petition to appeal a 2020 court decision in Dr. Seuss Enterprises v. ComicMix that found ComicMix’s mashup of Dr. Seuss’s Oh, the Places You’ll Go! and Star Trek did not qualify as a fair use under copyright law.

The refusal to revisit that decision leaves in place clarification regarding the limits of transformative fair use. Following the Court’s rejection, the parties announced that they had reached a settlement agreement, which included an acknowledgement that ComicMix’s book was an infringement of Dr. Seuss’s work, and that the book would no longer be made available.

Fair use remains a difficult area of copyright law for creators to successfully navigate. Decisions from 2021 continue to provide some guidance for creators on the outcomes a court could reach when considering a fair use defense to copyright infringement.

However, it’s never a complete certainty, so proceed cautiously!

If there’s one area of copyright law where we saw courts playing ping-pong the most during 2021, it was the question of whether or not embedding of social media posts constitutes copyright infringement.

Embedding social media posts might seem like an obvious, pre-approved way of distributing someone else’s work, right? Yet it continued to be a hotly litigated issue last year. Will 2022 be the year the legality of embedding finally becomes more clear?

Instagram rolled out an end-of-year update that allows creators to disable embedding of posts off the platform. If a creator has not disabled embedding, it may be added to building a defense against claims of copyright infringement if a blogger or news outlet embeds the post.

However, it remains to be seen whether or not a court will give any weight to this platform feature. If anything, it adds to the importance of bloggers and other websites utilizing official embed options, instead of screenshots or other methods of resharing an Instagram post.

Social media, streaming, and similar content publishing platforms face seemingly never-ending license negotiations in an effort to allow creators to use music and other third-party content in a way that avoids copyright-related blackouts and copyright infringement.

Incidents such as Ludwig’s livestream outage on YouTube will continue to be the norm as new and established platforms ensure they secure (and maintain) the numerous deals required to enable proper payments to music labels, publishers, and artists.

We will also continue to see platforms getting creative by offering other solutions to creators, such as pre-licensed and pre-approved stock content.

As viewership continues to rise year-over-year, licensing deals will continue breaking new ground for rights holders to earn a slice of the revenue off platforms. 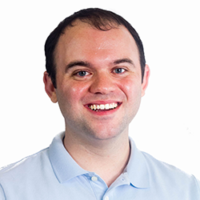 Franklin Graves is an in-house technology, IP, and media law attorney based in Nashville, Tenn., and hobbyist internet creastor. He enjoys providing volunteer legal assistance to internet creators. He can be reached at franklin.graves@gmail.com.