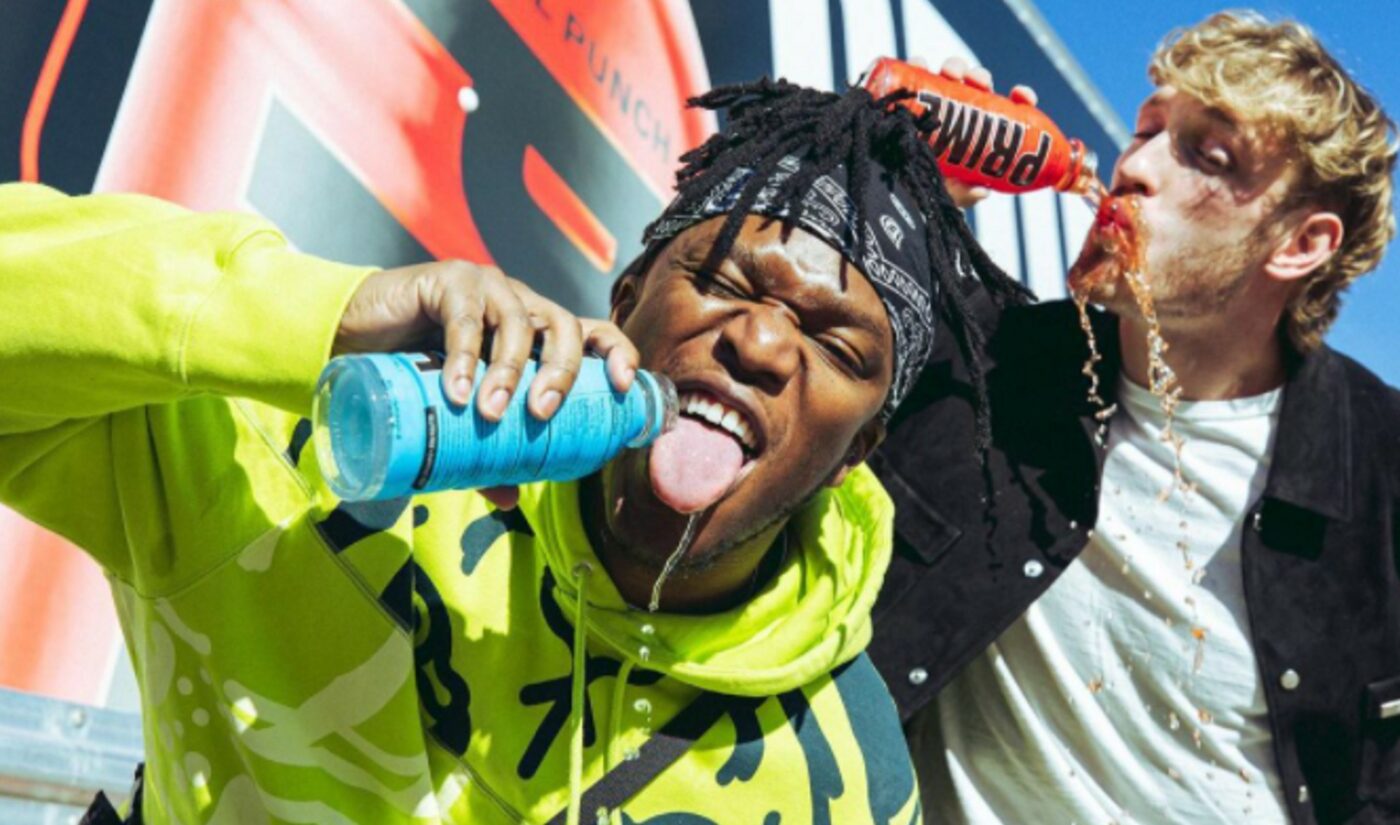 The YouTubers hosted a fakeout Instagram Live this afternoon during which time many viewers anticipated a third boxing event would be announced. Instead, the duo unveiled Prime, a new energy drink brand.

Little is known about Prime, which features minimalist outer packaging. During the Live, which peaked at roughly 540,000 concurrent viewers, Paul said the beverage included 10% coconut water and would soon be available at Walmart, Target, Kroger, CVS, GNC, Ralphs, The Vitamin Shoppe, and Tesco.

“Our goal was to create a fantastic hydration drink that can fuel any lifestyle,” reads a statement from the guys on Prime’s Instagram page. “Over the past year, we’ve worked countless hours to formulate the product from scratch, lock in deals with the largest retailers in the world, and build a multi-hundred person team to get our products to the shelves.”

In 2018, Paul and KSI helped usher in a new era of influencer boxing with their first match-up – which ended in a draw – amassing 784,000 concurrent viewers on a YouTube pay-per-view live stream. They re-matched in Nov. 2019 on DAZN, with Olatunji emerging victorious in a split decision — though Paul ended up challenging the results after filing an appeal with the California State Athletic Commission.

Prior to today’s stream, Paul had been teasing ‘The Final Chapter’ stream, which many boxing fans assumed meant the influencers were heading back into the ring.