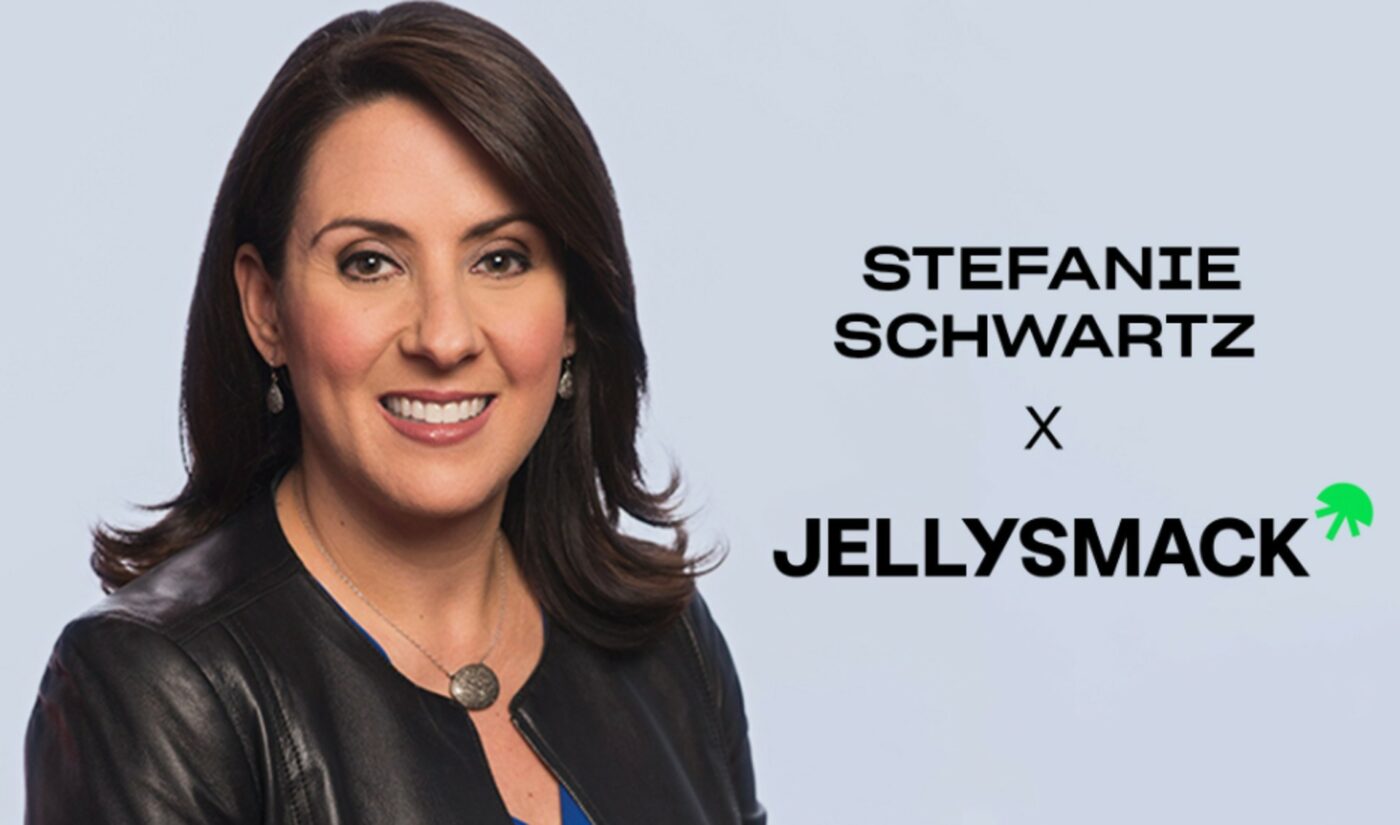 In this capacity, Schwartz will oversee Jellysmack’s partnerships with YouTube, Facebook, Instagram, Snapchat, TikTok, Twitch, and more. She will also seek to uncover new platform partners.

“Stefanie joins us at a pivotal moment as we expand our creator offerings to new platforms and scale different areas of the business,” Jellysmack president Sean Atkins — also a former Viacom exec — said in a statement. “Stefanie is a visionary leader in the creator economy and her expertise will help us further develop these premier partnerships and expand our footprint and revenue globally.”

Prior to joining Jellysmack, Schwartz served as EVP and GM of Viacom Digital Studios, a division that creates content for social media platforms.

The company was founded in 2016 and most recently added child YouTube phenom Like Nastya to its roster, and tendered its first acquisition of the automated video-editing startup Kamua in November.