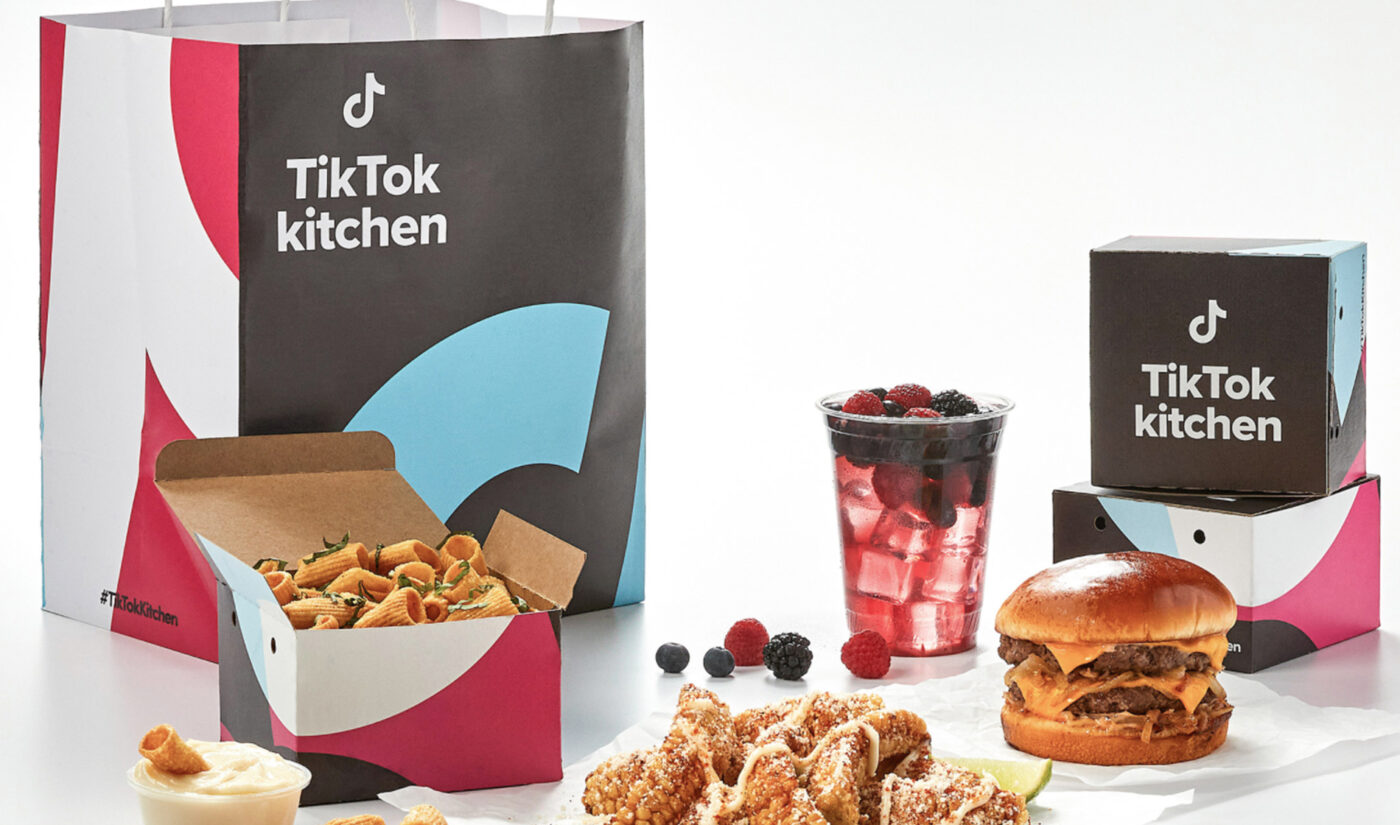 According to Bloomberg, which first reported the news, TikTok Kitchen will launch with a menu that includes baked feta pasta, pasta chips, a smash burger, and corn ribs. All of these recipes—and many, many more—went viral on TikTok in 2021, driven by the ever-growing contingent of culinary creators sharing their inventions on the platform.

Virtual Dining Concepts’ co-founder, Robert Earl, said his company anticipates prices will be similar to those of MrBeast Burger (where a “Beast Style” burger is $7.49 and fries are $3.49).

Virtual Dining Concepts also expects to see just as much traffic for TikTok Kitchen as it has for MrBeast Burger, Earl told Bloomberg. MrBeast Burger sold more than one million sandwiches in its first three months of operation, and now has 1,500 locations in the U.S., U.K., and Canada.

“Look, you have a platform with a billion viewers monthly who are constantly engaged, as the numbers show,” he said. “It’s the first time there’s a brand like this out there—an audience of hundreds of millions of people.”

Earl said Virtual Dining Concepts plans to start with 300 TikTok Kitchen locations, and wants to expand to 1,000+ by the end of 2022.

In a press release, TikTok said that proceeds from TikTok Kitchen “will go to both support the creators who inspired the menu item, and to encourage and assist other creators to express themselves on the platform in keeping with TikTok’s mission to inspire creativity and bring joy to users.”

A spokesperson tells Tubefilter that the TikTok Kitchen menu will credit the creators who made each dish, and said these creators “will be featured prominently throughout promotion.”

TikTok Kitchen’s press release said that after the launch, the menu will be updated quarterly to reflect “the hottest current trends…so the brand remains fresh and relevant.”

It’s not clear yet when TikTok Kitchen will debut.