Netflix Has Launched A News Website About Itself Called ‘Tudum’ 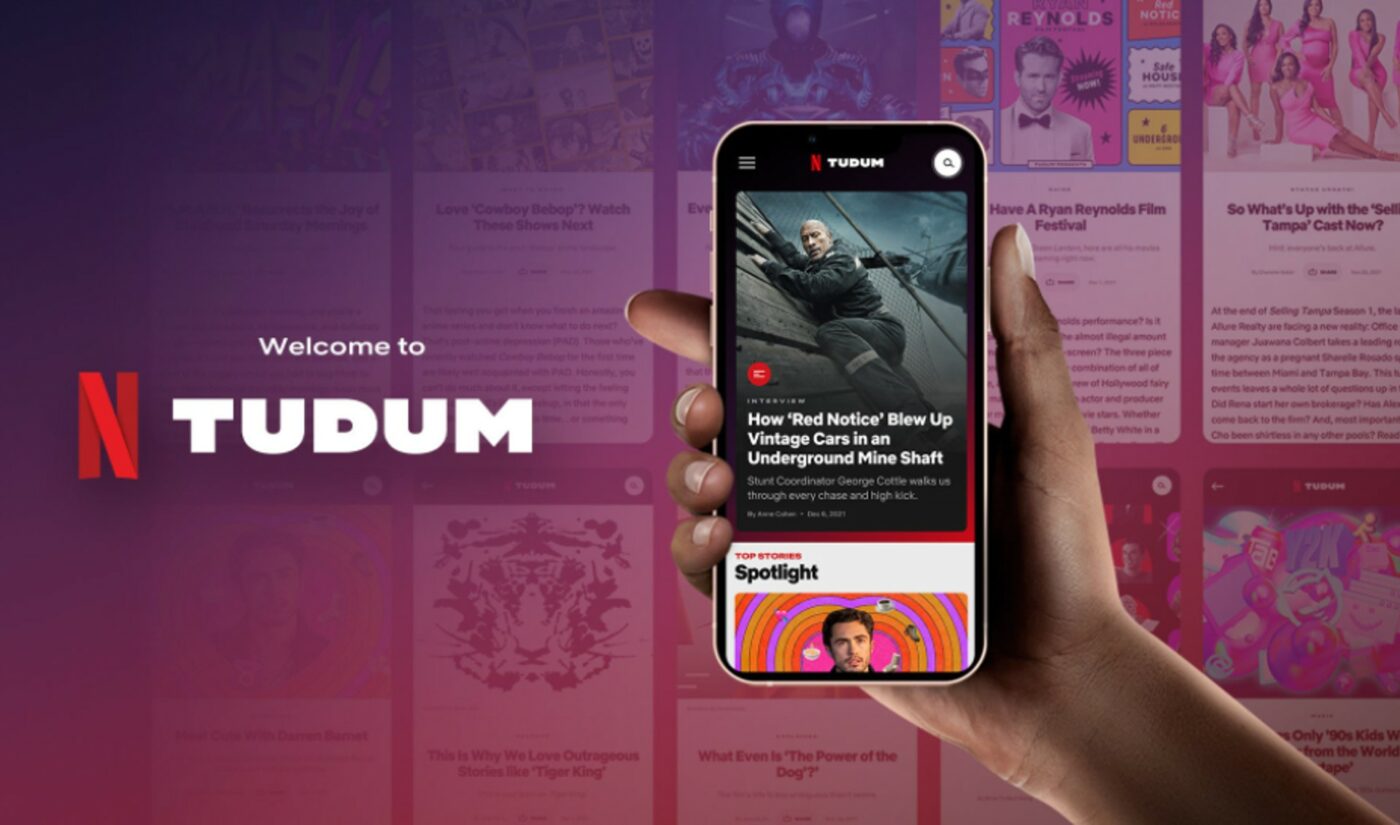 Netflix has launched a companion website called Tudum – a nod do the sound effect that the app makes upon loading.

The platform will apparently serve the purposes of a new outlet exclusively dedicated to Netflix content, including show renewals, release dates, and deeper dives into the stories and cast members behind its original programming, per CMO Bozomo Saint John,

The site will also comprise tips, tricks, and lists – some of which appear to have a retail tie-in, such as how to buy a Squid Game tracksuit. The site is open to the public at netflix.com/tudum, though a more curated experience is accessible to those who log on with their Netflix accounts.

This isn’t the first time that Netflix has used the Tudum name, having hosted a global fan event bearing the same moniker in September. During that star-studded, three-hour virtual convention, the company broke programming news and provided first looks at upcoming shows.

This is far from the first time that Netflix has sought to create ancillary content around its flagship series and films. The company tapped former Allure editor Michelle Lee as its VP Of editorial and publishing in June, who reports to Saint John and also oversees social channels and the company’s three-year-old physical magazine, Queue. In October, Netflix named former NPR exec N’Jeri Eaton director of podcast programming, reporting to Lee.