Insights: Jack Dorsey Finally Frees Twitter Bird To Fly Higher, If It Can 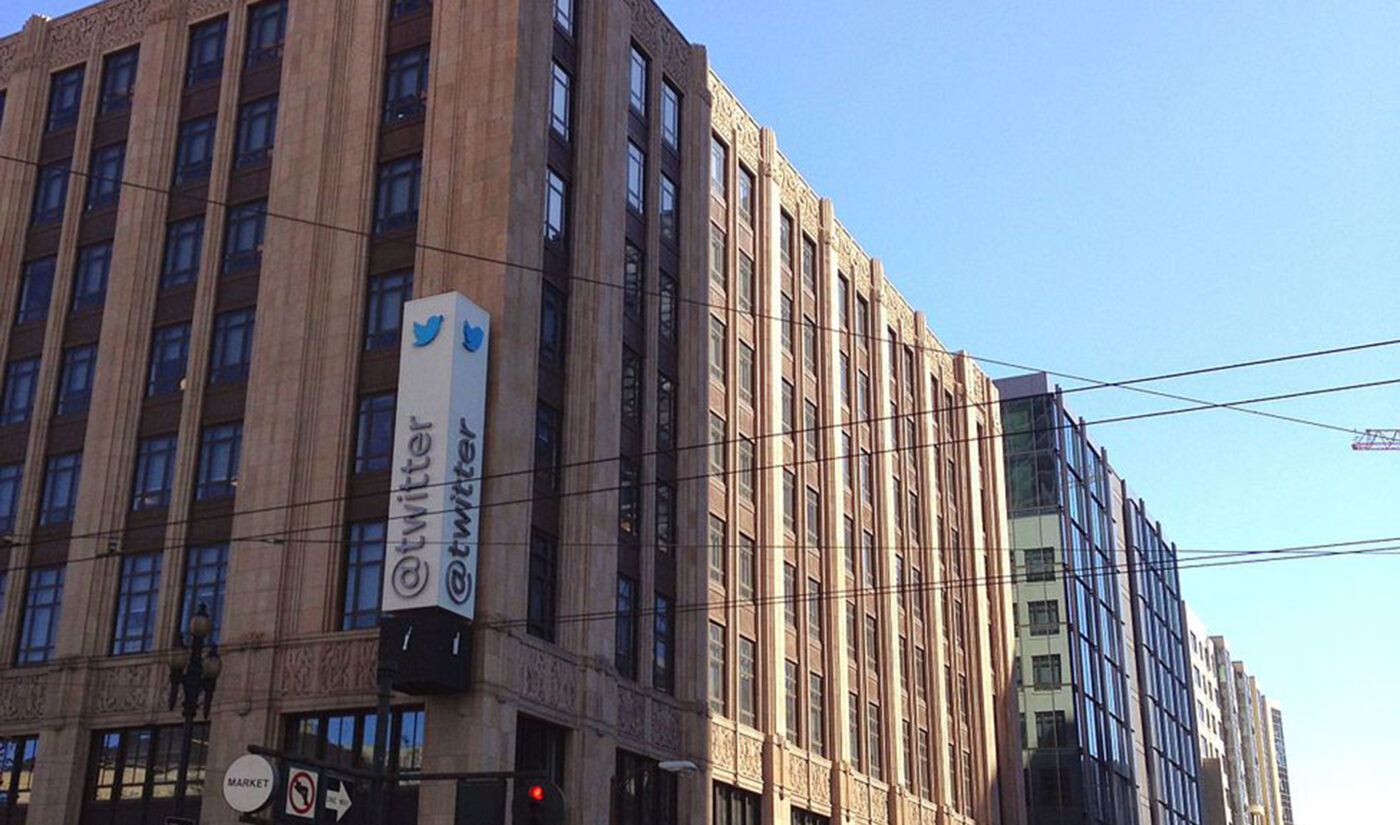 Well, it only took six years of mediocrity and underperformance, but the Serial Self-Starver has finally set free the Little Bird he helped create, giving Twitter a chance to become something more than meh, maybe.

Jack Dorsey, who cofounded and was Twitter’s first CEO, then came back seven years after being ousted in 2008, is leaving again, this time, please God, for good. It might be the best chance Twitter has had in a decade to truly thrive and become whatever it needs to become.

It’s clear from the past six years that Dorsey has not been able to put Twitter on a compelling path to broader success with audiences, creators, advertisers, or investors. Maybe the new guys can change that.

Then again, the company replaced Dorsey as CEO and board chairman with two insiders who seem unlikely candidates to rock the boat, especially Parag Agrawal, who has been with the company for a decade and its chief technology officer since 2017.

“I think the fact that they hired the CTO to become the CEO tells you everything need to know,” Truist Securities managing director Youssef Squali said on CNBC after news of Dorsey’s resignation hit. “It’s all about the product.”

As some analysts pointed out, what kind of product do you have when you lose half a billion dollars in the same year that your social media platform becomes the de facto communications strategy of the Leader of the Free World?

Back in 2016, that’s what Twitter did, even as Donald Trump collected tens of millions of followers on the platform and turned the Little Bird into a must-watch for politicos, journalists, and political junkies of every stripe as he improbably won election. Yet, amid all that, with Dorsey newly back in charge, the company still lost a boatload of money.

It hasn’t done much better since. The company went public almost exactly eight years ago at a price of $41.65 per share. Fast-forward through the Trump Bump, pandemic doomscrolling, and a post-Trump run-up last spring amid reopening fervor, and the stock is pretty much back where it started, closing down Monday at $45.78.

“The issue with this company has been execution,” said Oppenheimer analyst Jason Helfenstein.

As analysts pointed out, the only real change to the company over the past eight years as a public stock is a much larger market capitalization, because the company keeps issuing shares to compensate Dorsey and its other employees.

“With Twitter, nobody really made money the last eight years except the employees,” Squali said.

“It’s a pint-sized corporation, about the size of Olive Garden,” said Joshua Brown, CEO and co-founder of investment advisory firm Ritholtz Wealth Management. “It’s the only platform where the users are deriving almost 100 percent of the value of the platform, which itself isn’t deriving much of any value.”

You can’t say that about most of Twitter’s social media competitors. Facebook share prices are up eightfold since going public, and it has more than 3 billion users worldwide. By contrast, Twitter’s user base has remained stubbornly below 200 million daily, while engagement times are a modest fraction of that at Facebook and other competitors.

“The average user spends a few minutes a day on the platform,” Squali said. “That speaks to the level of engagement that this product warrants. Advertisers respond to that.”
Yes they do. When audiences don’t respond, advertisers go somewhere else.
So do investors. Shares of Twitter spiked nearly 10% on the initial news leak of Dorsey’s departure, before ending down nearly 3% when details of his successors were released. Few on Wall Street know Agrawal, though that’s not unusual; many companies rely on their CEO and chief financial officer as their public faces.
But it also suggests many investors might have preferred Twitter to do a “real” search for a transformative successor, instead of just handing the CEO keys to the guy who’s been laboring down in IT for a decade.  After all, he’s been a product guy for a decade at a company that doesn’t make a particularly compelling product. Oof!
For its part, activist shareholder group Elliott Management Corporation issued a mildly worded statement of support for the new guys.
“Twitter is now executing against an ambitious multi-year plan to dramatically increase the company’s reach and value, and we look forward to the next chapter of Twitter’s story,” the statement reads, from Elliott’s managing partner Jesse Cohn and senior portfolio manager Marc Steinberg. “Having gotten to know both incoming Chairman Bret Taylor and incoming CEO Parag Agrawal, we are confident that they are the right leaders for Twitter at this pivotal moment for the company.”
That’s a win for Twitter execs. Elliott had been sharply critical of Dorsey’s decision to be CEO of both Twitter and Square, the big fintech payments company whose dalliances with cryptocurrencies and NFTs appeared to be far more engaging for Dorsey. The dual role is almost unprecedented with major public companies, and seldom seems to pay dividends for the companies involved, or their investors.
In the face of withering criticism by Elliott, two years ago Twitter agreed to add two Elliott nominees to its board among other accommodations, and increased the pace of product development and acquisitions.
The question now that @jack is jettisoned is a more existential one.
Should the insider replacements simply continue on as before, adding odds and ends of functionality in areas such as audio and newsletters, but otherwise maintaining a very uninspiring status quo?
Or, having ended Dorsey’s absentee parenting, is it time for Twitter to consider a new direction, perhaps becoming part of a much bigger company that can leverage what it does in ways the Little Bird can’t quite manage under its own power?
That still may not solve Twitter’s biggest issues, but it’s clear that doing more of the same stuff that Dorsey did in such mediocre fashion hasn’t done anyone any good, except for those well-compensated employees. Here’s to hoping Agrawal can do more as the human in charge of the whole company than he did as the human in charge of technology.  It’s way past time for big changes.