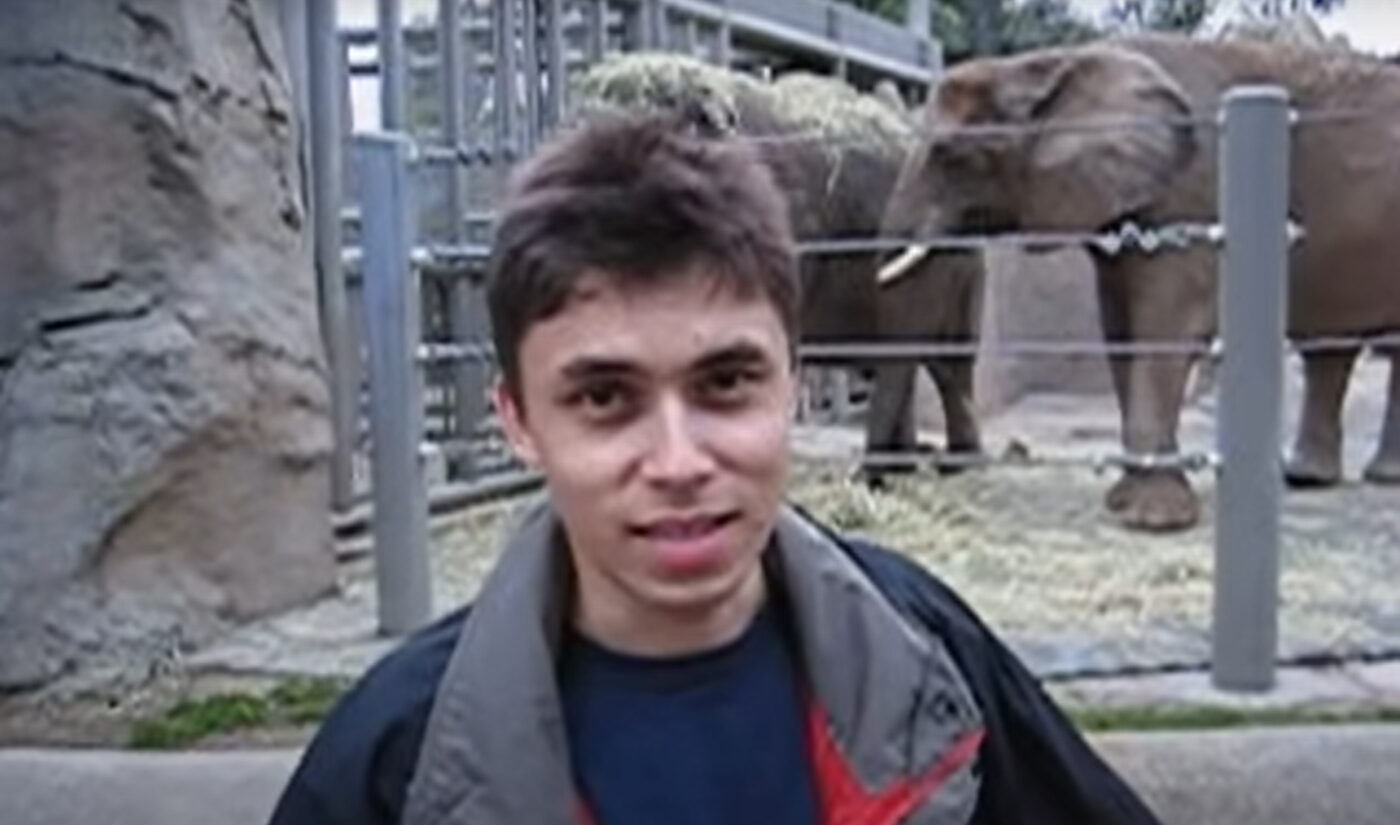 YouTube cofounder Jawed Karim is less than thrilled with the platform’s decision to do away with public dislike counts.

We know this because, to protest, he has changed the description of the first video ever uploaded to YouTube. If you search up Me at the zoo, which Karim stars in and uploaded April 23, 2005, you’ll find a searing six-paragraph condemnation that ends with, “In business, there’s only one thing more important than ‘Make it better.’ And that’s ‘Don’t fuck it up.’”

Karim, who opted not to take an executive position at YouTube and instead has focused on investing in other digital startups like Reddit and Airbnb through his fund Youniversity Ventures, also updated Me at the zoo’s description back in 2013, when YouTube tried strong-arming people into using Google+ by requiring that users have a G+ account to leave comments on videos. (His take: “I can’t comment here anymore, since i don’t want a Google+ account.”) YouTube later reversed its call.

In this latest update to the description, Karim writes that dislikes are an “essential feature” on YouTube–and on any platform reliant on user-generated content, for that matter.

“Why? Because not all user-generated content is good,” he says. “In fact, most of it is not good. And that’s OK. The idea was never that all content is good. The idea WAS, however, that among the flood of content, there are great creations waiting to be exposed. And for that to happen, the stuff that’s not great has to fall by the side as quickly as possible.”

Removing public dislike counts makes it impossible for viewers to see whether “the wisdom of the crowds” has deemed this or that video worth watching, Karim says.

“Why would YouTube make this universally disliked change?” he adds. “There is a reason, but it’s not a good one, and not one that will be publicly disclosed. Instead, there will be references to various studies. Studies that apparently contradict the common sense of every YouTuber.”

Karim’s assertion that YouTube will point to studies is accurate. In an official video about the decision, head creator liaison Matt Koval said that “research teams” at YouTube determined that mobs of viewers are mass-disliking videos, “usually just because they don’t like the creator or what they stand for.”

Rampant dislike-bombing is wholly plausible because the internet often sucks, but even in a presumably YouTube-approved video promoting this change, Koval admits that it is “something I had never experienced as a creator and you may not have either.”

Koval said that overall, removing public dislike counts is “about protecting all creators and making sure they have a chance to succeed and feel safe in doing so.”

Karim responded to that video specifically in Me at the zoo’s new description, comparing Koval’s demeanor to that of Jeremiah Denton, a U.S. soldier who was captured during the Vietnam War and forced to record an interview about his situation. During the interview, Koval blinked the word “torture” in Morse code.