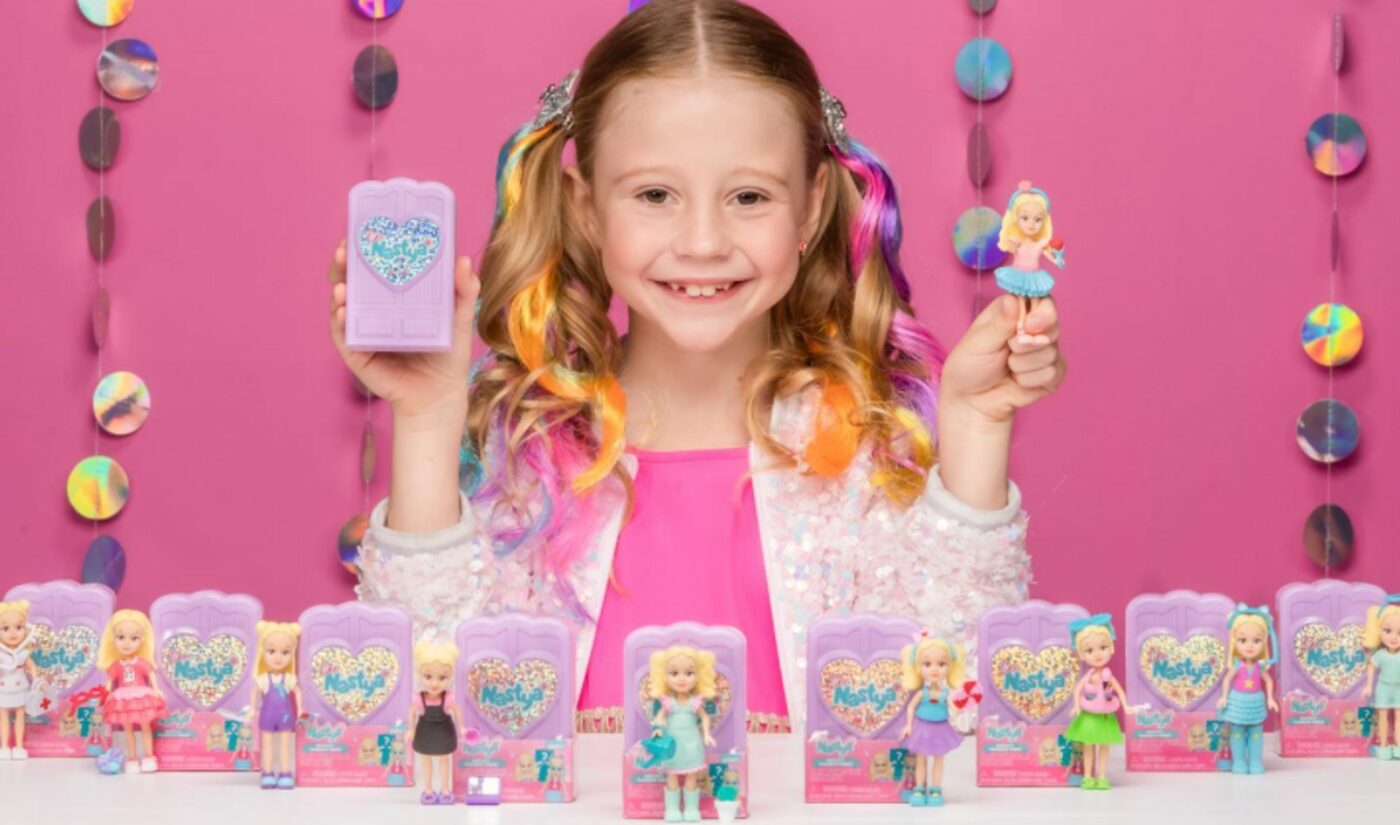 Like Nastya, the YouTube empire presided over by seven-year-old Nastya Radzinskaya, has reached unforeseen heights — yet again — crossing 250 million subscribers across her portfolio of channels.

According to Eyal Baumel, Radzinskaya’s manager and the CEO of Yoola, the multi-channel network that reps Radzinskaya, she is the first kid creator to reach this milestone, and thus the most-subscribed child on all of YouTube.

All told, Radzinskaya operates 15 channels — with most of the different outposts featuring familiar content translated into different languages, like Spanish, Arabic, and Portuguese. According to data compiled by Yoola, Radzinskaya’s network of YouTube channels counts 255 million subscribers, and formally crossed the 250 million subscriber threshold on Nov. 8.

Radzinskaya, who toppled 200 million subscribers across her network of 14 channels in January, is growing fast while seeking to expand her empire off of YouTube. In August, she launched her first merch program, including an NFT collection with Gary Vaynerchuk. And earlier this year, Radzinskaya pacted with Will Smith and Jada Pinkett Smith’s Westbrook Inc. to develop a slate of animated projects.

The Radzinskaya family hails from Russia but currently resides in Florida, and launched the flagship Like Nastya YouTube channel (79 million subscribers, 750 million monthly views) in 2016.