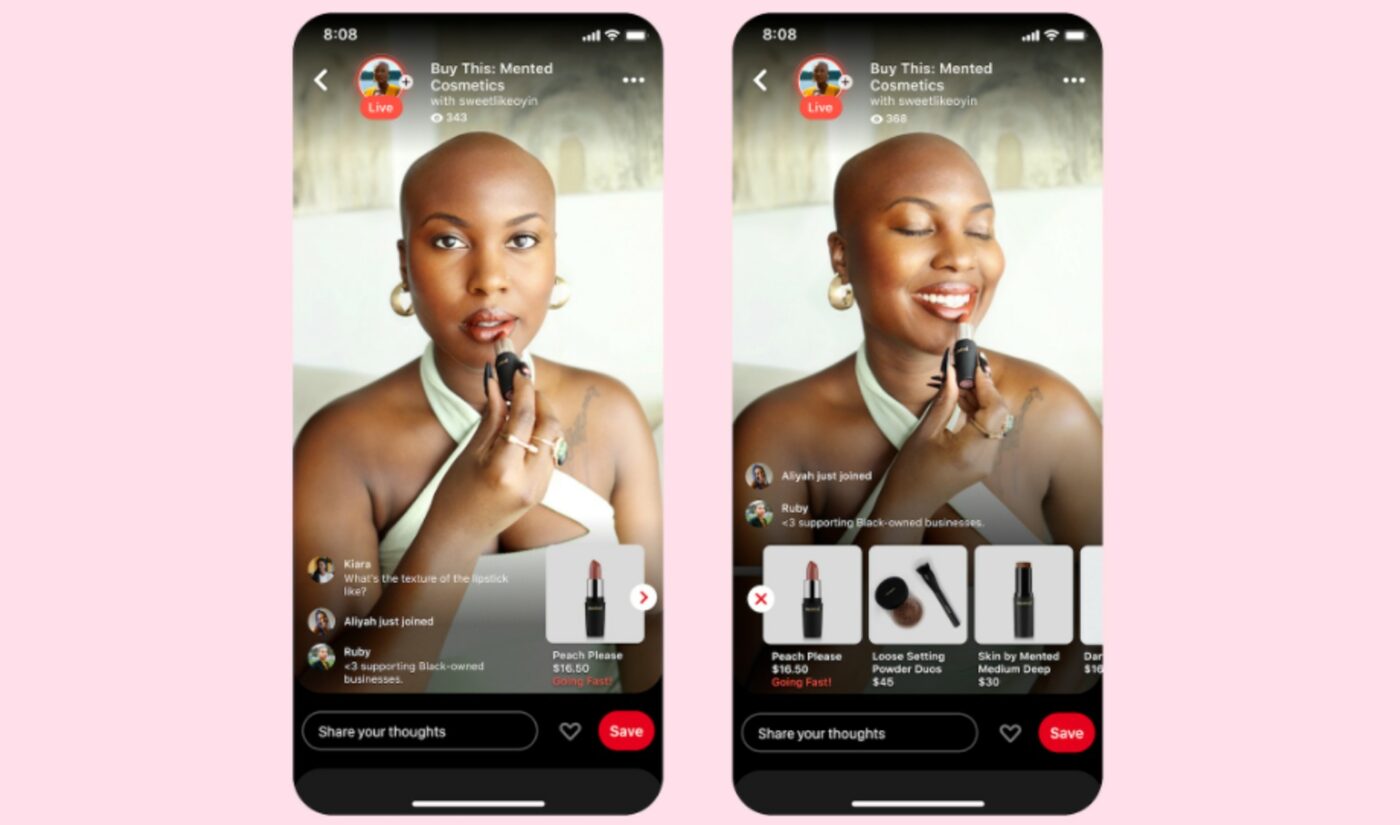 Pinterest has formally launched an in-house incubator for experimental products called TwoTwenty — a nod to the address of its first offices at 220 California Ave. in Palo Alto.

TwoTwenty, comprising engineers, designers, and content and product staffers, will develop products as culled from employee submissions — via an internal ideas portal and from hackathon events. Once developed, these seeds will be handed off to other teams within the company for scaling, Techcrunch reports. The team plans to have one or two projects in the works concurrently.

TwoTwenty’s first project before its formal announcement was the conception of live, creator-hosted video streams, which later evolved to become Pinterest TV, per Techcrunch. Pinterest TV comprises recurring, influencer-fronted series from the likes of Manny MUA, which are live and shoppable.

Techcrunch notes that the in-house team arrives as Pinterest places added focus on video and livestreaming, seeking to move beyond its roots as an image pinboard. Earlier this month, the company tapped longtime YouTube executive Malik Ducard as its first chief content officer.