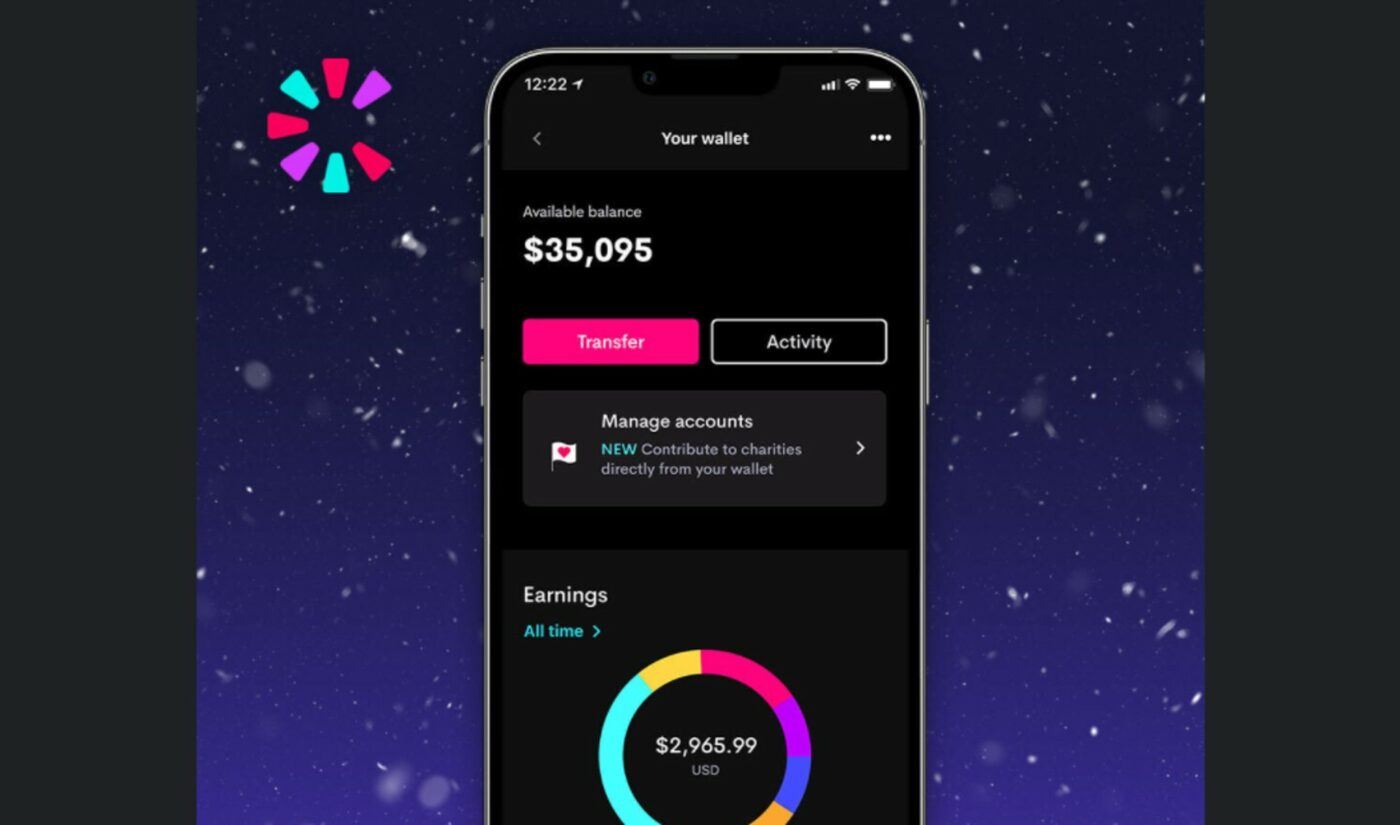 Ahead of Giving Tuesday, a charitable push that takes place each Tuesday after Thanksgiving, Cameo is introducing new tools to help creators more seamlessly donate the money that they raise for charity.

Cameo has offered philanthropic tools — called Cameo Cares — since its founding. But today, it’s revamping its back-end tools in collaboration with Pledge — an organization that connects brands and consumers with their favorite causes — to unburden creators logistically.

Cameo’s new Donation Tool will allow creators to select one or more nonprofits from Pledge’s database, and then contribute on a short- or long-term basis. Pledge works with 2 million verified organizations in over 100 countries, and every nonprofit in the United States in IRS good standing, Cameo says.

The Tool lives in the newly-launched Talent Wallet and also enables creators to display which nonprofit they are fundraising for on their profile pages, choose a percentage of earnings that they want to donate, and get a tax receipt after donation. Cameo will automatically send checks to recipient nonprofits every month.

To date, Cameo says that it has helped raise over $1.5 million for roughly 300 charities. The company found in a recent survey that 81% of creators intend to donate a portion of their 2022 earnings.