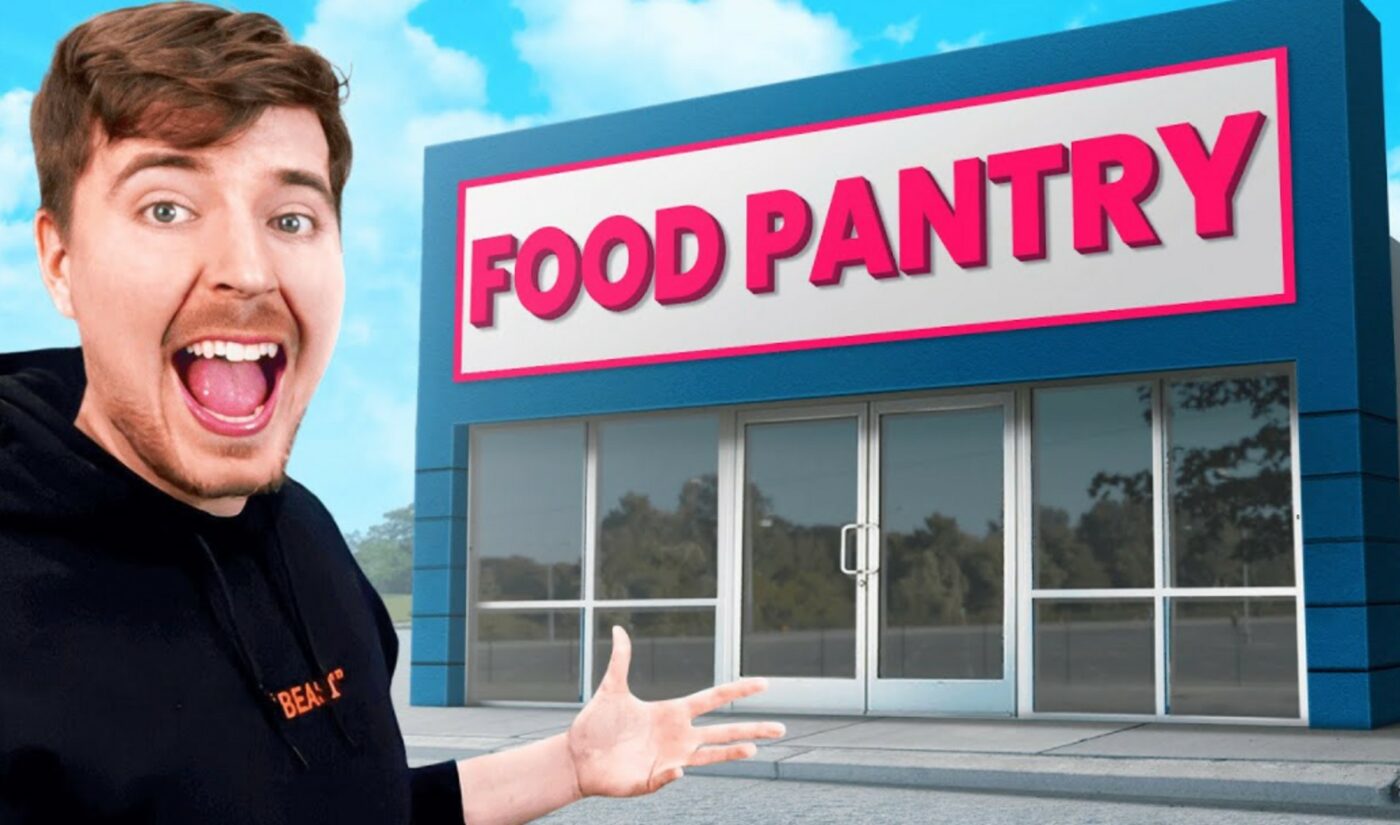 MrBeast, the generous YouTuber whose real name is Jimmy Donaldson, has set a record month — and crossed a major milestone — with respect to his Beast Philanthropy YouTube channel.

The channel funnels 100% of its ad revenues, brand deals, and merch sales to Donaldson’s very own food pantry, which he opened in 2020.

And yesterday, Donaldson says the nonprofit hosted its biggest food drive to date, with over 300 volunteers that served over 10,000 families with roughly $500,000 worth of food. To date, Donaldson says Beast Philanthropy has given away 1 million meals to people in need.

“If we can grow the channel big enough we’ll be able to feed millions of people every month,” he added.

Donaldson launched the Beast Philanthropy channel in Nov. 2020 to support the food pantry, which operates in his native North Carolina. It is led by a man named Darren, who previously appeared in a handful of MrBeast videos. (Whereas food banks house millions of pounds of food to be delivered to local programs, food pantries, like Donaldson’s, serve as distribution centers to the community).

All told, Beast Philanthropy — which is home to six videos including Helping Hurricane Survivors and Giving Away 50,000 Cookies — counts 6.1 million subscribers and 3 million monthly views. In addition to Beast Philanthropy, Donaldson just launched another charitable initiative called #TeamSeas, which is aiming to raise $30 million for ocean cleanup.