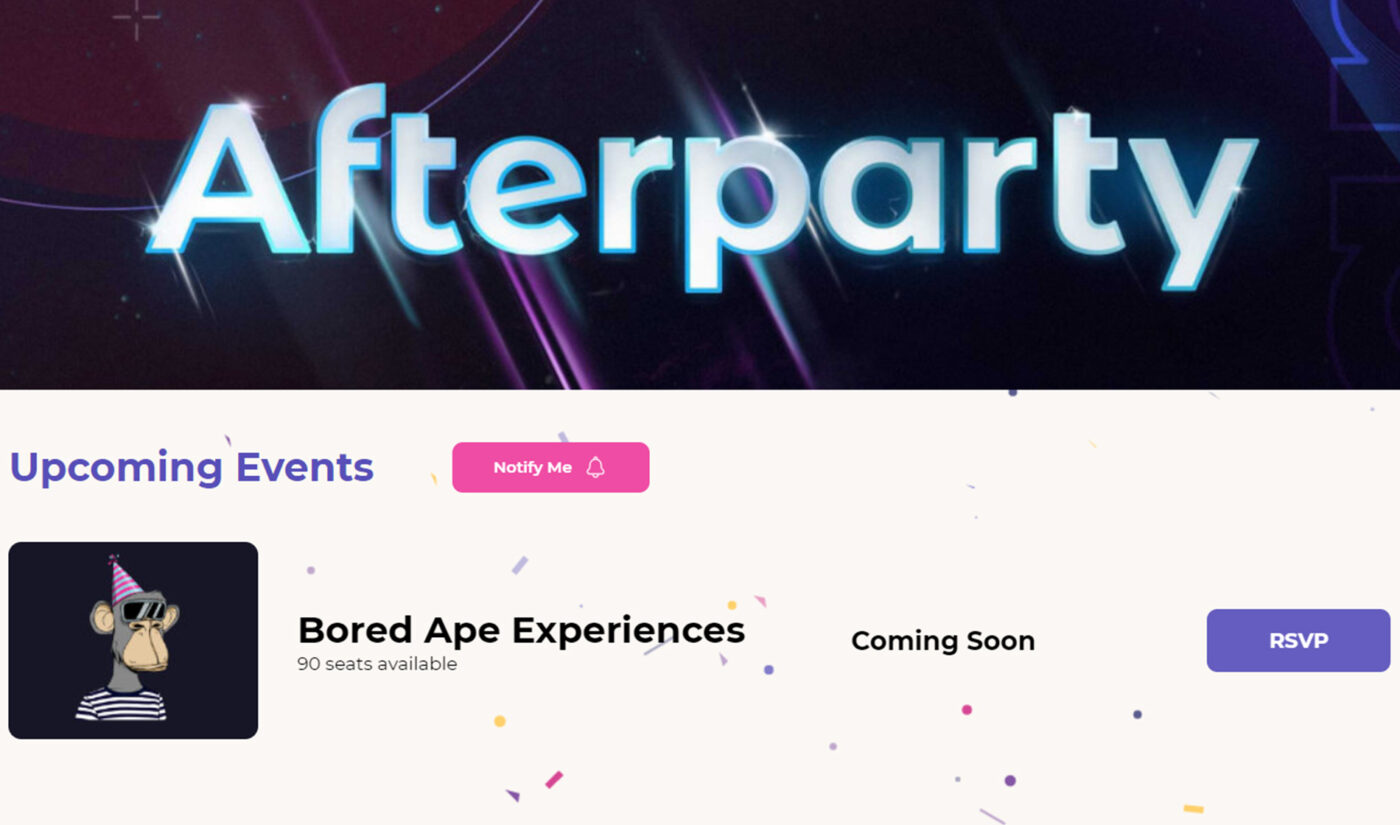 Afterparty, a platform aiming to give digital content creators the ability to mint and sell their own NFTs, then offer “token gated” virtual events for fans who buy said NFTs, has raised $3 million in seed funding.

The Los Angeles-based company launched in beta in August 2021, and is the brainchild of former Disney exec David Fields.

“NFTs and social tokens have hit an incredible inflection point. The question is, what happens after the sale of the NFT or token?” Fields told Deadline during Afterparty’s launch. “We believe the true value for creator NFTs is going to be built through ongoing engagement between creators and fans. We are giving creators the tools to build deep connections and giving fans the ability to participate in the creator’s success.”

Afterparty’s self-service minting component isn’t live yet, but its event side has held more than a dozen virtual gatherings with creators and artists like Bryce Hall and Echosmith since it began testing its tools this past June.

Instead of requiring fans to buy tickets to get into the events, Afterparty’s main gig is mandating that attendees own specific amounts of creators’ personal social tokens, plus Afterparty’s own cryptocurrency. For example, for Echosmith’s event, fans needed to hold at least 0.007 Echosmith Creator Coin, plus 0.001 of Afterparty’s coin. Both currencies appear to be vended by Afterparty; it’s not clear if the platform takes a cut of creator token purchases.

Afterparty’s funding will go toward its NFT minting and marketplace

The $3 million raised will be used to “accelerate product development of Afterparty’s end-to-end Creator NFT platform, which provides creators with the tools to launch NFTs and gain direct artistic and financial control of their relationships,” Afterparty said in a press release.

Afterparty’s NFT platform is slated to launch in January 2022.

Funding will also be used to “supercharge” Afterparty’s virtual event side and to bring in new hires across engineering, marketing, and operations divisions, it said.

“Afterparty started with three massive music fans and crypto founders setting out to build the experience we dreamed about as superfans ourselves,” Fields said in a statement. “It’s our mission to give creators not just the tools to pursue their dreams and create a sustainable living, but build a platform that is creator and fan owned.”