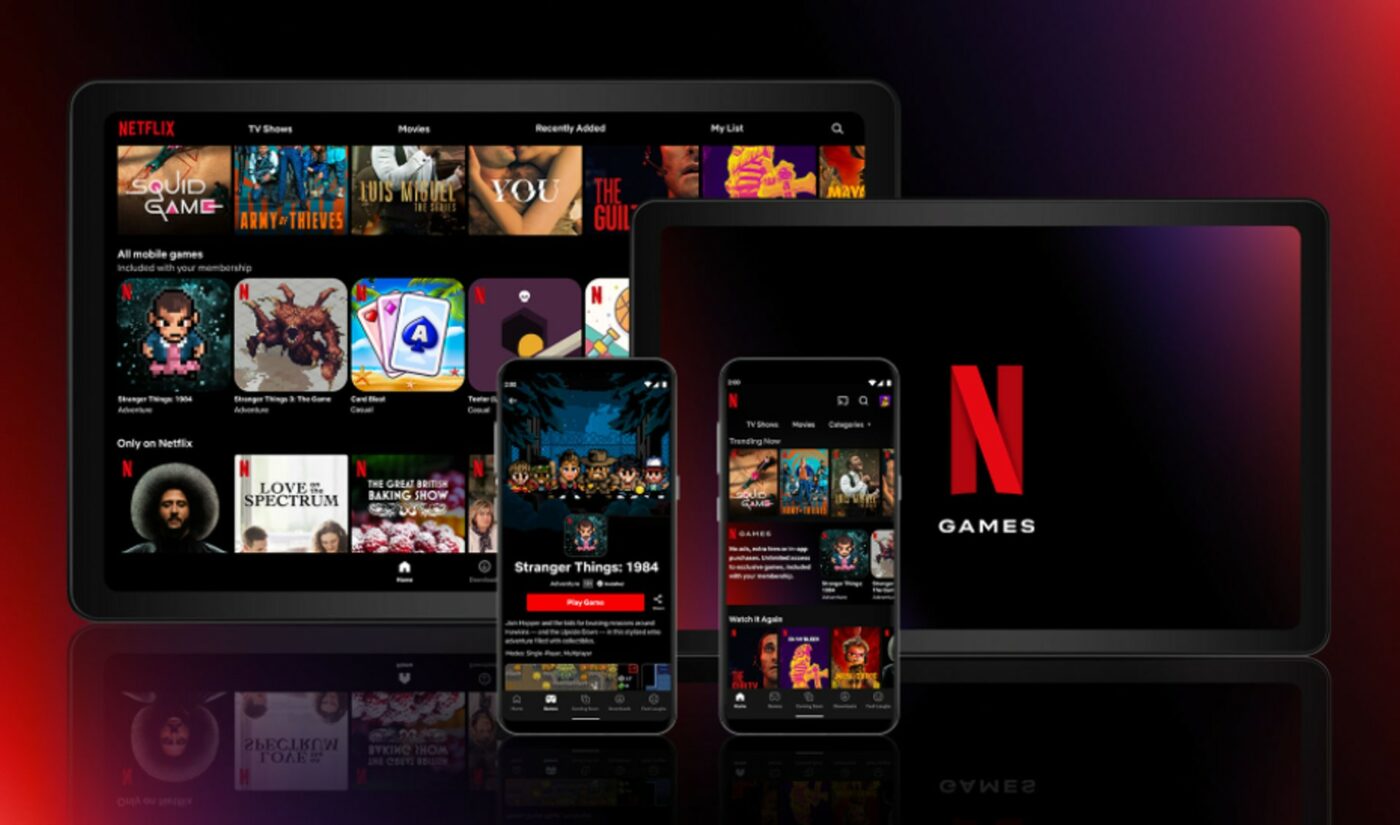 Netflix, under the tutelage of VP of game development Mike Verdu, is taking its first steps into mobile play.

Beginning today, subscribers will be able to access a total of five games within its Android app — two of which are based on Netflix’s hit Stranger Things franchise, plus three original titles. They are: Stranger Things: 1984 (created by game studio BonusXP), Stranger Things 3: The Game (BonusXP), Shooting Hoops (courtesy of Vancouver design studio Frosty Pop), Card Blast (from Amuzo & Rogue Games), and Teeter Up (Frosty Pop).

Players need only a Netflix membership to play, and games won’t tout ads or in-app purchases, Netflix says. For now, games are only available on Android, where a new ‘Games’ row and tab will allow players to download any of the above titles. iOS availability is reportedly en route.

Members can play games on multiple devices on the same account, and titles are available in several different languages, the company said. Games are not available on kids’ profiles. Certain titles will be playable offline, while others will require Wi-Fi.