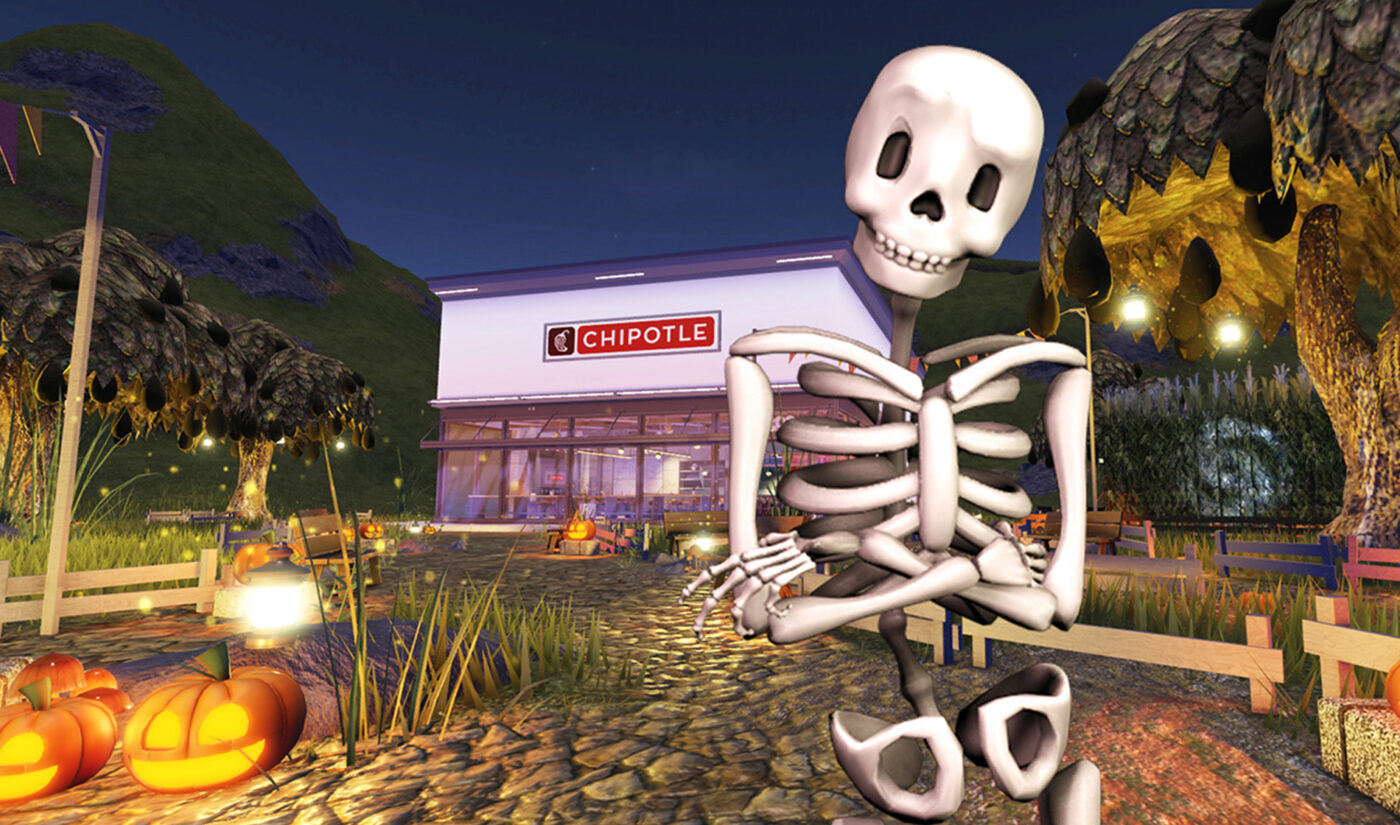 Chipotle is bringing its popular Halloweentime Boorito campaign to a new frontier.

The Mexican chain has become the first restaurant to open a virtual storefront in Roblox, the gaming platform that’s doing its best to stake a name for itself as a metaverse frontrunner.

Chipotle’s Roblox installation is a two-parter: first, a recreation of your average Chipotle location, complete with digital cashier; and second, the “Chipotle Boorito Maze,” a corn maze that rewards clever users with limited-edition in-game items.

Chipotle also rolled out a line of purchasable in-game costumes (Chip Bag Ghost, Burrito Mummy, Spicy Devil, and Guacenstein, to name a few) that users’ avatars can wear to the virtual restaurant. The first 30,000 customers to show up in in-game costumes each day between Oct. 28 and Oct. 31 will get a code they can redeem for a free burrito at an IRL Chipotle. Per usual, Chipotle will give out up to $1 million worth of free Boorito codes this year.

“As a digital innovator, we are always experimenting on new platforms to meet our guests where they are,” Chris Brandt, Chipotle’s chief marketing officer, said in a statement. “Roblox’s popularity has boomed over the past year, and we know our fans will be excited to celebrate the next evolution of Boorito in the metaverse.”

Roblox has nearly 50 million daily active users. It went public earlier this year, and currently has a market cap of more than $46 billion.

While Chipotle is the first company to open a restaurant within Roblox, it’s far from the platform’s first metaverse partner. Back in May, Roblox teamed up with Gucci to release the Gucci Garden Experience, an in-game recreation of the fashion brand’s simultaneous real-life showcase in Florence, Italy. Like with Chipotle’s event, users visiting Gucci’s installation could purchase exclusive virtual swag–in that case, digital versions of Gucci apparel and accessories.