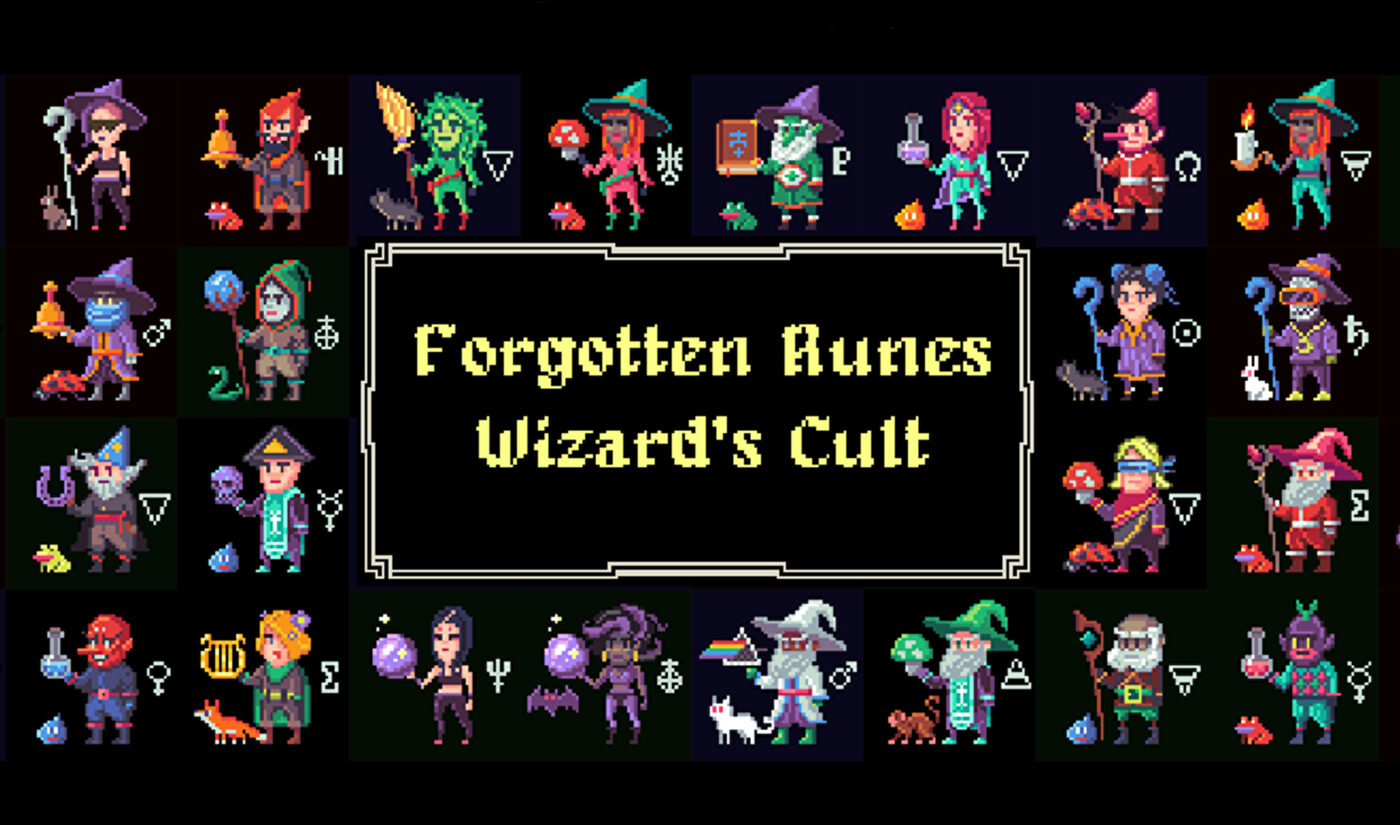 Forgotten Runes Wizard’s Cult launched on NFT market OpenSea in June, offering 10,000 unique images that, according to Animation World Network, all sold out to separate buyers in less than 30 minutes.

The project, created by Los Angeles- and Austin-based studio Magic Machine, heavily emphasizes storytelling: Every time someone buys a Wizard’s Cult NFT, they’re encouraged to create or add to that character’s personal backstory. Wizard owners can add as much to their NFT’s backstory as they want, and can change the story at any time–but the catch is, if and when they sell that wizard, they lose editorial privileges, and the story they wrote is set in stone. The next person who buys the wizard can add new material to the story, but cannot change the previous owner’s entries.

All of the NFTs’ backstories are publicly stored in the Forgotten Runes Book of Lore, which is encoded on the peer-to-peer InterPlanetary File System storage network.

“When building out this NFT project, we realized early on that a collection of 10k characters can be a storytelling vehicle unto itself,” ElfJTrul and Dotta, co-creators of the Forgotten Runes Wizard’s Cult, told Animation World Network. “Our intention was to layer as much lore into these characters as possible with the collection strongly hinting at a world underneath.”

The co-creators (who, like many people in NFT/crypto spaces, don’t share their real-life identities) said that when the Forgotten Runes NFTs began selling in June, “our holders immediately began creating their own stories and artwork with the characters, and the Forgotten Runes World exploded with life.”

We’ve teamed up with @TitmouseInc
to produce our very own TV Show!!!https://t.co/pCMvjEIfPv

When it comes to their deal with Titmouse, ElfJTrul and Dotta said they are looking for ways to “heighten and reinforce these emotional bonds by putting these characters into as many media expressions as possible,” the animated series being one we are very excited about.”

Titmouse–the studio behind Big Mouth, The Venture Bros., Midnight Gospel, and the in-development Critical Role series–didn’t give many details about what the Forgotten Runes show might entail.

But Chris Prynoski, Titmouse’s founder and president, said the two companies plan to “make some batshit bananas cartoons together.”

“When the guys at Magic Machine called me about developing an animated show based on Wizard’s Cult, I was all in,” Prynoski said. “I love that they used their big old, wrinkled brains to conjure up the stories first and then attach badass, pixelated art to their immense universe of characters.”

Prynoski, ElfJTrul, and Dotta will executive produce the series, and people who own NFTs in the Forgotten Runes project will have a say in which wizards and lore are selected for use in the show. Details about that process–and whether or how the users who wrote stories that end up being selected for inclusion will be compensated–were also not provided.

This partnership follows a number of other high-profile NFT signings, most of which are geared toward turning NFT projects or individual tokens into marketable media franchises.

Also worth mentioning is the fact that Forgotten Runes has another high-profile deal of its own: Last week, it announced that it’ll be one of the first four creators to list NFTs on Coinbase NFT, crypto exchange platform Coinbase‘s forthcoming OpenSea competitor.