YouTube-Commissioned Study Finds It Contributed $20.5 Billion To U.S. GDP In 2020 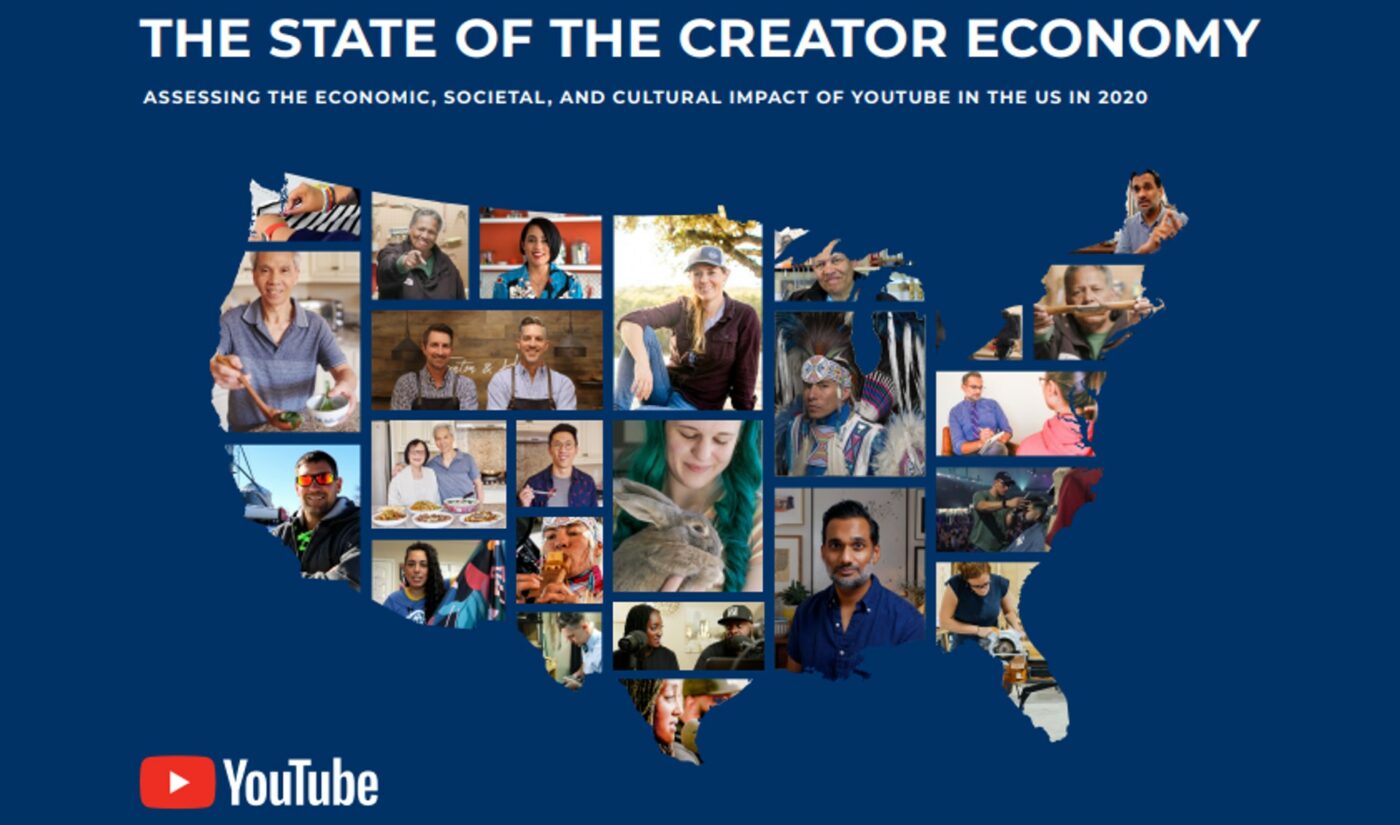 For the second year, YouTube has commissioned a study from research firm Oxford Economics, diving into the overarching economic implications of the video giant in the United States.

This year’s study, titled The State Of the Creator Economy, found that YouTube contributed $20.5 billion to the U.S. gross domestic product (GDP) in 2020, as well as the equivalent of 394,000 full-time jobs.

Last year’s report, looking at 2019, concluded that YouTube contributed approximately $16.7 billion to the U.S. GDP and the equivalent of 345,000 full-time jobs. That means that this year’s contributions increased 23% and 14%, respectively.

“We’ve only been in the world of professional creators whose businesses are online for about a decade,” YouTube chief business officer Robert Kyncl said at a press event unveiling the report. “And only YouTube has been sharing revenue directly with creators throughout that time.

“The potential is there that if all platforms shared revenue with creators the way that YouTube does,” he continued, “that the creator economy could easily rival Hollywood in terms of economic impact and job creation, just as it does today in terms of cultural influence.”

While Kyncl acknowledged that YouTube’s biggest creators are oft considered its biggest ad earners, the company has noted very robust growth among the largest contingency of its Partner Program: smaller creators. This is because YouTube viewers are increasingly willing to support up-and-comers via channel memberships and other paid digital goods when they are not already perceived as rich, Kyncl explained.