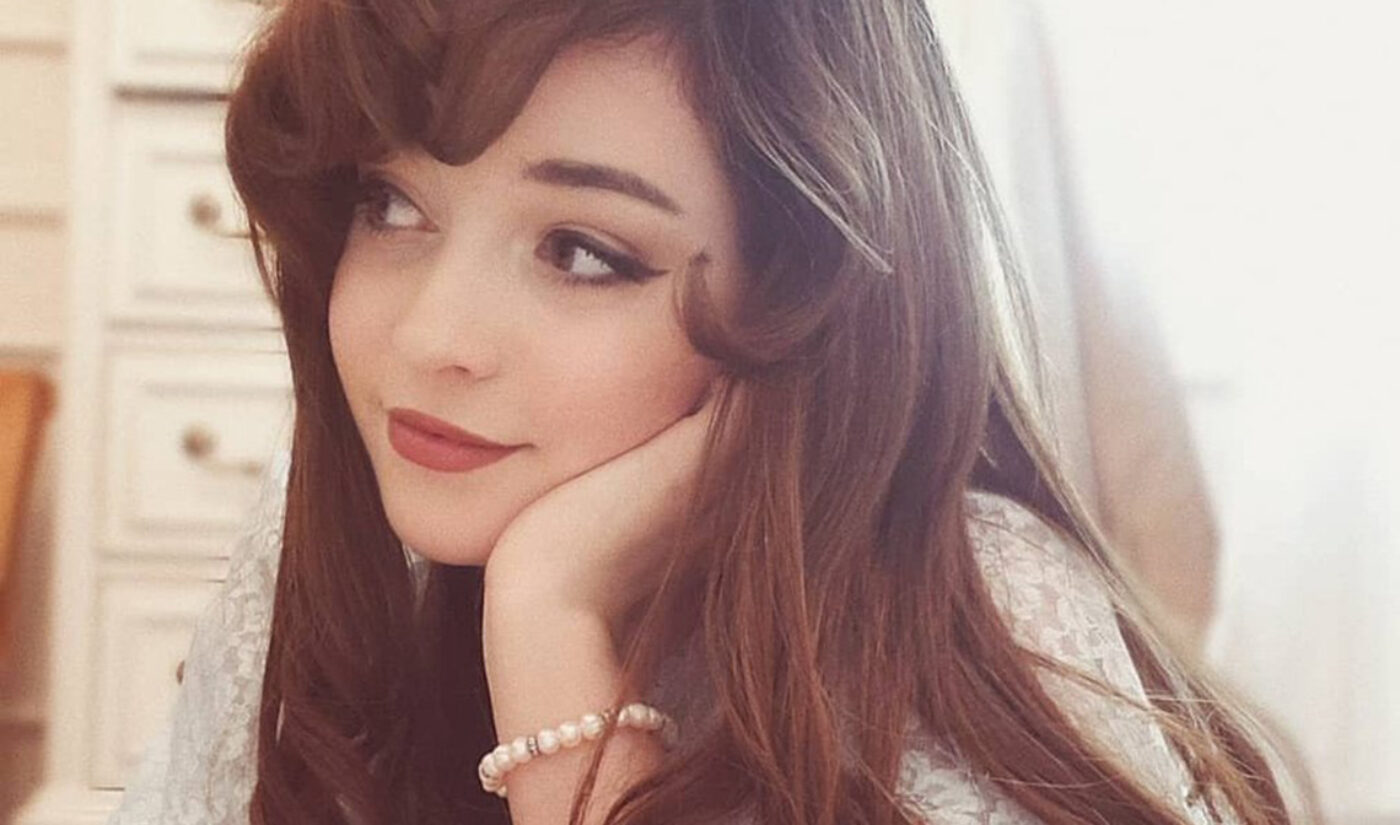 Hollywood’s Silver Screen days are well behind us, but the stars of that era live on–through their films, their families, their fans, and even on YouTube.

Jessica Vill‘s YouTube channel is like a window back through the decades. On the other side, Natalie Wood and Marilyn Monroe are featured in full color, showing off their latest looks and even giving interviews…except it’s not the stars themselves, it’s Vill, pulling off lookalike transformations that at times are so uncanny you might think she borrowed some CGI from that Audrey Hepburn commercial. There’s no special effects in Vill’s videos; her metamorphoses are all done by hand, with makeup.

Vill, who’s 26 and from Puerto Rico, developed an early love of filmmaking that sent her to film school and eventually found her fascinated with the makeup and wardrobe work that goes into making movies look magical. Starting a YouTube channel in 2015 was a natural extension of this interest, something she “didn’t think twice about,” she says. In the six years since, she’s posted 75 videos, racking up tens of millions of views by turning herself into not just iconic actors, but characters like Betty Boop, Lola Bunny, Jessica Rabbit, dark side Rey from Star Wars, Hermione Granger, the friends (from Friends), and power-hungry Nancy Downs from ’90s cult hit The Craft (embedded below).

Being on YouTube gave Vill a creative outlet, but more than that, it helped her build foundations for the future of her career. Earlier this year, she launched her own horror-focused production company, Somber Studios. And right now, she’s planning a relaunch of her channel–and her content across TikTok, Twitch, and Instagram–that will see her shift from DIY makeup transformations to DIY costuming.

Tubefilter: How does it feel to hit one million subscribers? What do you have to say to your viewers?

Jessica Vill: Hitting one million subscribers is an honorable goal to hit on YouTube. Many don’t realize how many people that is until you picture them in a room. The fact that one million people decided to support and enjoy my content is amazing! I just want to say thank you for sticking around, and I’m happy my content is worth the watch!

Tubefilter: Tell us about you! Where are you from? What did you do before launching a YouTube channel?

JV: I’m Jessica Vill, and I’m from Puerto Rico and reside in Florida. Before YouTube, I was a student taking film courses at a small community college, which helped me start up my YouTube!

Tubefilter: When and why did you start your own channel? What made it seem like the “right” platform for you and your content?

JV: YouTube was something I didn’t have to think twice about, nor was there any special plan other than using it as an outlet for creative expression. Fortunately for me, it became more than a way to express myself–it became my career!

Tubefilter: One of the most unique things about your channel is your transformation videos. You’ve used makeup to transform yourself into iconic movie characters, Silver Screen Hollywood legends, and more. When did you start doing transformations? Why have they become such a big part of your channel?

JV: I was always playing with makeup since I was a young girl. I grew up very into filmmaking, and a big aspect of films are the makeup, so naturally I was interested in the makeup. My makeup started as simply copying the makeup on the silver screen to taking it a step further and replicating their natural faces as well! Lots of practice and learning about light and shadows helped me pull many iconic faces off!

Tubefilter: What’s your filming schedule like? How often do you film? How long does the average video take to come together, from conception to upload?

JV: Videos usually take a full three days to film and edit. It usually takes a week or two to prep for it and gather the pieces, set, or even the actors I need for one video.

JV: Finding a balance between YouTube, Instagram, TikTok, and now Twitch has been my eternal battle. Especially now that I’ve opened up my own independent film studio, Somber Studios. Many times, it’s very tough to find enough time in each day to get it all done. As a natural introvert, it can also be very draining to always be “on” and camera-ready. When you force it, though, you end up creating “filler” content, which can be detrimental to your channel. People do pick up on that and can choose to unfollow! Consistency is important in your posting schedule, but even more so in your content quality. Quality over quantity has never failed me.

JV: My content is always based on my viewers’ suggestions and interests. I also base it on what’s popular on TV, and I try to curate content that is with the times. I don’t think too hard about it, though, as to not lose sight of who I am!

Tubefilter: As you know, there’s tons of beauty content on YouTube (and TikTok). How do you make your videos stand out amidst all the noise?

JV: I believe filtering out the noise and focusing on creating content you’re personally proud of is the way to go! I feel when you try too hard to stand out and get your numbers up, you tend to lose sight of your passion, and people pick up on that. I can say this because I’ve done this and it never worked out for me. My most favorite work was the work I did purely out of passion!

JV: Seeing people use my videos as inspiration, recreate them, and get excited for the next one is my favorite part about making content for YouTube.

JV: I’m currently in a major transition for my channel. Makeup is out and DIY fashion is in! I plan to make my comeback with costume-building as the main focus rather than makeup as my main content theme. I have always wanted to do costume transformations, so now that it’s an up-and-coming trend on YouTube, I feel it’s natural to make the shift!