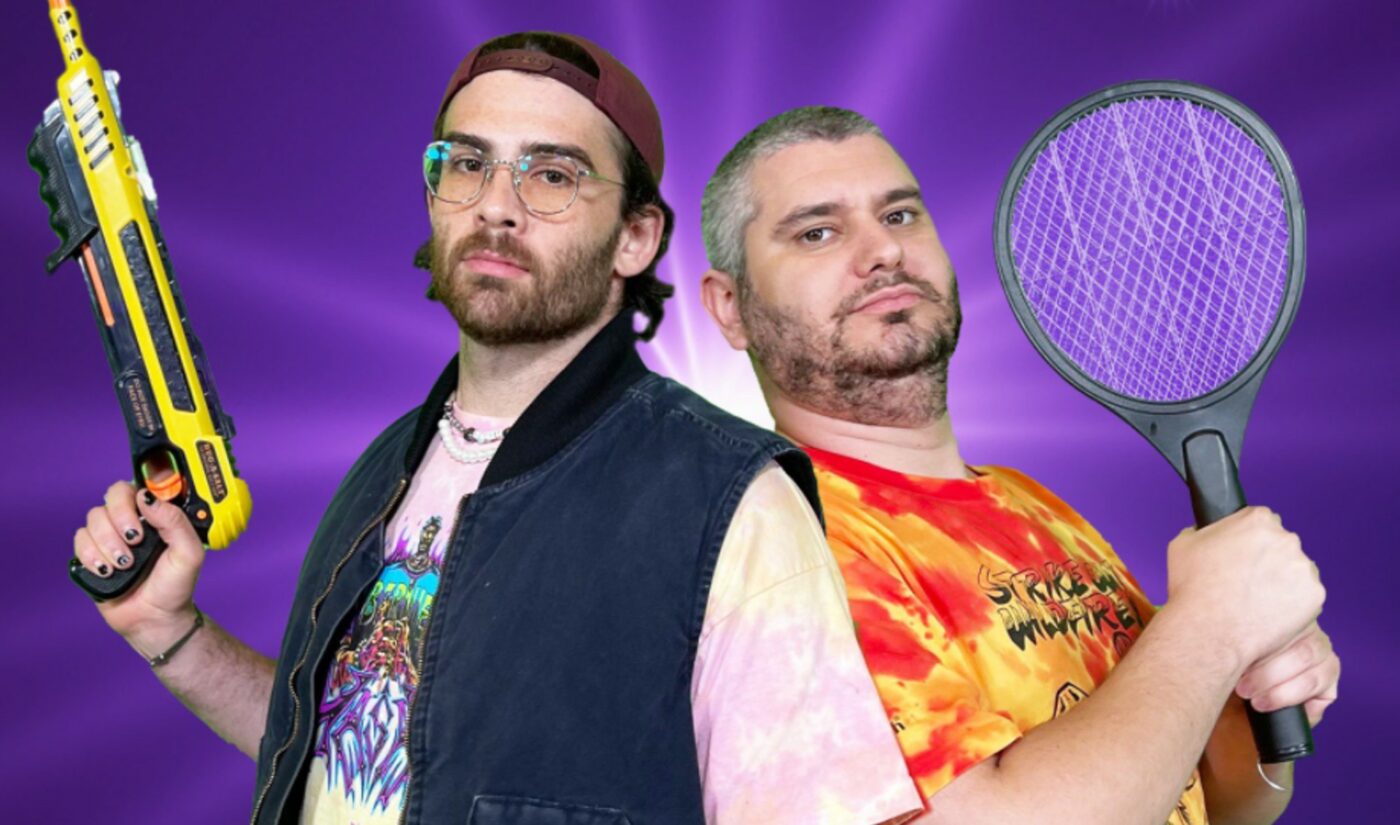 Leftovers is a political podcast that debuted yesterday on the H3 Podcast YouTube channel, co-hosted by Hasan Piker, who rose to fame as a journalist on progressive digital news network The Young Turks and currently streams on Twitch under the moniker HasanAbi.

While left-leaning, per its title, “The spirit of this show is not serious policy debate, it is bringing righteous to justice to these sh-tbags, just clowning on idiots,” Klein explained. The first show, from a purported $3 million set, focused on vaccine misinformation being propagated by rapper Nicki Minaj.

After bowing yesterday, episode one has already nabbed 1 million views. The H3 Podcast channel counts 3 million subscribers, plus an additional 1.7 million on a separate channel for highlights. Piker, for his part, counts 1.5 million followers on Twitch.

Ethan and his wife and co-host, Hila Klein, launched The H3 Podcast channel in 2017. It’s currently home to three series: H3 After Dark, a live series with the Kleins, and H3TV and Off The Rails — both of which feature a solo Ethan commenting on his personal life and current events. Past or inactive series include Families (a temporary Frenemies replacement co-hosted by Ethan’s parents) and Content Court, in which Ethan and Hila conduct deep dives into controversial YouTube creators.

You can check out the inaugural episode of Leftovers right here: