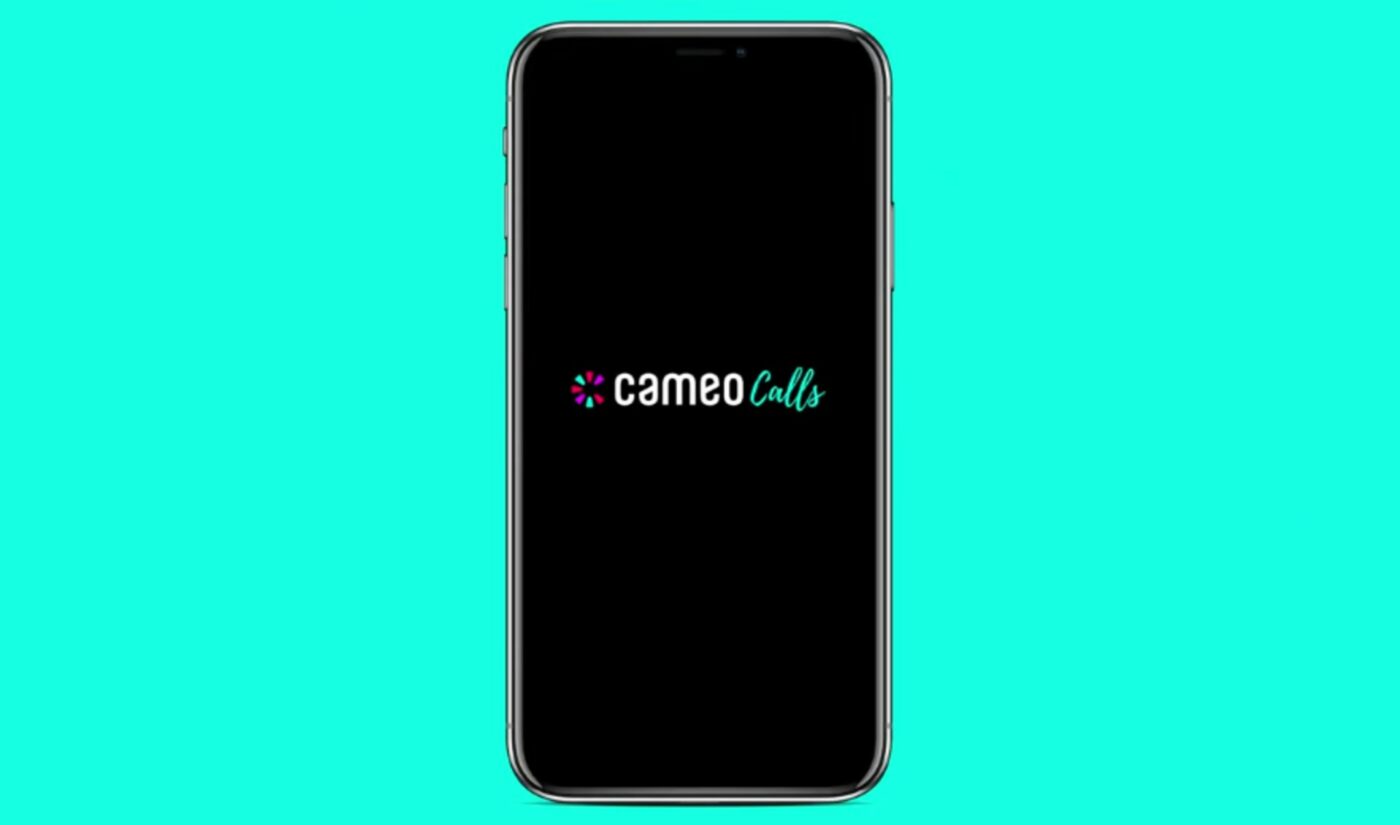 Rather than prerecorded shoutouts, Calls currently enable 500 celebrities to host live video chats with their fans. At the end of the call, a countdown clock appears onscreen, setting the scene for a screenshot photoshoot of sorts.

Calls can be booked on individual talent pages by tapping the ‘Calendar’ icon, and then, on the date of, fans simply enter their unique ticket code to ‘line up’ for their Call. Celebs set the duration (up to 15 minutes) and prices of Calls, with Cameo saying that the average call is currently priced at $31. Participants thus far include actors James Phelps and Scott Evans, as well as the musician Mya.

In 2020, Cameo launched a Zoom Calls feature, enabling fans — and up to four friends — to book 10-minute live video interviews with their favorite stars. The Verge reports that Cameo sunsetted this option in April, and a Cameo spokesperson tells Tubefilter it launched Cameo Calls to “focus on augmenting the one-to-one experience and ensure that the experience could be found all in one place within our app.”

“Armed with learnings from 40,000 of the world’s most diverse talent as a testing pool, and demand from fans around the world, we set out to build an experience that provides real-time connections between fans and talent from anywhere,” VP of product Nundu Janakiram said in a statement. “In limited testing, we’ve already enabled nearly 3,000 connections through Cameo Calls and seen talent get creative with themed meet and greets, coffee chats, private concerts, and even tarot card readings.”