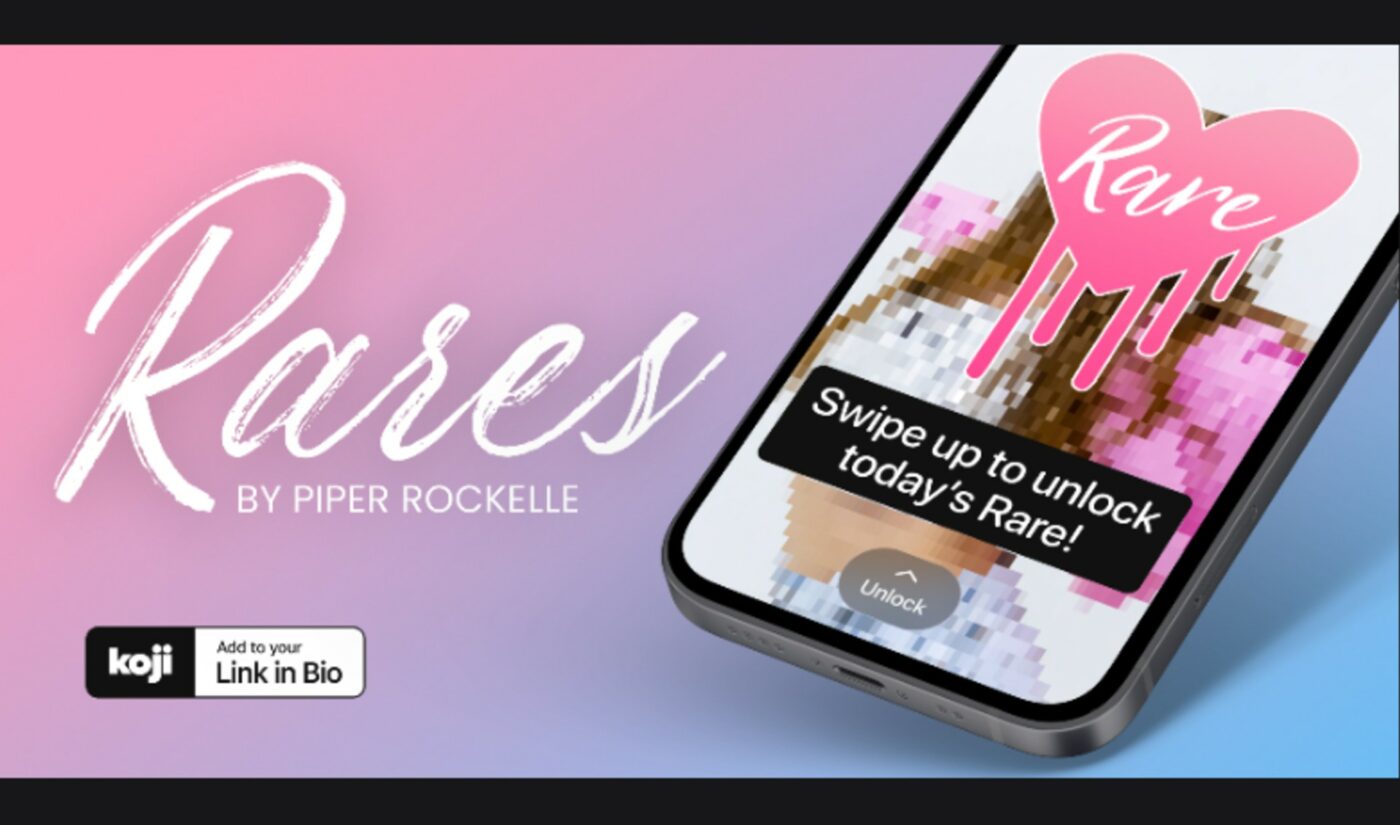 Koji, the link-in-bio startup that enables creators to add different apps to their social media profiles — for both engagement and monetization purposes — has teamed with YouTube and TikTok phenom Piper Rockelle on a brand new app.

Dubbed Rares, the tool enables creators to hide photo or video posts with pixelation, stickers, or text — which fans can then unlock by either paying a fee (between $1 and $1,000), entering a password, or answering a quiz question.

Koji notes that 14-year-old Rockelle — an actress, dancer, and singer with 4.8 million Instagram followers — was creating Rares manually on her social media channels for roughly a year before formalizing the concept into an app.

Rares is free to use and available today within Koji’s app store, which houses hundreds of other apps like TipJar (for creator tips), Video Request (enabling fans to order custom videos), and Billboard (which lets creators sell ad space on their profiles). That said, Koji’s app developer partners, like Rockelle, set their own fee structures. The Rares app touts a 15% transaction fee — though no fees are collected if creators opt to use passwords or quiz questions, Koji said.

“When I first started making Rares, I was doing it by hand,” Rockelle, who rose to fame in beauty pageants and now creates prank and challenge videos on YouTube (8.3 million subscribers), tells Tubefilter. “I’d blur images in Photoshop and then add all of the stickers and text on Instagram. It was definitely a time-intensive process, but my fans really love it, so I kept making them.”

“Social media creators have developed all kinds of bespoke workflows to create and publish their content,” added Koji CEO Dmitry Shapiro, a former Google product manager and MySpace CTO. “The natural next step is for creators to ‘app-ify’ those workflows to dramatically reduce the time and effort required to get things done.”

Koji, whose apps can be accessed on TikTok, Instagram, Twitch, and beyond, launched last March and has raised $16 million in venture capital through its parent company GoMeta.

Koji’s pact with Rockelle arrives amid some controversy for the star, after the singer Pink tweeted last week that she felt Rockelle was being “exploited” by her mother, who had snapped pictures of her in a bikini for social media. And last Thursday, YouTube removed three thumbnails from Rockelle’s channel — one for a video entitled My Boyfriend Walked In On Me, which showed Rockelle clutching a towel to her body — for violating child safety policies, Insider reports.

“The thing she said about my mom is not true at all,” Rockelle continued. “My mom asks me almost every single day, ‘Are you happy? Do you want to keep doing this?’ And I always say yes, because I love making people happy and it makes me happy.”