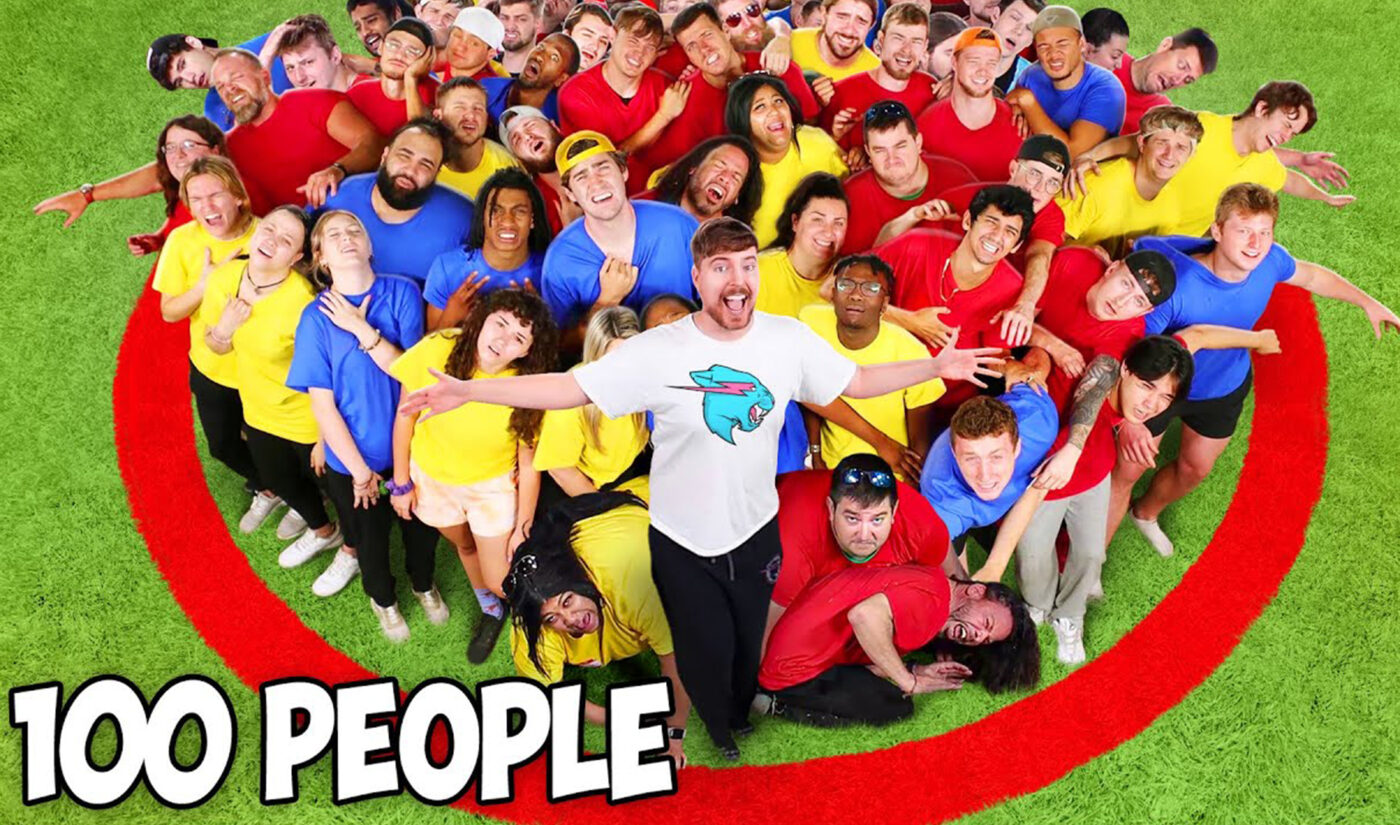 “Coinbase is the best place to buy Bitcoin, Ethereum, Dogecoin, and many other cryptocurrencies,” the YouTuber, who has nearly 70 million subscribers and commands hundreds of millions of views per month, tells viewers in his Aug. 31 upload.

The video, like many previous MrBeast productions, pitches a group of strangers together in a confined area to see who can outlast all their opponents. On the line is a tantalizing $500,000 grand prize, but as usual, MrBeast (aka Jimmy Donaldson) offers smaller prizes, like new iPhones and slimmer sums of cash, to those who duck out early.

A few minutes into the video, Donaldson pauses things to tell viewers how to sign up for Coinbase, and says the publicly traded platform will give $10 in Bitcoin to anyone who joins using his referral code.

That’s not the duo’s only giveaway: they’re also doing the “#CoinBeastSweepstakes,” where one winner will receive $100,000 in Bitcoin.

Coinbase launched in 2012 as a way for the average person to make transactions in a variety of cryptocurrencies (with Coinbase profiting by taking a cut from each). According to the company, it has more than 68 million verified users and more than 9,000 “institutions” that use it to make trades and/or accept payments. Per Bloomberg, it is the largest cryptocurrency exchange in the United States, and in the first quarter of 2021 alone made $1.8 billion in revenue.

Giving away $100,000 might not seem like much from a company that’s making nearly $2 billion a quarter and has raised more than $547 million from investors to date, but the sweepstakes and overall partnership with Donaldson is a sizeable investment in the creator space–and is Coinbase’s first major step into influencer marketing.

We don’t know how many signups Donaldson’s video may have prompted (and will continue to prompt), but on just the eyeballs front, the deal seems to be working out: the CoinBeast upload has more than 25 million views so far.

Oh hey … wonder what @MrBeast is up to these days. 🤔 #CoinBeastSweepstakes pic.twitter.com/jRbHwwALRd

This past week, the company opened a job listing for an influencer marketing manager to lead “scaling and nurturing Coinbase’s creator relationships on key channels such as YouTube, Instagram, TikTok, Twitch, and more.”

The manager will “focus on driving measurable user acquisition and consideration,” the listing says, with a “strong understanding of key cultural moments and people that align with the Coinbase brand.”

Whoever’s brought on for the position will work out of Coinbase’s HQ in Seattle.

While Coinbase is just dipping its toes into creator-driven marketing, plenty of other cryptocurrency brands and individual coins have tapped digital influencers over the past couple of years, sometimes with less than stellar results. Companies already in the creator industry are taking note, too, with businesses like Jellysmack and Rally building their own cryptocurrency and non-fungible token systems for creators.