Facebook Unveils Hub For ‘Fantasy Games’, But Without Actual Betting 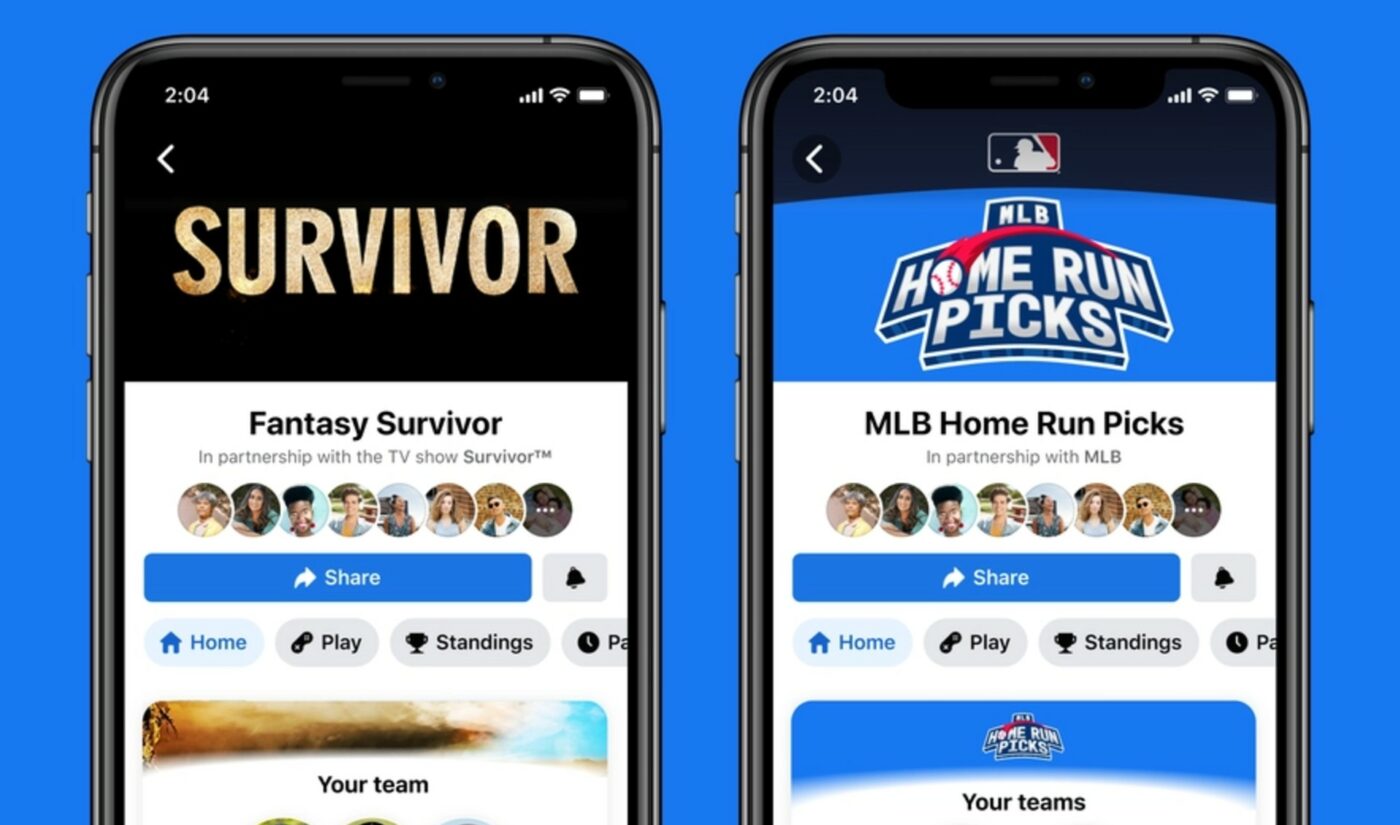 Today, Facebook is launching a Fantasy Games hub on its iOS and Android apps in the U.S. and Canada.

The free, prediction-based games aim to bring traditional fantasy sports to simpler formats, Facebook said, in fields like sports, television, and pop culture. Fantasy Games can be accessed from the bookmark menu and via News Feed notifications.

A Facebook spokesperson said the company doesn’t have any current plans to offer betting, but may explore various types of prizes in the future while remaining free for all users.

Launching today is a daily sports prediction game called Pick & Play Sports, created in partnership with sports-focused digital network Whistle. The game endows points to fans who correctly predict the winners of big games, the number of points scored by top players, or even specific events that unfold during a match. Players can also create their own fantasy leagues with public leaderboards. These leagues can be public or private, and allow friends and fellow fans to share picks, reactions, and comments.

Other games will roll out in coming months surrounding predictions for hit TV franchises like Survivor and The Bachelorette. BuzzFeed, Major League Baseball, and Spanish soccer league LaLiga Santander are also readying their own titles, Facebook said.