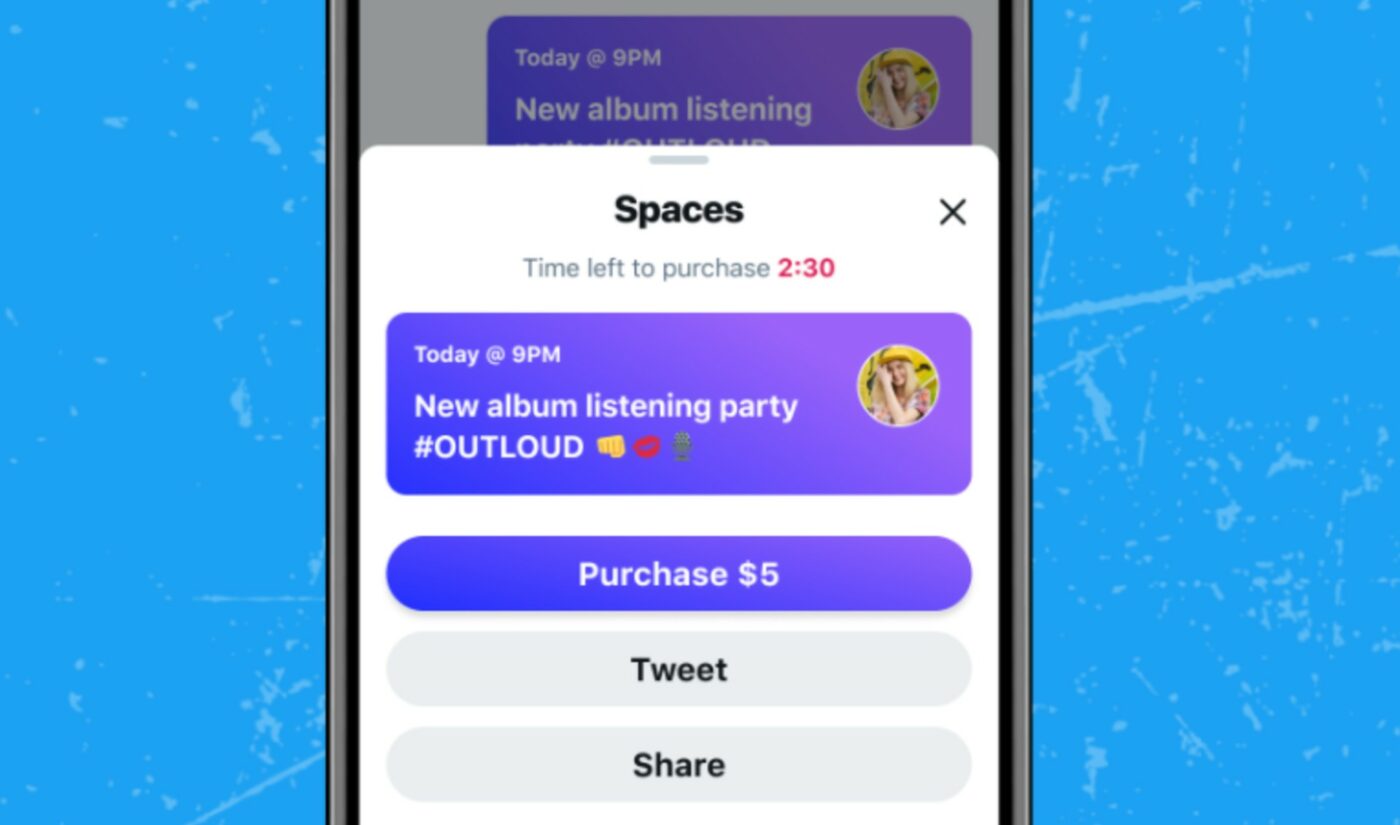 Twitter is beginning to monetize its Clubhouse clone Spaces by rolling out Ticketed Spaces to select users on iOS.

Spaces are live audio conversations, and applications to vend tickets became available in June to users over 18, who had hosted three Spaces within the last month and had at least 1,000 followers. Pricing options for Ticketed Spaces are between $1 and $999.

“We’re continuing to work closely with people who are already hosting Spaces for Ticketed Spaces,” a Twitter spokesperson told Techcrunch, though the company declined to specify how many people are able to monetize their conversations. That said, all iOS users can buy tickets to Spaces.

While Clubhouse enables attendees to tip speakers during conversations, Techcrunch notes, it does not yet offer the option to purchase tickets in advance.

Twitter takes a 3% cut of Ticketed Spaces sales — after Apple’s 30% in-app purchase fee. That said, Twitter previously outlined a tiered commission system, whereby it will raise its cut to 20% once a creator’s lifetime Twitter earnings surpasses $50,000, including both Ticketed Spaces and Super Follows — the latter of which enables creators to vend Patreon-like subscriptions with special perks.

we’re experimenting on iOS only for now but we hope to get it to everyone soon. know it’s taking us a little time, but we want to get this right for you! https://t.co/xc68yWkOim