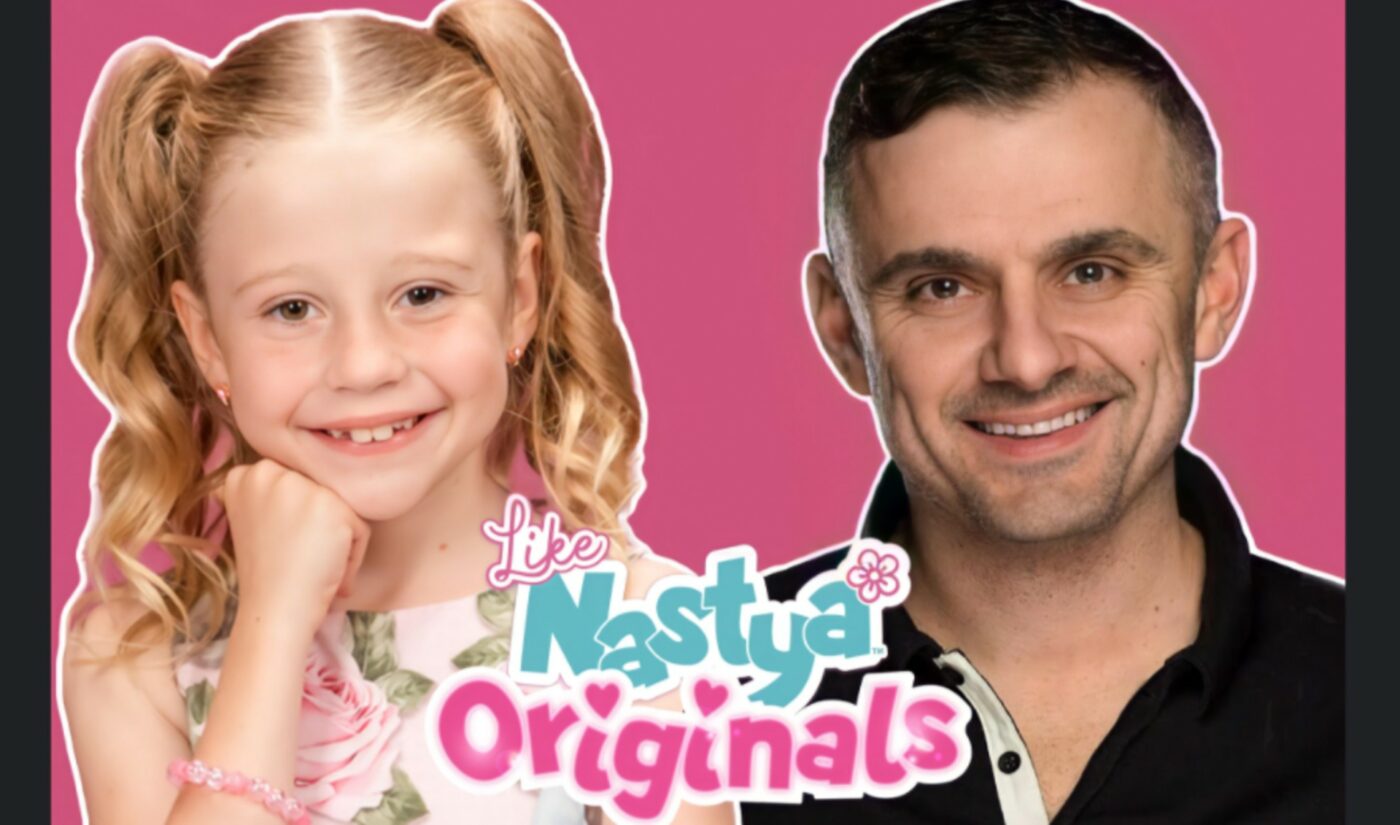 Seven-year-old YouTube phenom Like Nastya, who counts 220 million subscribers across her global channel portfolio — is launching her first-ever merch program with a bit of crypto twist.

Accompanying the debut of her first physical toy line at Walmart, Target, Amazon, and Claire’s, Nastya — whose last name is Radzinskaya — is also partnering with Gary Vaynerchuk on a collection of NFTs, or non-fungible tokens.

The physical toy line was designed by manufacturer Jazwares, and ranges in price from $5 to $40. Princess dolls, collectible figures, bedroom playsets, plush toys, and headbands will be available in the U.S. and U.K. this fall, before rolling out globally through spring 2022. The collection arrives after Radzinskaya inked a global licensing pact with IMG last year.

Rather than a traditional NFT launch, however, which typically arrives as digital artwork that lives on the blockchain, Radzinskaya’s NFTs will endow holders with real-world utilities, explains her manager Eyal Baumel — who is also the CEO of the multi-channel network Yoola.

“This will allow Nastya’s community to own a collectible memory of Nastya, but to also use some of the unique utility NFTs to engage with her in the most special ways,” Baumel says, “including birthday greetings, connecting on social media, shoutouts, and even a live video call.”

The NFT collection, dubbed Nastya’s Originals, will be vended at multiple tiered price points, including a Nastya For All token (available only during launch week), a ‘Special’ tier of social engagement tokens, and a ‘Super Rare’ token — with only one being minted — that will offer a one-on-one call with the star. The collection, co-created with Vaynerchuk’s NFT development consultancy VaynerNFT, will drop on Aug. 24 on the Bitski platform.

“There are very few people on earth that have ever amassed an audience the size of Nastya and we are thrilled to work with her and her family,” Vaynerchuk said in a statement. “The fact that her circle is thoughtfully thinking about how to bring her audience value through an NFT project instead of trying to make a quick buck is exactly why we wanted to work with them and is exactly the way that VaynerNFT wants to structure projects.”

In May 2021, Vaynerchuk launched his own successful NFT venture known as VeeFriends, which bestows token holders with special perks, like access to the business and creativity conference VeeCon, kicking off next May.