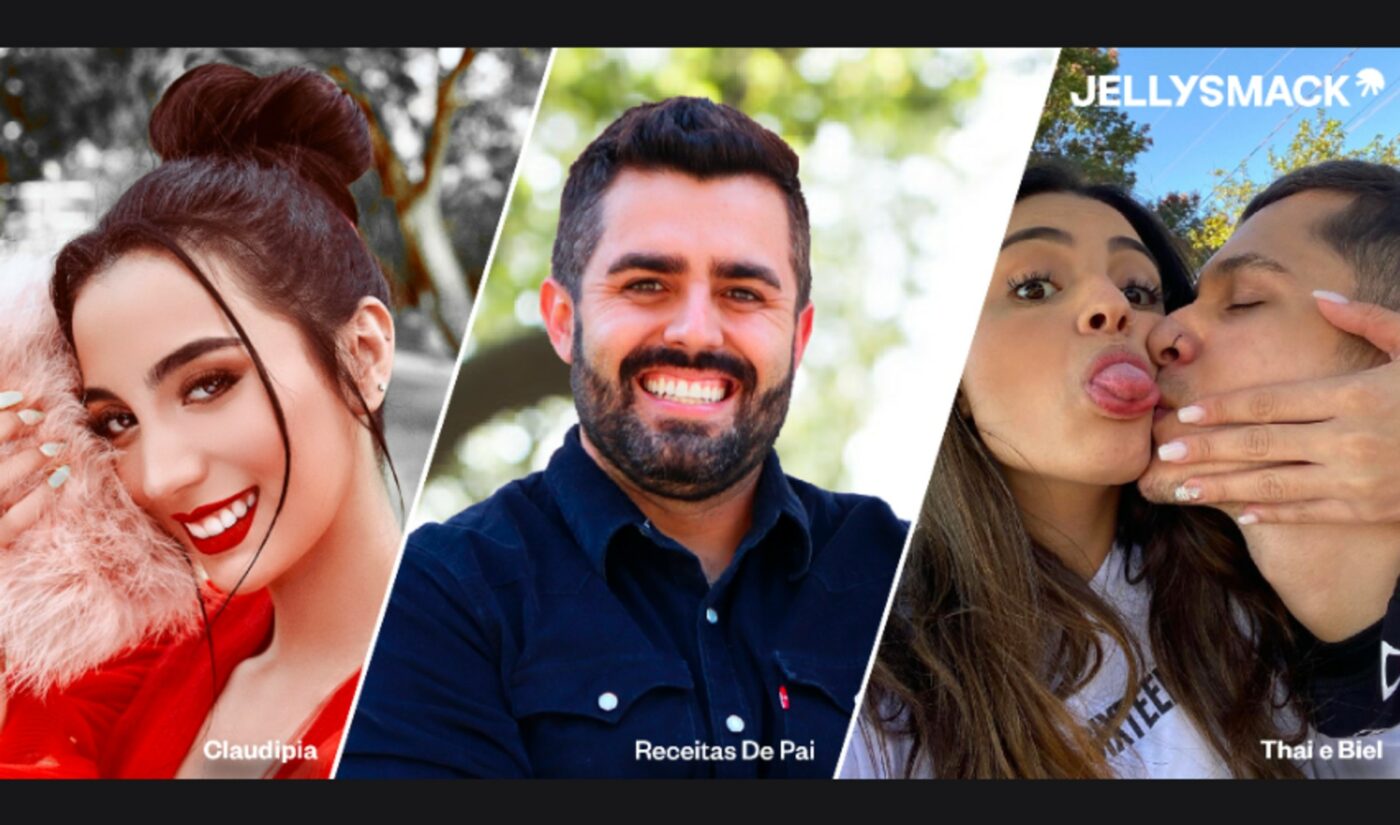 Jellysmack, which harnesses proprietary A.I. technology to help creators expand their presence across multiple platforms — for YouTubers to grow on Facebook and Snapchat, for instance — has added a trio of top Latin American influencers to its stable.

The signings arrive on the heels of an investment from SoftBank that valued Jellysmack at upwards of $1 billion, with the company saying at the time that funds would be used to fuel international expansion.

And earlier this month, Jellysmack named former YouTube executive Youri Hazanov as head of international. He will be charged with developing the company’s business in key markets across Europe, Asia-Pacific, the Middle East, and Latin America. Another just-announced hire, Bruno Belardo — who joins Jellysmack from Spotify — has been tapped as country manager for Brazil.