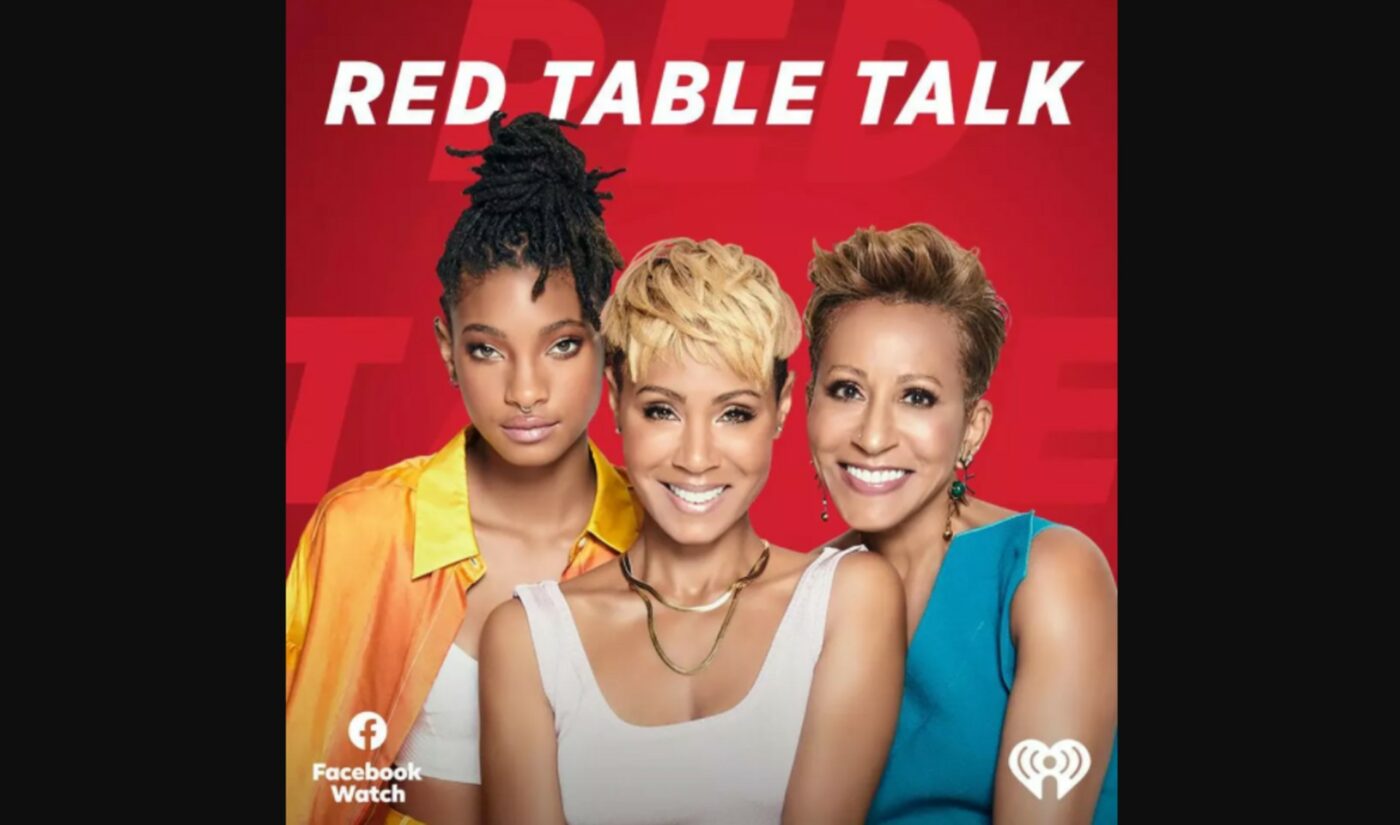 Red Table Talk has signed an overall deal with mass media corporation iHeartMedia that will include the launch of the Red Table Talk Audio Network.

Up next is Red Table Talk: The Estefans, co-hosted by Gloria Estefan, Emily Estefan, and Lili Estefan. That series, launching on Aug. 25, will live on My Cultura — a podcast network from iHeartMedia whose aim is to elevate Latinx voices. Additional shows within the Red Table Talk Audio Network will be announced in coming months.

“We are thrilled to join the Red Table Talk Audio Network,” Gloria Estefan told Deadline in a statement. “This podcast lets my fans get to know me, my amazing daughter, Emily, and my niece, Lili, on a deeper level through our hold-nothing-back opinions and life experiences.”

Future podcasts will be distributed by the iHeartPodcast Network, streaming radio platform iHeartRadio, and on all podcast distribution services. They will be hosted by Red Table Talk hosts and regular contributors.

Red Table Talk has amassed 13 million followers across all social media channels and is produced by Westbrook Studios — the digital division of the media company co-founded by Jada Pinkett Smith and her husband, Will Smith.