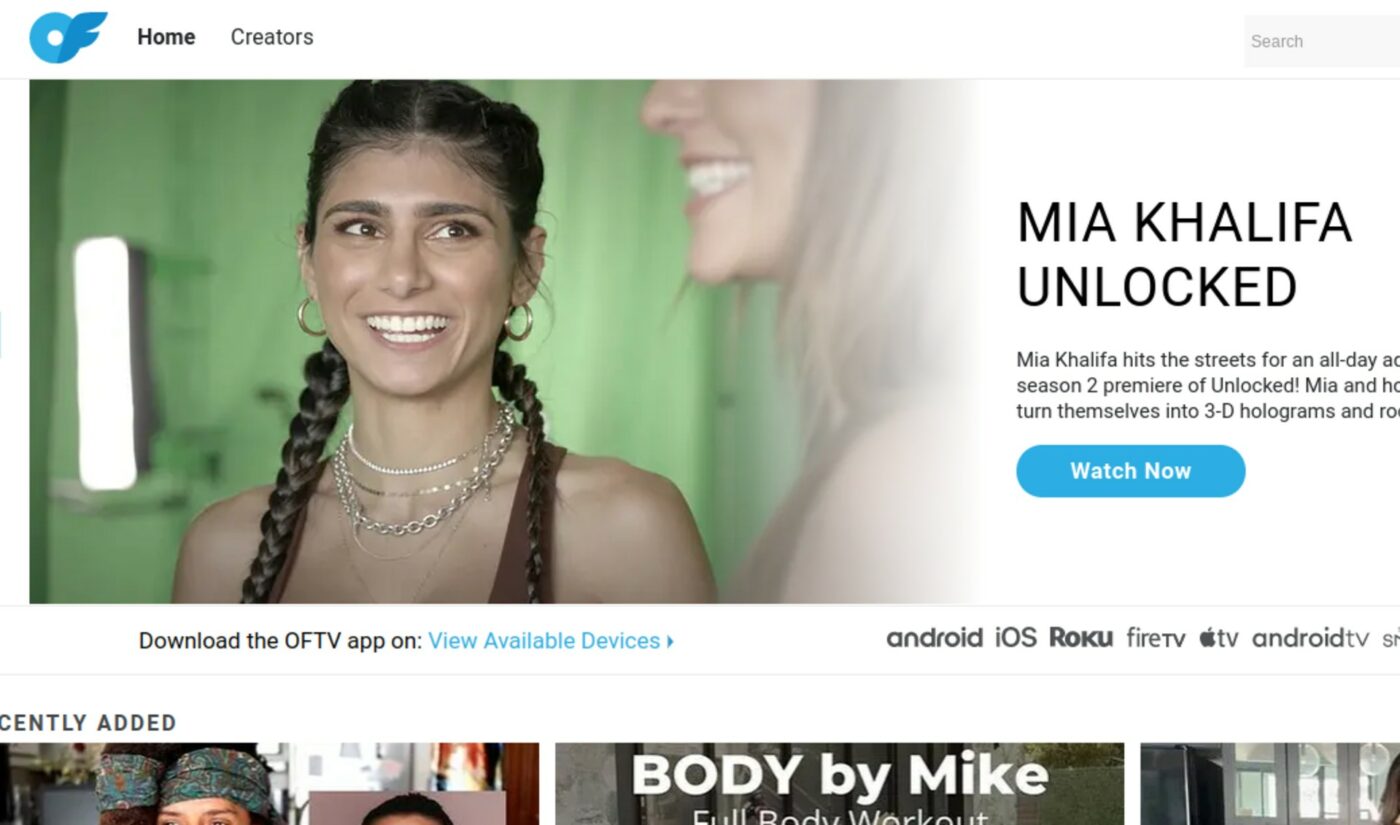 OnlyFans, the subscription platform best known for NSFW content that’s used by 130 million people each month, has created its first app — given that its flagship platform is disallowed from the Apple and Google app stores.

OFTV, as the new app is called, won’t feature any nudity and won’t charge any subscription fees or run any ads — at least for now, Bloomberg reports.

The app currently houses a library of roughly 800 videos starring some of the biggest OnlyFans creators, including the original series Unlocked, which features conversations with the likes of Mia Khalifa, Bella Thorne, and Holly Madison. OFTV also features original content from fitness instructors, chefs, and podcasters. Even though the content isn’t pornographic, Bloomberg notes, many of the videos on OFTV are sexually-charged and feature scantily-clad creators.

Given that OFTV is free and doesn’t contain ads yet, it is currently envisioned as a marketing tool for both creators and the OnlyFans brand, according to Bloomberg. It is unclear if creators are being paid to furnish content for the nascent platform.

“OFTV provides a super convenient way for fans to watch content from favorite creators,” OnlyFans founder and CEO Tim Stokely told Bloomberg. “There’s no adult content on OFTV. Because it’s not being monetized and there’s no direct impact on creators’ earnings, we are able to be in the app store.”

OFTV actually released back in January, and this week is beginning a marketing push — which is part of the company’s ongoing move away from being solely known as a purveyor of NSFW content. OnlyFans is seeking to raise fresh funding at a valuation of more than $1 billion, with Stokely telling Bloomberg that he hopes to close the round by year’s end.