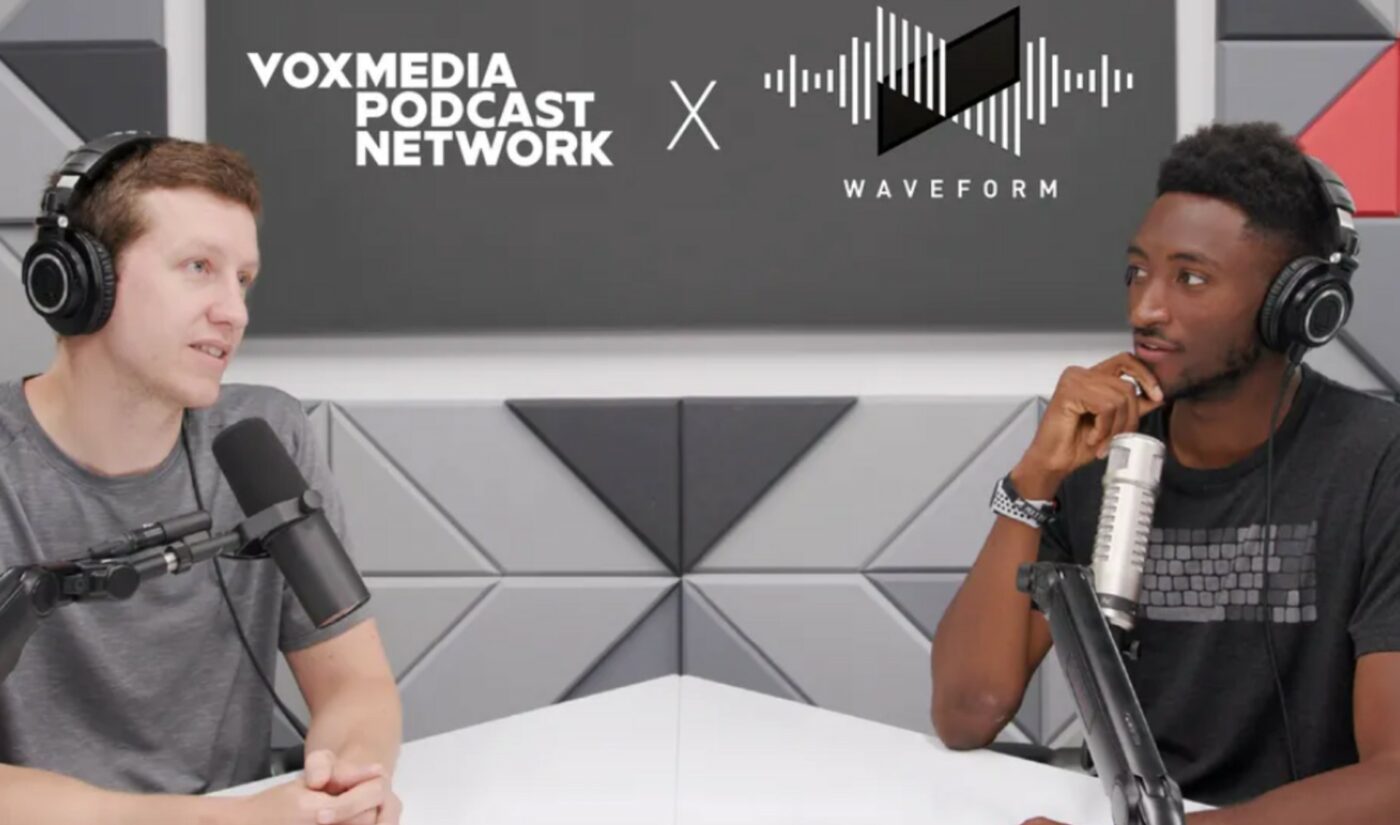 YouTube tech creator Marques ‘MKBHD’ Brownlee is building on his relationship with Vox, bringing his podcast, Waveform, into the Vox Media Podcast Network (VMPN). The first episode to emerge from the deal will debut on Sept. 3.

Waveform, launched in Aug. 2019 at Studio71 and covering the latest and greatest news in the technology space, is co-hosted by Brownlee and Andrew Manganelli. New episodes drop every Friday.

Going forward, Vox will handle ad sales, marketing, and distribution for both the podcast and its accompanying YouTube channel — while also identifying new areas for growth. (In addition to his flagship channel and the Waveform hub, Brownlee just opened a secondary vlog and behind-the-scenes YouTube channel dubbed The Studio).

The Waveform pact marks the second venture between Brownlee and Vox. The Emmy-nominated Retro Tech, co-produced by YouTube Originals and Vox Media Studios, is a TV series that sees Brownlee exploring technological promises of the past and how they have panned out today.

VMPN, led by president Marty Moe and focused on journalistically-driven business, tech, culture, and sports series, recently acquired law and justice-focused podcast producer Cafe Studios and has also announced partnerships with food science and history series Gastropod and Longform, which is dedicated to new and classic non-fiction articles. All told, the network is home to 200 shows.

“As we continue adjusting, tweaking, and finding new things to do with Waveform, it’s an honor to join such a diverse, talented network of shows,” Brownloee said in a statement. “We’re looking forward to this partnership bringing the show to new audiences and new heights.”