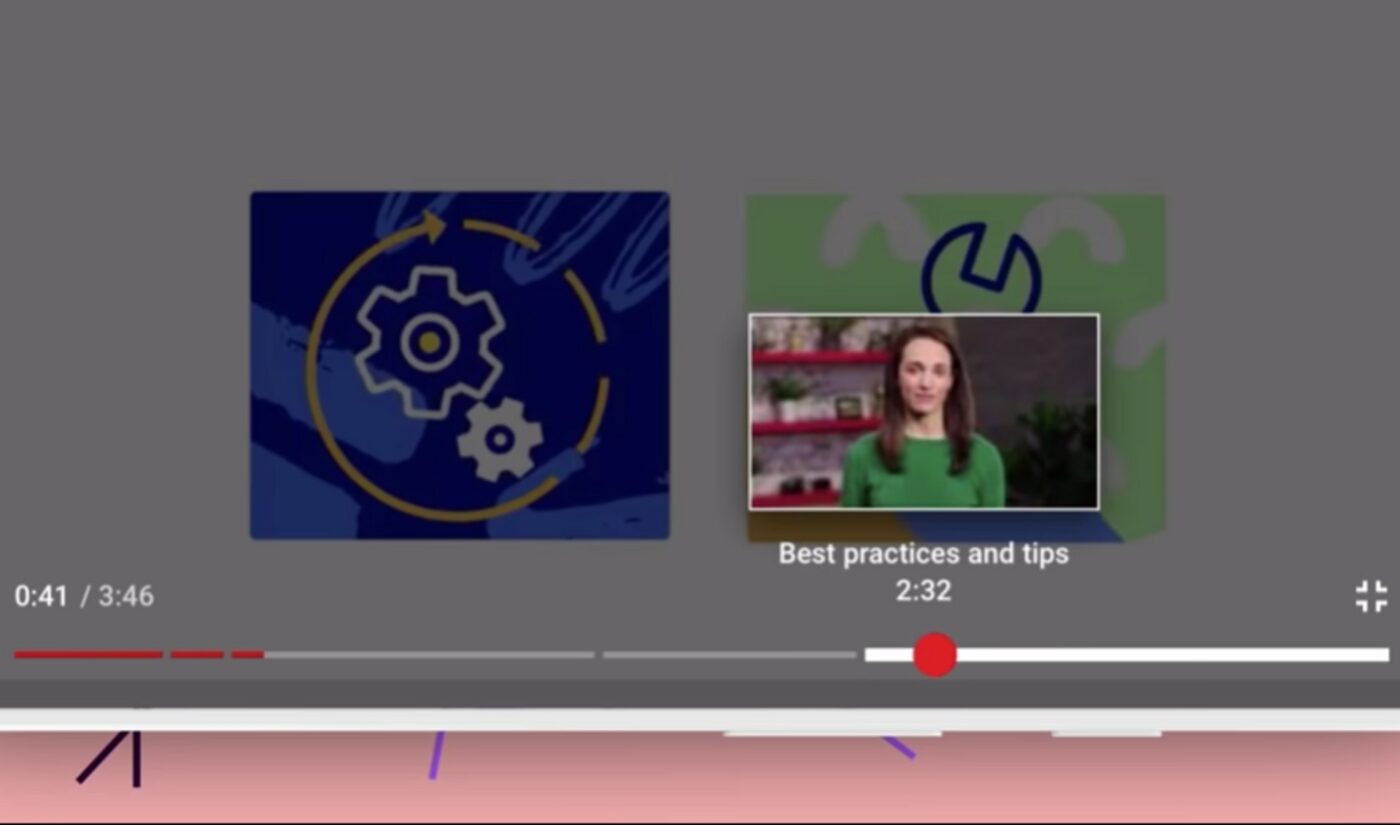 YouTube has implemented a new gesture control on the Android version of its app that will let users navigate video ‘Chapters‘ by double-tapping with two fingers.

YouTube began testing Chapters — or delineated sections of a video within the scrubbing timeline — in April 2020, and rolled the feature out fully the following month. Chapters aim to make lengthier videos easier to navigate, the company says, and are generated based on user-provided timestamps in video description boxes.

The new navigational gesture arrives days after another addition, whereby users are able to scrub through a video — both forwards and backwards — by tapping and holding anywhere on the screen, and then sliding the same finger to the left or right. Android Police notes that, after touching the screen, a “slide left or right to seek” notification appears, confirming that the gesture has been triggered.