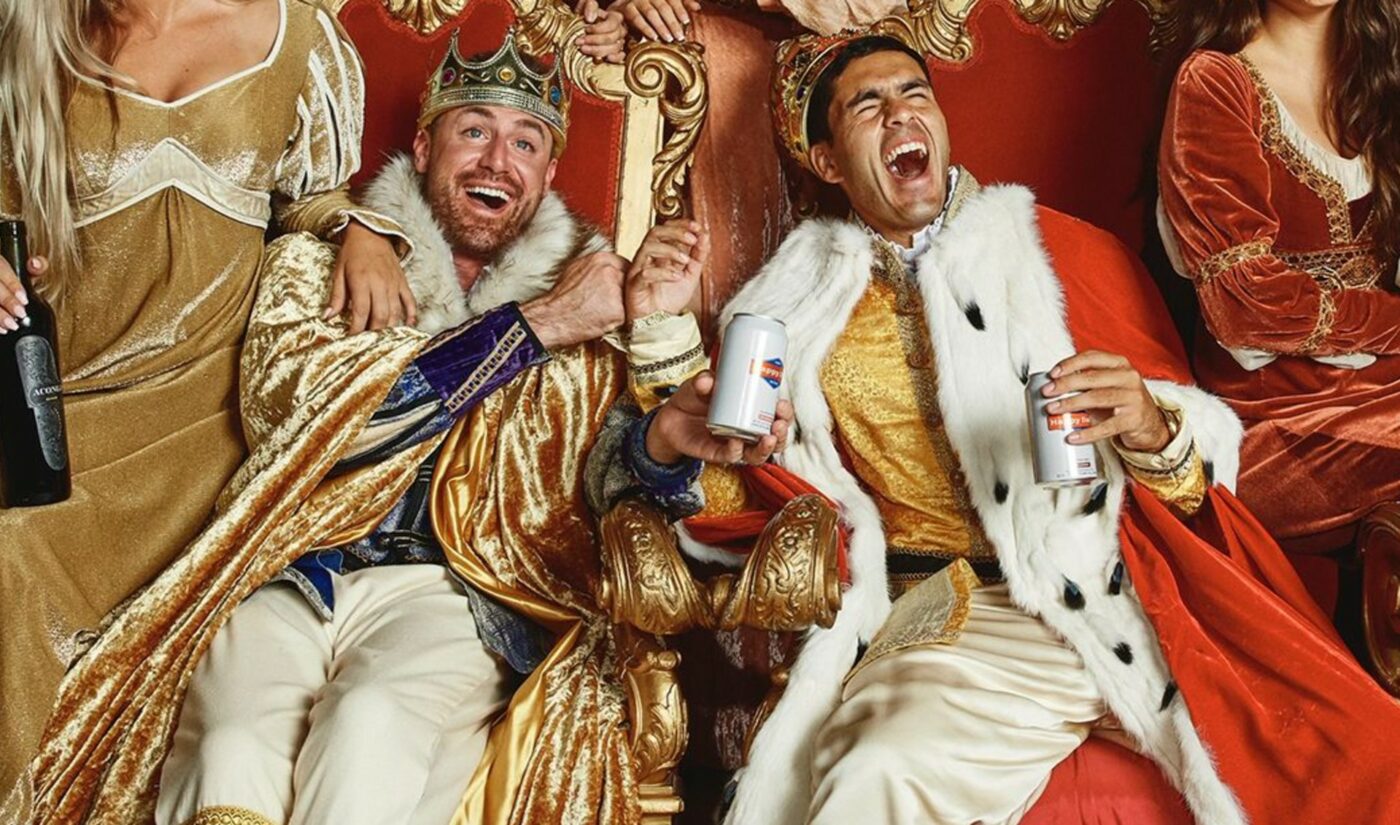 Nelk, the rowdy YouTube group known for its boundary-pushing pranks and fratboy antics, is venturing into the podcast space.

The show, dubbed Full Send — the same name as the group’s merch brand — will be hosted by a rotating cast that includes Nelk members Kyle Forgeard, SteveWillDoIt, and Salim, as well as comedian Bob Menery. New episodes will drop every Wednesday.

The series will dive into the business of the Nelk empire, while recounting the crew’s most legendary party stories. Episode one premiered yesterday featuring Forgeard and Menery in conversation with UFC president Dana White (below). The series will be distributed on a newly-launched YouTube channel, which has amassed over 315,000 subscribers since its launch on Monday. (A second channel also exists for highlights).

The podcast will operate under the Shots Studios YouTube multi-channel network. In April, Shots signed two other podcasts to its MCN: I Am Athlete, which is hosted by a quartet of former NFL stars, and Hotboxin’ With Mike Tyson, in which the boxing legend takes on cannabis culture.

“I’m excited to use this podcast to show our fans a side of us and Nelk that they don’t usually get to see,” Forgeard said in a statement. “We love playing hard, but we also work very hard, too, and we’re looking forward to getting into the business behind Nelk on this show.”