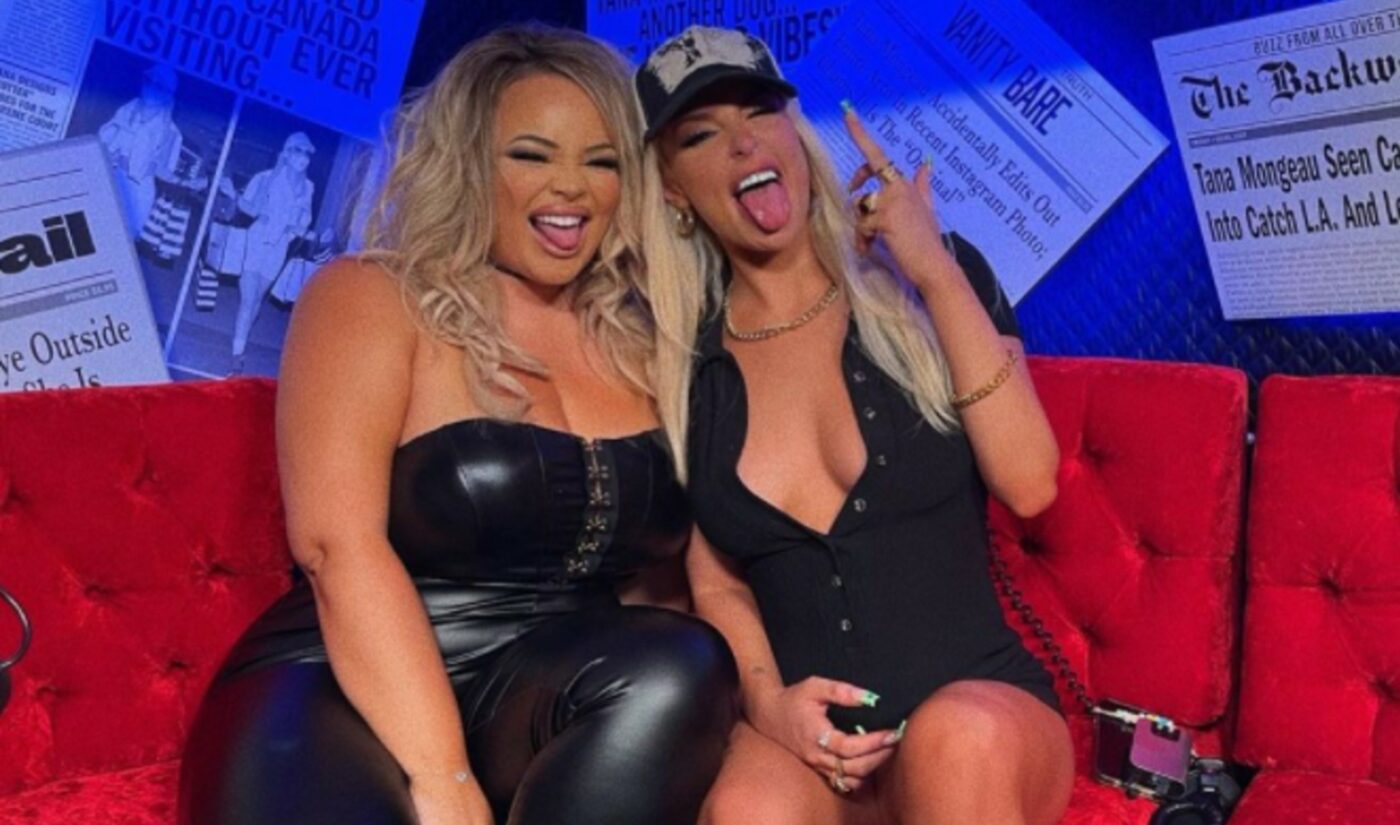 Tana Mongeau’s brand new podcast, Cancelled, is off to an auspicious start.

After launching on July 26, Cancelled is currently standing tall at the No. 8 spot on the iTunes ‘Top Shows’ charts, and No. 9 on Spotify’s ‘Top Podcasts’ charts in the U.S. Mongeau also appears to have converted a former vlog channel with 2 million subscribers into a hub for Cancelled, which will air video versions of each episode.

Cancelled features Mongeau in conversation with close friends and co-hosts Hunter Moreno and Brooke Schofield. As an evolution of the storytime videos that turned her into a YouTube staple, Cancelled will cover Mongeau’s own dramas as well as those across the larger influencer sector.

Thus far, two episodes are live — one in which Mongeau discusses living in David Dobrik’s old home, and another in which she welcomes her first guest, fellow YouTuber Trisha Paytas.

Cancelled is produced by podcast network The Paragon Collective and Mongeau’s management at David Weintraub Entertaiment. In addition to her podcast, Mongeau has teased forays into other industries including boxing, food, and alcohol. Mongeau also co-founded her own talent management firm in April called Tana’s Angels Agency (TAA) in collaboration with Weintraub and social media marketing company Unruly.