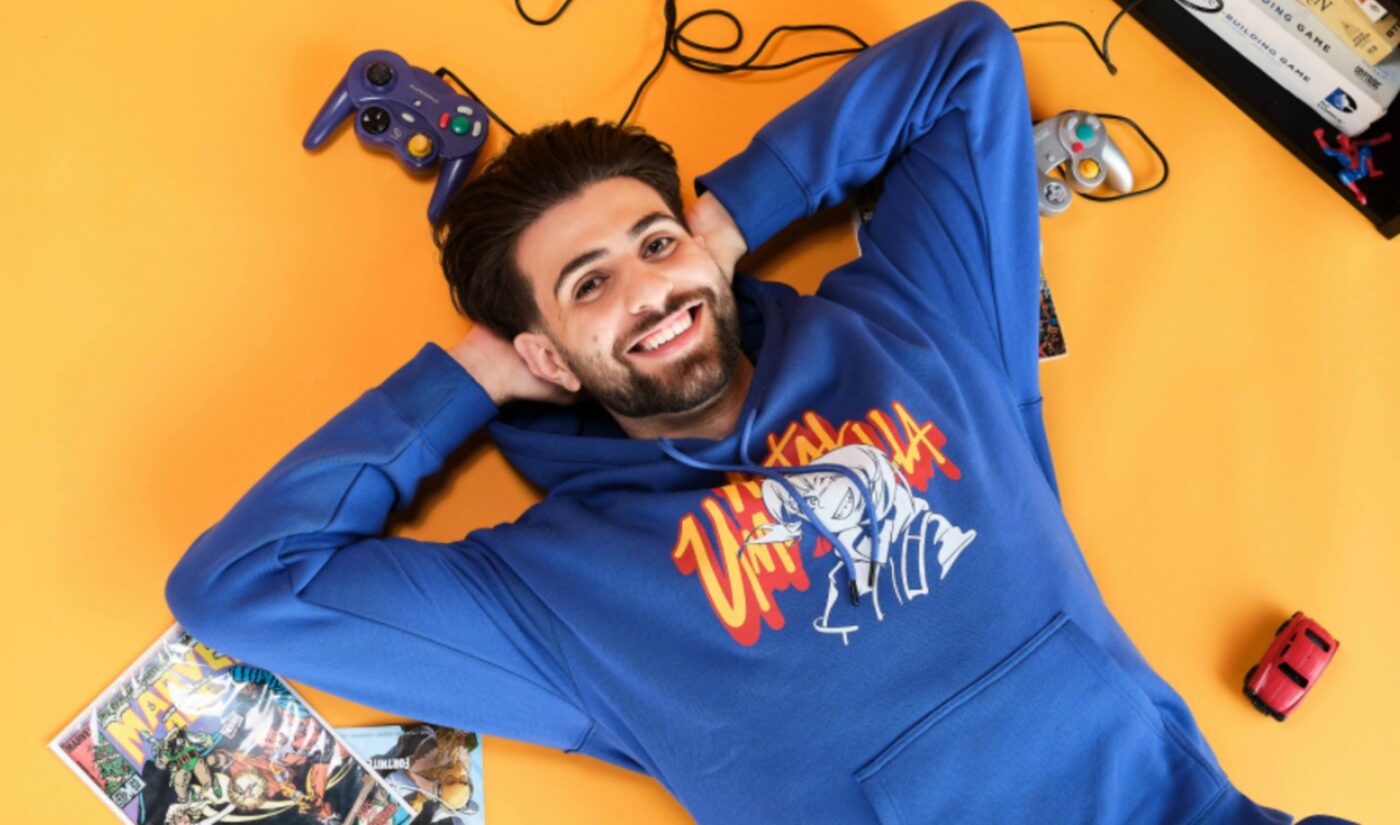 The lifestyle brand drops Aug. 5 on MetalUmbrella.com, with an inaugural collection themed ‘Too Young To Worry’. Items — including tees, hoodies, joggers, hats, and bandanas — will range in size from XS to 3XL.

“A lot of my passion and drive got sparked in my early years when I was around 13,” Hassan, who says he was particularly inspired by the anime Naruto, said in a statement. “I was making my first YouTube videos at that time and my motivation was having fun and connecting with people. This drop embodies that passion that I had starting out for creating content that people could connect with.”

Hassan, who is based in Austin, Texas, counts 5.3 million subscribers on his ten-year-old YouTube channel, which is predominantly home to educational Fortnite content, including tips and tricks. He signed an exclusive livestreaming deal at Twitch last November, where he counts 4.8 million followers.

You can check out Metal Umbrella’s first collection reveal below: