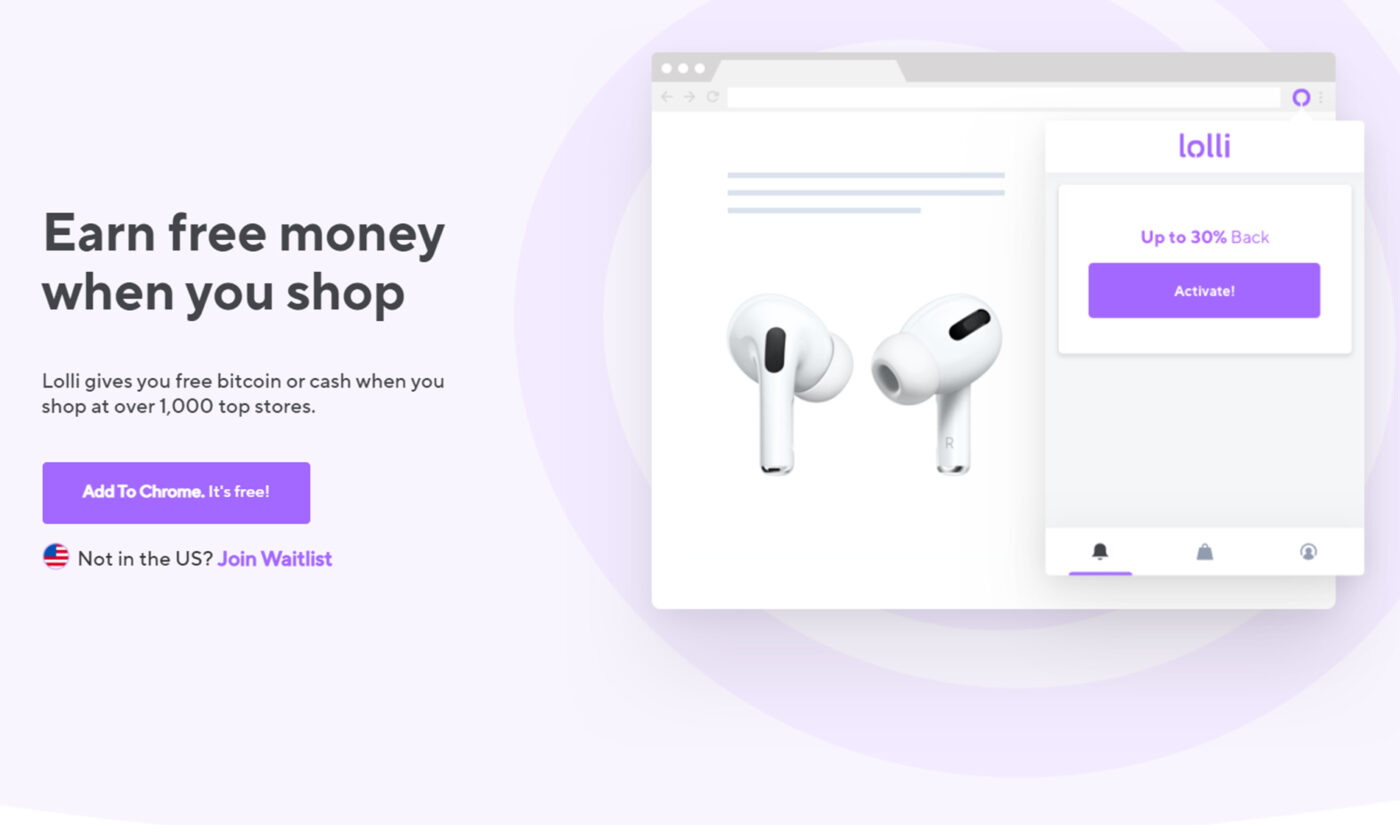 Their investment was part of a $10 million Series A funding round for Lolli, which was founded in 2018 and says it gives users up to 30% of their purchase price back in free Bitcoin when they shop online at certain stores. The round was led by Acrew Capital, with participation from Banana Capital and digital talent company Up North Management.

Other investors in the round include content creators Logan Paul, Chantel Jeffries, LaurDIY, Kenny Beecham, and Baron Davis.

Lolli says funds raised will “contribute to the expansion of the company, hiring, new partnerships, and further development of the recently launched mobile app.”

It has paid out more than $3.5 million in Bitcoin rewards to users so far, it says.

In a statement, Richards (who along with Johnson and Beck has invested in a variety of companies over the past year and a half) described Lolli as a “frictionless avenue into bitcoin adoption” that has “successfully made earning bitcoin fun, accessible, and simple.”

He added, “At Animal Capital, we believe in companies that are meeting modern users where they are–by bringing opportunities to invest in bitcoin to shoppers of all ages. Lolli is poised to transform the way that people, especially young shoppers, think about investing.”