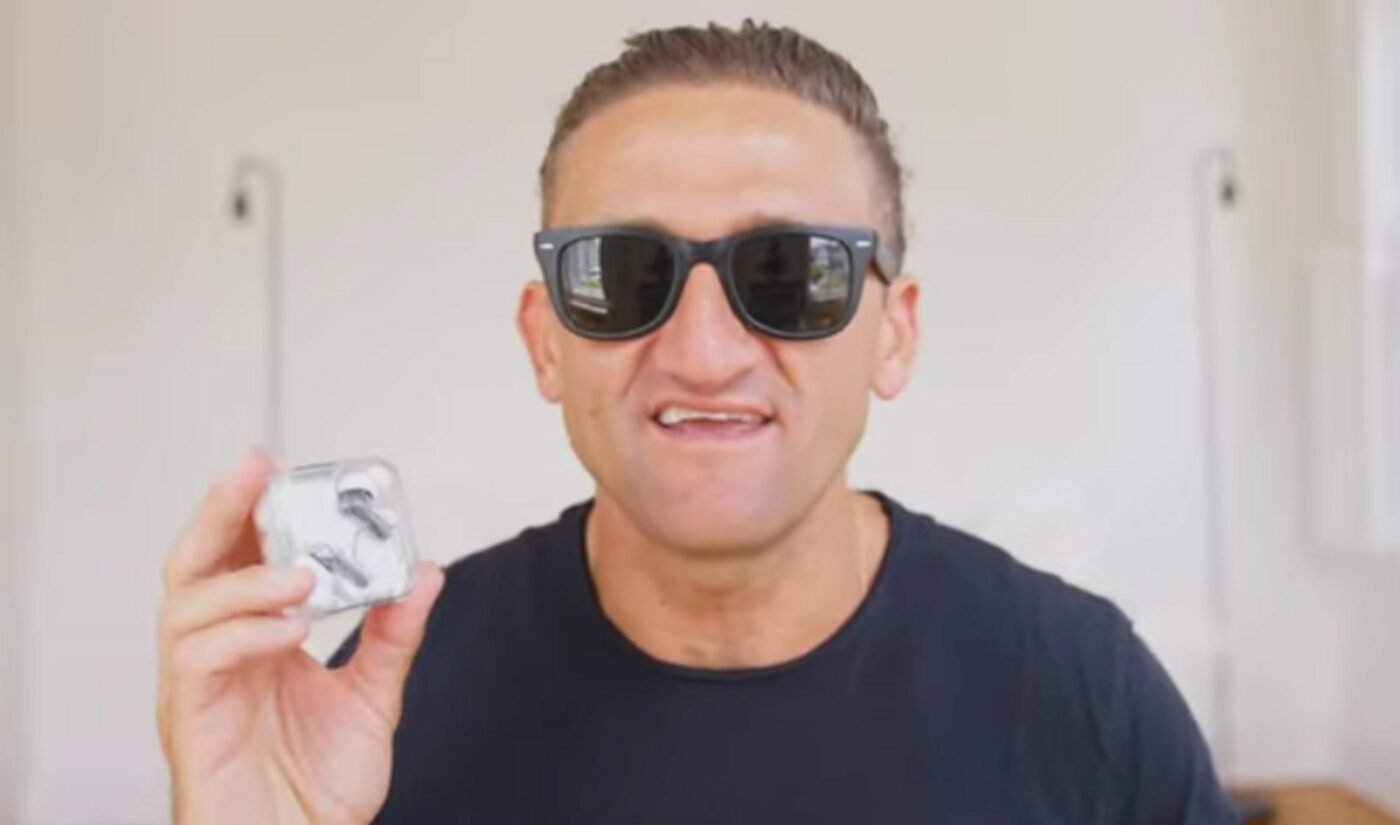 Nothing, a tech startup that counts YouTuber Casey Neistat as an investor, has today unveiled its first product: a pair of wireless headphones dubbed the Ear (1).

The earbuds are predominantly distinguished by a transparent design that exposes their engineering, microphones, magnets, and circuit board — as well as active noise cancellation and 34 hours of playtime. Ear (1) also features a red color to distinguish the right earphone, and comes with three liquid silicone tips. They are priced at $99.

A limited-edition drop in the U.S. will launch at 9 am ET on July 31 at nothing.tech, while the product will roll out widely in August across 45 countries, including the U.S., U.K., and Canada.

London-based Nothing says its mission is to bring “artistry, passion, and trust” to the field of consumer technology. In addition to Neistat, Nothing is backed by Google Ventures, iPod inventor Tony Fadell, Twitch co-founder Kevin Lin, and Reddit co-founder and CEO Steve Huffman.

The startup — led by co-founder and CEO Carl Pei, who previously founded the consumer tech firm OnePlus — unveiled the Ear (1) in a sponsored YouTube live stream this morning on the channel of tech review channel Unbox Therapy (18 million subscribers, 20 million monthly views). During the event, Unbox Therapy host Lewis Hilsenteger interviewed Pei and Neistat, and Neistat also discussed his passion for investing in tech startups after selling his own startup, Beme — including investments in Stir, Public, and Haus.

You can check out the stream below: