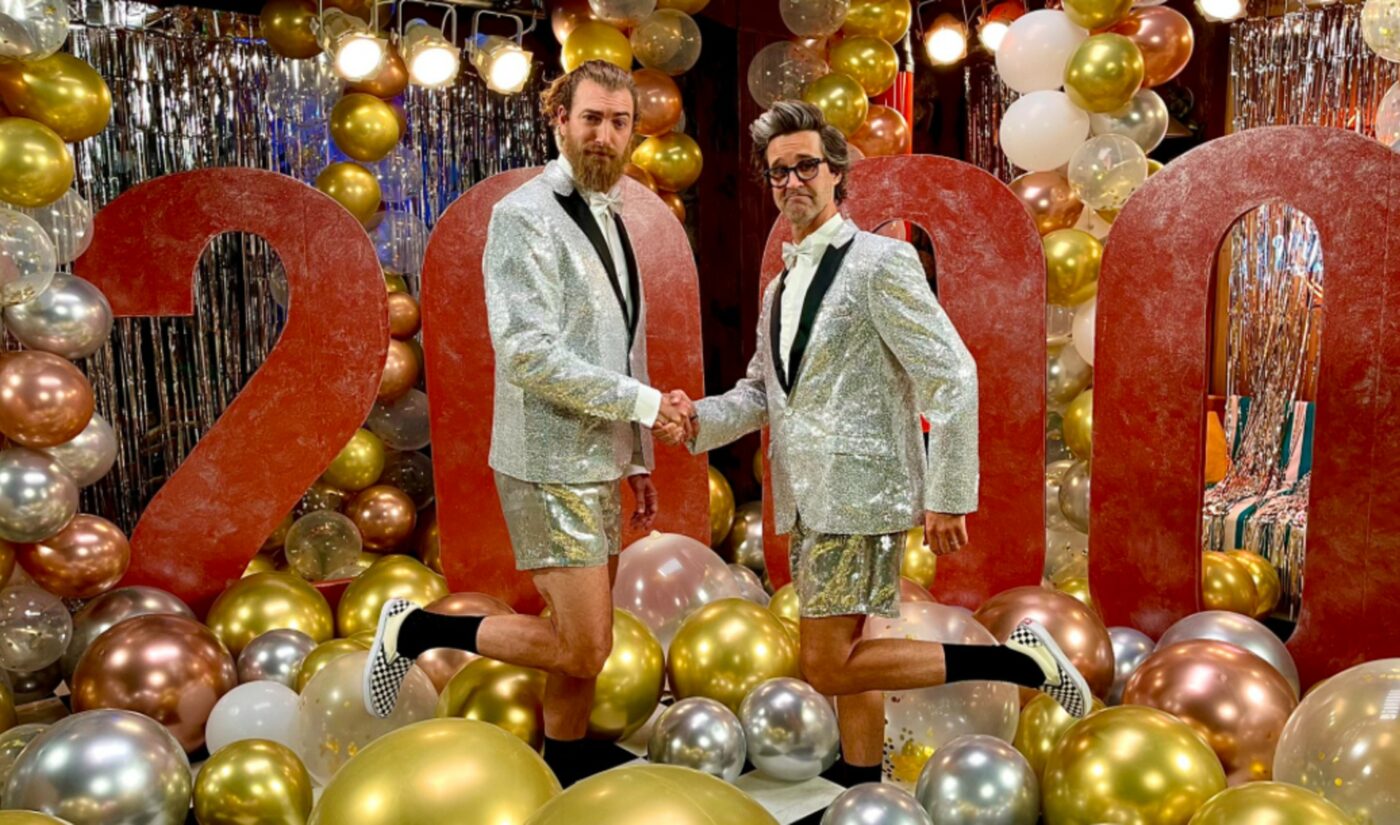 It’s been a busy week for Rhett & Link and their Mythical corporation.

After announcing a $5 million fund to invest in fellow creators, starting with Jarvis Johnson, the co-hosts of one of YouTube’s most beloved talk shows is celebrating 2000 episodes today.

Rhett McLaughlin and Link Neal’s comedy chat series, dubbed Good Mythical Morning, launched on Jan. 9, 2012 and has been viewed 7.3 billion times to date — to the tune of an average of 75 million monthly views. Mythical notes that this viewership is comparable to its broadcast TV talk show peers. Good Mythical Morning airs nearly year-round on weekdays, with its eponymous YouTube channel having amassed 17.2 million subscribers.

In order to fete its 200th show, the guys taste-tested a $2,000 cake, and also announced the launch of a limited-edition silver coin to commemorate the achievement — priced at $20 and only available through July 30. Each coin is packaged in a collector’s edition box and includes an insert with a special message from McLaughlin and Neal.

You can check out the duo’s 2000th episode right here: