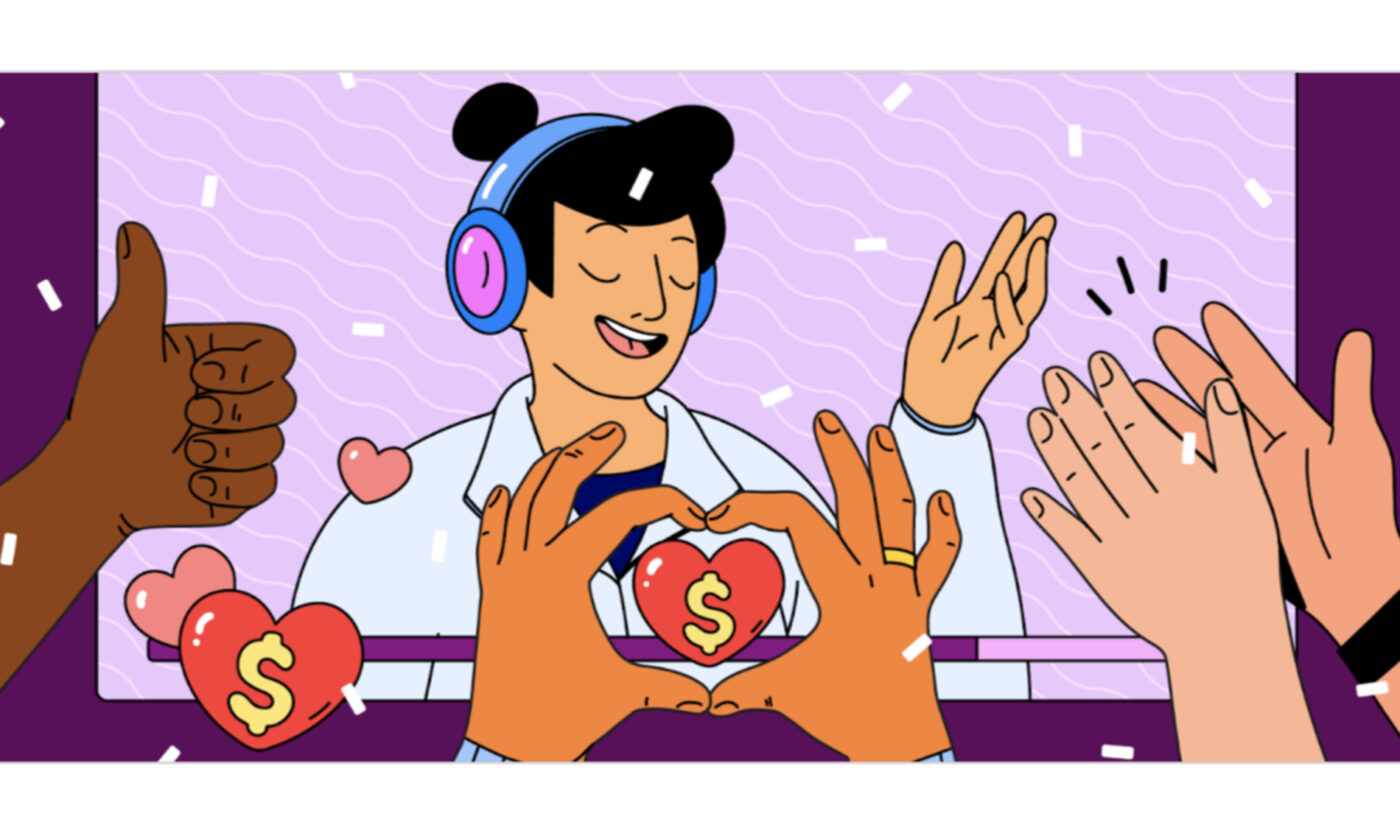 YouTube is rebranding its newest creator monetization tool and expanding it to “thousands” of creators in 68 countries.

Super Thanks, formerly known as Viewer Applause, is one of YouTube’s “alternative monetization” tools–a category that also includes Super Chat, Super Stickers, and Channel Memberships. These features all allow creators to make money on their content outside of AdSense.

Super Thanks works a bit like Super Chat, in that it lets YouTube users give specific amounts of money directly to creators, with the option of attaching a personal message. However, unlike Super Chats, which are sent during live streams, Super Thanks is only for video-on-demand uploads.

Viewers who send a Super Thanks tip will see an animated GIF pop up on their screen, and will have their attached message for the creator highlighted in a “distinct, colorful comment” under the video, YouTube’s product manager of paid digital goods, Barbara Macdonald, said in a blog post about the feature.

Super Thanks tips are currently available at four preset price points, with the minimum tip being $2 USD and the maximum being $50 USD. (These price points apply across regions, and are converted to local currency.)

YouTube began developing Super Thanks in 2019, and rolled it out to a handful of creators in 2020. In her post, Macdonald spotlighted Nicholas Ashbaugh (283K subscribers), a creator who participated in the beta test and now sees Super Thanks account for 15% of his channel revenue.

“Having a built-in feature like Super Thanks ensures that my viewers can show their love and support while watching a video–without interrupting their viewing,” Ashbaugh said in a statement. He added that Super Thanks allows “folks who are watching a replay of a livestream to still feel like they’re being seen.”

Like with Super Chat, Super Stickers, and Channel Memberships, YouTube takes a 30% cut of all Super Thanks tips.

YouTube did not say exactly how many creators now have access to Super Thanks, but confirmed today’s rollout is randomized and will bring the feature to thousands of creators in the YouTube Partner Program.

The platform plans to bring Super Thanks to all YPP creators by the end of 2021.